Winning Poker: How to Get Your Mojo Back after a Hiatus from the Game

The Coronavirus has changed the world. Many of us are practically confined to our homes – with our worksites, schools, favorite restaurants, and other places we would frequent all shut down. Many find themselves with unusual hours and more free time than they’re used to. Many are returning to poker. 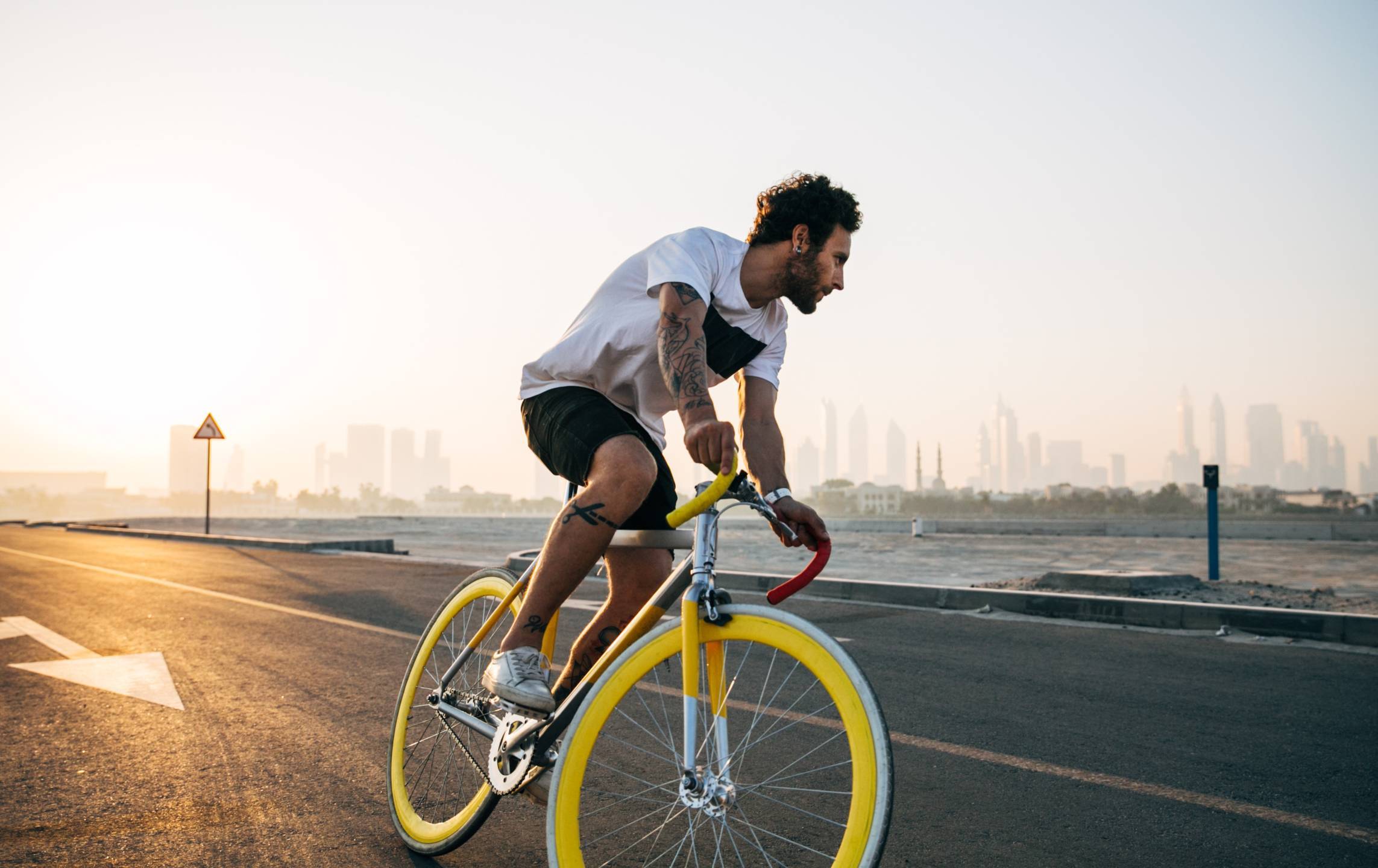 Have you been away from poker for a while? Don’t worry, it will be just like riding a bike. Follow these pointers and you should be up and cruising in no time. (Image: Neufeld Law Firm)

They’re not returning to the casino, however, and they’re not going over to their buddy’s house. Rather, they’re rediscovering online poker – now played with a circle of friends on any of a few dozen platforms. And with their return come some questions about their games.

Even players who used to consider themselves fairly good can feel a bit tentative jumping back in the game. They know they’re rusty, and probably not in their poker prime.

But in some ways, it’s like riding a bike.

Below are seven pointers for players who are coming back to poker. Much like a coach and trainer working with an athlete returning after a long layoff, my hope is that these reminders will help you get back up to speed in no time — without getting injured.

1. Size Up the Game You’re Stepping Into

It’s been a while. Maybe your buddies play exactly like you remember, but don’t be too sure. A lot could’ve changed.

The first thing you want to do is get some idea of how the game is being played – how aggressively, what kinds of ranges. Who’s playing tight, who’s playing loose? Are most online to just have a good time – checking, calling, and playing relatively passively?  Can you generally see the flop for just the big blind?  Are some playing like complete maniacs?  Are some players taking the game more seriously than others?

These are questions you should ask about any game in which you take a seat. But they’re often forgotten when getting back into a game that you think you’re familiar with. Remember, even as you’re making small-talk with old friends, be looking around to establish a few baselines.

2. Reacquaint Yourself with Online Poker Mechanics

If it’s been a while since you played online, make sure that you familiarize yourself with whatever site you’re using. A lot of software has changed, and buttons to activate different features may have moved around.

If available, consider playing a few rounds for play money first. Make sure you know how the bet slider works. Some sites have pre-determined multiples of the big blinds or a percentage of the pot bets so you don’t have to do the math. But maybe you’ll want to just type in a specific amount.

This may sound basic, but misclicks can cause huge, unnecessary leaks. Make sure you don’t accidentally go all-in when you only meant to min-raise, and that you have a sense of how long the site’s player clock lasts before your hand is folded.

Playing poker, live or online, really is like riding a bike. Soon it all will become second nature once again. But until then, you want to minimize any unforced errors.

If you’re starting back after a long layoff and playing in a game where you don’t know your opponents, no one has any idea of how you play. All they’ll know is how you are playing in that game.

So if they’ve seen you play lots of hands, and you’ve only showed down 8-10 offsuit and pocket twos, they may have you pegged as loose. If for whatever reason you’ve folded 20 out of 25 hands, your image will be that of a rock. Be aware of how your opponents see you, as it will help shape how you play as the session develops.

If you’re playing with a bunch of buddies from your “relocated” home game, your image will follow you into the online game. If anything, it will tend to get more pronounced, as you won’t be exhibiting any of your typical in-person tells that might lead others to believe that you were strong or weak in a given hand.

And while your image may begin to change as your play online tightens or loosens up, your opponents will be relying on the type of player they knew you to be when they’re trying to decide whether you’re being deceptive or not.

If you’re trying to re-find your groove in poker, being mindful of position will help maximize your profit from big hands while keeping you out of trouble spots. With the greater speed of online games, you need to be regularly asking yourself how your position plays into your action.

Without the ability to adjust your play based on the physical tells of your opponents – and your reading of how they are reacting to your physical tells — other aspects of poker strategy become all the more important.

Accordingly, you should regularly and swiftly adjust your starting, raising, and calling ranges based on the position you’re in.  For example, before you routinely throw in a raise with AQ suited, make sure to ask yourself whether you’re in a good position to do so.  Don’t allow the hypnotic effect of a fast-moving game mesmerize you into habitual play.

We know you’ve heard it before, but it bears reminding: Your opponents will be trying to size you up, and letting them know that you mean business when you bet will either get them to fold or to put more money in the pot with weaker holdings.

Don’t be afraid to be aggressive. Selective aggression is, in general, one of the keys of winning poker. Once you decide to play in earnest (as opposed to just sitting back and watching how everyone else plays) don’t retreat into timid and passive play just because you are a little unsteady on your feet as you get back into the game.

Remember that your opponents are at least a little off-balance playing against you, as you will surely be an unknown to them. Your initial tightness as you sat back and watched at the beginning of the session will help your aggression along. The better and more observant players will tend to respect your bets and raises. They’ll notice and remember how tightly you played early on.

Maybe it’s been a while since you’ve kept your bankroll separate from your checking account. To keep the game fun, you need to think at least a little about what level of money you’re prepared to risk in this endeavor. Assuming your purpose is to play poker for entertainment, not for a living, determining what kind of bankroll you’re starting with will help you figure out what stakes you can comfortably afford.

Of course, your individual situation and judgment are the final arbiters, but these are good rules of thumb for the typical player.

Poker can be tiring, especially if you’re not used to long sessions when you come back from a layoff. Playing when tired can lead to poor decisions and prove fatal to your bankroll. Try limiting your playing time to no more than three or four hours until you’ve regained your poker stamina. Tell whoever’s hosting the game in advance if you don’t want to seem rude.

You may also want to stay away from tournaments with long structures upon your re-entry to the poker world. These tournaments could require more focus than you remember. Keeping your wits in all situations for an extended time can be tricky if you haven’t done it for a while.

Ashley Adams is the author of Winning 7-card Stud, Winning No-Limit Hold’em, and Winning Poker in 30 Minutes a Day. Since 2007, he has hosted House of Cards, the longest-running poker radio show in the world.