A  loose-aggressive player (LAG) is defined by their frequent betting and raising with a wide range of holdings. They enter pots often, routinely escalate the betting action, and rely on their ability to keep otherwise conservative players off balance. They steal pots with their aggression – intimidating less aggressive and gambling opponents into folding (often with better hands). 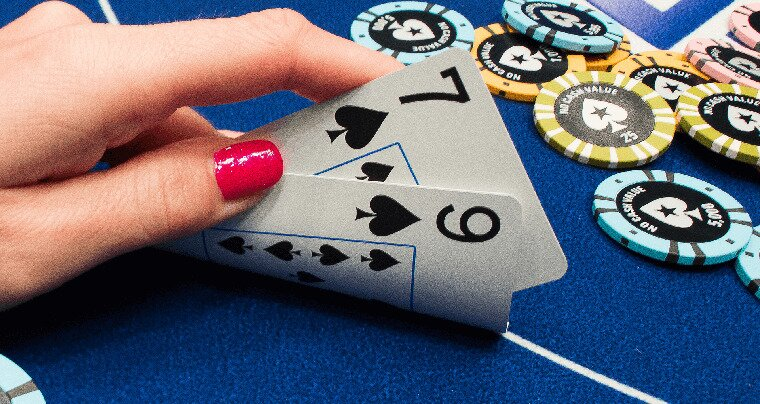 Would you play this hand out of position? With loose aggressive players, it depends. (Image: PokerStars)

And then, when their observant opponents think they have them figured out, they use their wild image to entice calls when they have the stone-cold nuts. It’s no wonder that these LAGS often give tight-aggressive players fits.

Even so, their style of play is exploitable. I’ve put together five things to consider when facing LAGs that should help you escape unscathed – and maybe with a nice profit to boot.

1. All LAGS are not alike

There are true LAGS who play wide ranges thoughtfully and aggressively, and there are pretenders who affect the style of a LAG with comments and the occasional wild move, but who really play fairly conservatively. And then, there are the true maniacs and wildmen who are motivated by the constant need for action and gambling.

There’s a tendency to lump all of these players into the same boat and to address them all in the same way. That’s a big mistake that requires careful observation to avoid.

Is your opponent betting and raising with abandon or, are they shrewdly limiting their aggression chiefly to late position? Are they actually raising nearly every hand or, are they deceptively adopting the banter and affect of a maniac while actually only being the aggressor a relatively small percentage of the time?

While they have created the impression of playing a seemingly limitless range of hands, flashing an occasional bluff, what hands do they actually show down after their large bets?

In short, create a few categories for these players and make sure you’re separating the true LAGs from the maniacs and posers.

You want to have position, as often as possible, on a LAG. LAGs do best when they can take advantage of your reluctance to bet your moderately strong hands for fear that you will be regularly raised out of the pot. They pounce on your weakness.

If you have position on them, it’s harder for them to sense your weakness as they will frequently have to act before you. Accordingly, you want to try and sit to a LAG’s left so you’ll be able to observe their action before you have to act.

3. Aggression can move a LAG off their hand

LAGS win a lot of pots by betting into opponents whom they presume are weak and forcing folds. This often works, as many flops don’t typically improve their opponent’s hands. LAGS are most comfortable facing opponents whom they have cowed into passivity, and they read aggression from normally quiet opponents as a sign of strength. As such, they back down accordingly.

Assuming you have a relatively tight and timid image, you often use it to your advantage by re-stealing pots by raising a LAG’s bet.

Put yourself into the mind of a typical LAG who’s used to being the table bully. They’re used to seeing opponents cower so, when you’re aggressive, they’re likely to assume that this is one of the relatively rare instances of you getting hit by the deck and will fold (assuming they really are a rationale LAG and not just a gambling maniac).

4. Be aggressive when your hand has some value

Aggressively playing back at a LAG is fine, but you really want to limit your re-steal attempts to those frequent, but not constant, occasions when you have a hand of value.

You don’t have to actually have a strong hand, but it should at least have the potential of improving to one.

For example, if you’re in late position and a LAG raises, you can re-raise with a K♥3♥, or A♦5♦, or J♦T♦. Don’t do it with truly trash hands like Q♠7♦, 9♠2♣, or J♦3♥. Similarly, if a LAG C-bets into you, you can selectively re-raise, but do it with nothing worse than backdoor flush draws, inside straight draws, and overcards.

5. Mix in some float plays

You don’t have to show aggression immediately when playing back at a LAG. Sometimes, a good antidote for being bullied is to float a LAG’s raise and then, on the next street, initiate the bet or raise them.

Say you have medium suited connectors like 7♥6♥. The LAG raises in the cutoff and you’re on the button with no one else in the pot. Don’t routinely fold. Call sometimes and then take advantage of what you expect will be a large C-betting range by either raising him right there on the flop or delaying your aggression until the turn.

If you’re perceived as a tight timid player, the LAG will probably lay down his hand, figuring you for one of those infrequent times when you have a hand that has him dominated.

True LAGS make their money by intimidating careful, thoughtful, and otherwise by-the-book players. While others are waiting for the strong hands they’ve read about, the LAG is stealing them blind, especially on the flop when opponents play cautiously.

You can turn the tables by taking advantage of your timid image and re-stealing with selective aggression.

Pick your spots, don’t overdo it, and have at least something of value in your hand. If you do this, you’ll often end up winning the LAG’s chips, at least until your more observant opponents figure out that you aren’t quite as docile as you appear.

Thanks, I really enjoyed reading that