Cash Game Strategy for the Rest of Us: Playing the Position Game
September 4, 2019 Poker Strategy

Cash Game Strategy for the Rest of Us: Playing the Position Game

My last article established that Vegas $1/$2 players are far too loose. But these players have an even more serious leak than playing too many hands; they play them without considering their table position. 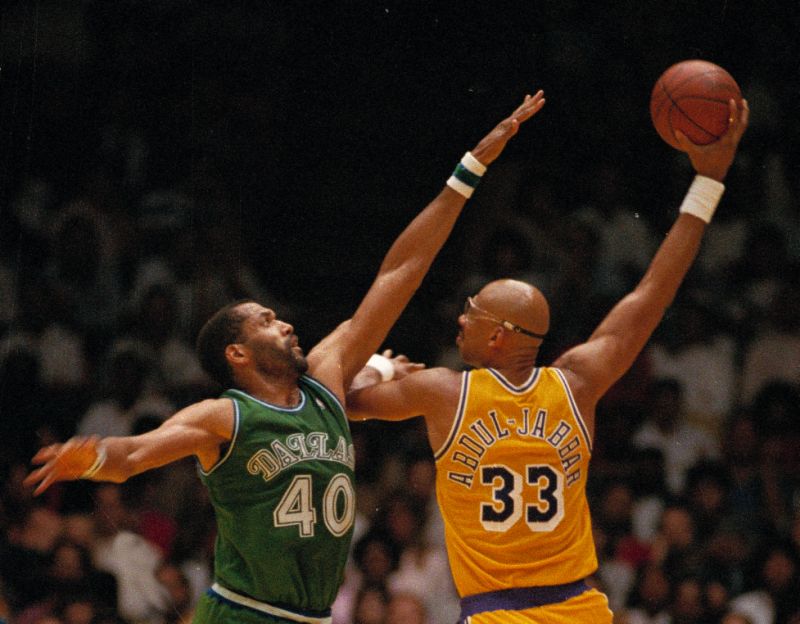 Center is a very tough position to play.”

We can define position awareness as a simple ratio, PAW = VPIP(LP) / VPIP(EP). VPIP (Voluntarily Put money In the Pot) is the percentage of hands we choose to fund. LP (Late Position) is the cutoff plus hijack, and EP (Early Position) is UTG plus UTG+1. PAW is equal to 1.0 when a player has absolutely no position awareness. 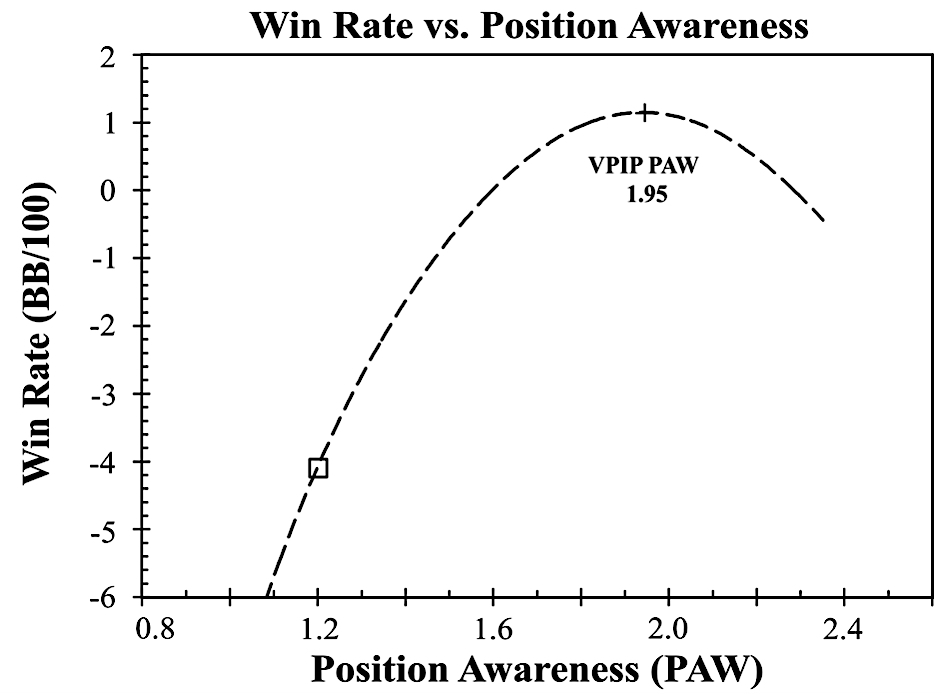 Figure 1. Positional Win Rate (BBs per 100 hands) vs. VPIP Position Awareness for online NL50 and NL100 players. The square symbol is Mr. Average. (Image: from The Statistics of Poker)

Figure 1 plots the win rate of online players vs. their position awareness. We can see that the average online player is only slightly position aware, with PAW = 1.2. This means Mr. Average plays only 20% more hands in late positon. Mr. Average loses a lot of money playing this way, losing about 4 BB/100. Compare this to Mr. Optimal, who wins about 1 BB/100 by playing 95% more hands in late position.

Many players understand that a positional advantage allows them to play more hands, but they are also more likely in late position to be facing a raise. These forces tend to offset each other so many players don’t actually play more hands in late position. Indeed, in an aggressive game, some players may even play fewer hands because they often fold to those raises. Nevertheless, Figure 1 suggests that the power of positon is so strong that it should dominate our strategic thinking.

The average Vegas $1/$2 player is even more position dumb than the average online player, with a PAW of only 1.0. Although he plays a lot of hands in late position (since he doesn’t like to fold to a raise), he plays far too many hands in early position. This is a huge leak, one we can exploit by playing a strong position game ourselves.

We can see the value of position by plotting our win rate vs. VPIP% for each table position, shown in Figure 2. 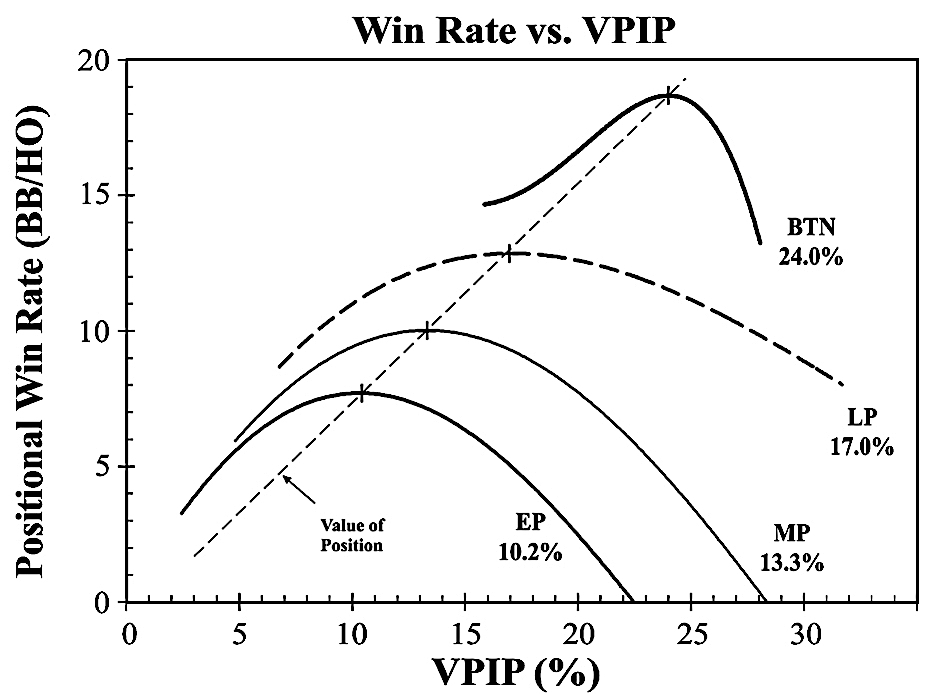 As our position improves, our peak profit also improves. In fact, all of the positional peaks line up very nicely on what I call the “Value of Position” line. This is compelling evidence for the power of position, and is certainly valid for all types of poker.

Figure 1 indicates that the optimum PAW is about 1.95. But Figure 2 suggests it is about 17.0%/10.2% = 1.7. Since the Figure 2 curves are fairly flat near their peaks, the optimum VPIP% could be slightly less than 10% in EP and slightly more than 17% in LP. But also notice that we should play even more hands when we are on the button.

Poker is an Information Game

The value of position is represented by the dashed line in Figure 2; the better our position, the more hands we can play profitably. We don’t even need to agree on the precise value of the “optimal” VPIP% to see that this is a very powerful poker law. This is solely due to the value of information. In any game of incomplete information, the information we do have becomes extremely important. When we act after our opponent, we have information about his hand that he did not have when it was his turn.

Contrary to popular opinion, optimal play is profitable from every position, even under the gun. An optimal player loses money only from the blinds, and that is the consequence of being forced to post the blinds, not due to our poor postflop position.

We should be loath to play marginal hands out of position. We should have a visceral dislike for it.

Low-stakes Vegas players play way too many hands in every position. Playing 37% of their hands from the button may be a modest leak for a strong player, but playing a 37% range from early and middle positions is a profit disaster for every player.

We may not know the precise shape of these curves for a Vegas low-stakes game, but the general principle must be the same — we should be tight in early position and looser as our position improves. We can probably play at least twice as many hands in LP as we play in EP. This is even more valid for a passive Vegas game because we are less likely to be facing a raise in late position.

It should be clear that the power of position should be driving our playing decisions. Most of us should stick with a 10% range in early position. Tightening our EP range even further would not reduce our profit noticeably, and may even help our image.

By the time we reach the hijack, our maximum playable range can be 20% or even higher. (Our actual hijack VPIP% stat will be lower than our maximum range since we will fold some of it to a raise ahead of us.) We can play even wider when we know the button will fold.

By the time we reach the button, our maximum playable range may be as high as 40%, though our actual stat will be closer to 30% since we will fold much of our playable range to a raise.

Steve Selbrede is a retired Silicon Valley engineer and executive living in Las Vegas. He is the author of six poker books, including his most recent Tournament Poker for the Rest of Us (presented by CardsChat). The data visualizations in this article come from his books The Statistics of Poker and Donkey Poker Volume 1: Preflop.

Thanks for the good article and graphics! In fact lack of awerness of position is problem for players not only in cash games but also for tournamen players.