Doug Polk is back in the headlines (as he often is), but this time it’s not the high stakes pro and YouTuber who started the controversy, even though he of course is able to use an ongoing dispute with Fernando Habegger to command the poker world’s attention. 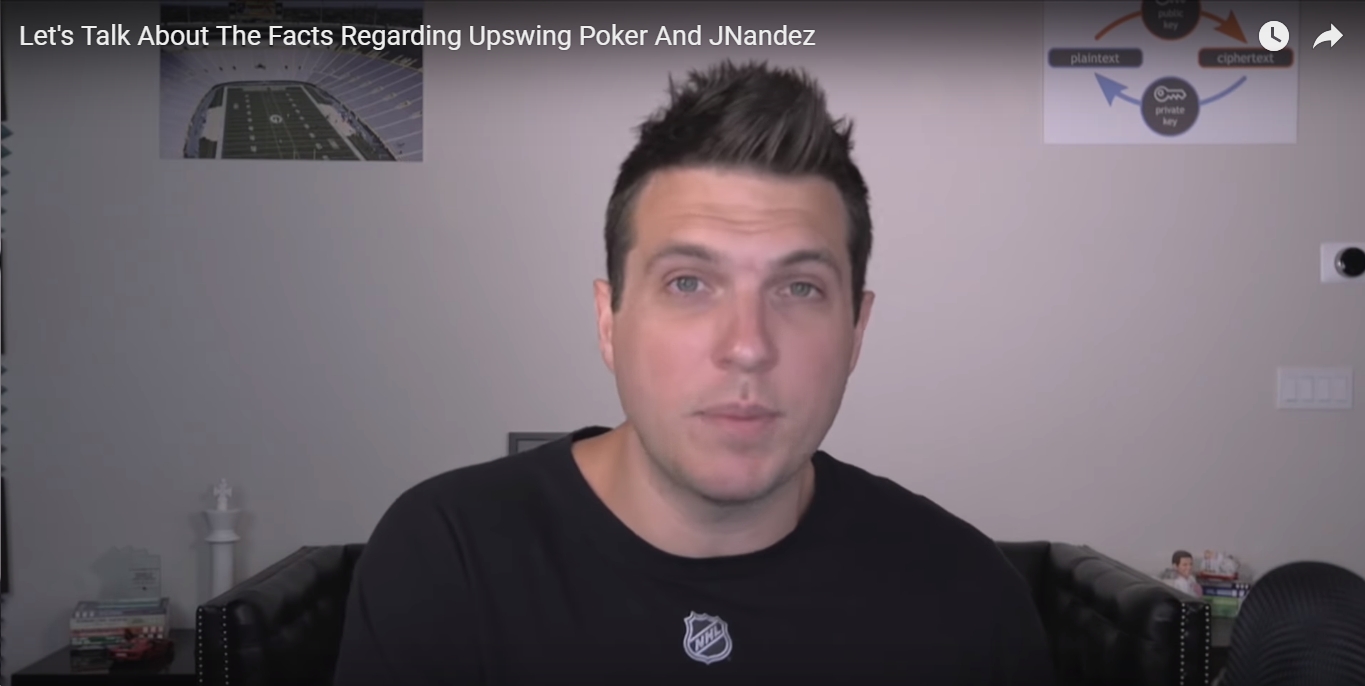 At the heart of the latest problem is a business relationship gone sour between Polk and Habegger, over an alleged $100,000 debt. Known as a Pot Limit Omaha specialist, JNandez87 worked with Polk on the Upswing Poker training site until a contract dispute soured the relationship.

News of the disagreement came to light following an unrelated forum post involving Habegger. Posted on July 19 by horseofhell, the post details how the PLO pro failed to pay the poster’s mom for knitting a batch of scarfs for JNandez Poker.

After reading the post, Polk decided to support the claims that Habegger was a bad business partner. Describing his dealings with the Swiss player, Polk tweeted that Habegger quit Upswing Poker after becoming unhappy with his contract.

He then sets up his own training site known as JNandez Poker and, according to Polk, attempted to “cannibalize” Upswing’s users.

“Fernando not responding to attorneys for breach of contract, and issue is escalating,” Polk concluded his July 20 tweet.

Taking umbrage to the accusations that his actions were immoral and potentially illegal, Habegger posted a video on July 22. Talking for just over an hour, the disgruntled player makes a number of allegations, including the fact that there was tension between him and another Upswing poker partner, Joey Ingram.

Money was also discussed, with Habegger suggesting that he wasn’t compensated fairly for his involvement in the company both as a figurehead and content producer. Countering the claims, Polk released his own video just hours later.

Posting images of the money paid to Habegger as well as the contract under dispute, the 35-minute explanation provides a measured counter to the complex saga.

Beyond the specifics of the latest dispute, the incident is another example of the problems poker players can have with regards to money.

Despite making a living by calculating the most profitable lines to take in a hand, a number of pros have found themselves caught up in money-related troubles in real life. Erik Lindgren, Chino Rheem, Brandon Cantu, TJ Cloutier, and many more have come under fire in the past for debts owed.

Although the latest issue is one that doesn’t involve a direct loan or alleged scam, it is an example of poker player and money don’t always mix.

As for Polk and Habegger, it looks as though the two could be set to meet in court as the former has taken legal action against his former business associate.

Obviously these two can not resolve the dispute among themselves. The fact that there are already two claims against one person should alert. He still has to pay a batch of scarves.