Veronica Brill wants Mike Postle to pay — her attorney’s fees. Brill is looking to recoup as much as $78,600 in attorney’s fees and related legal costs incurred while defending herself against the defamation lawsuit brought against her and 11 co-defendants by the alleged poker cheat. 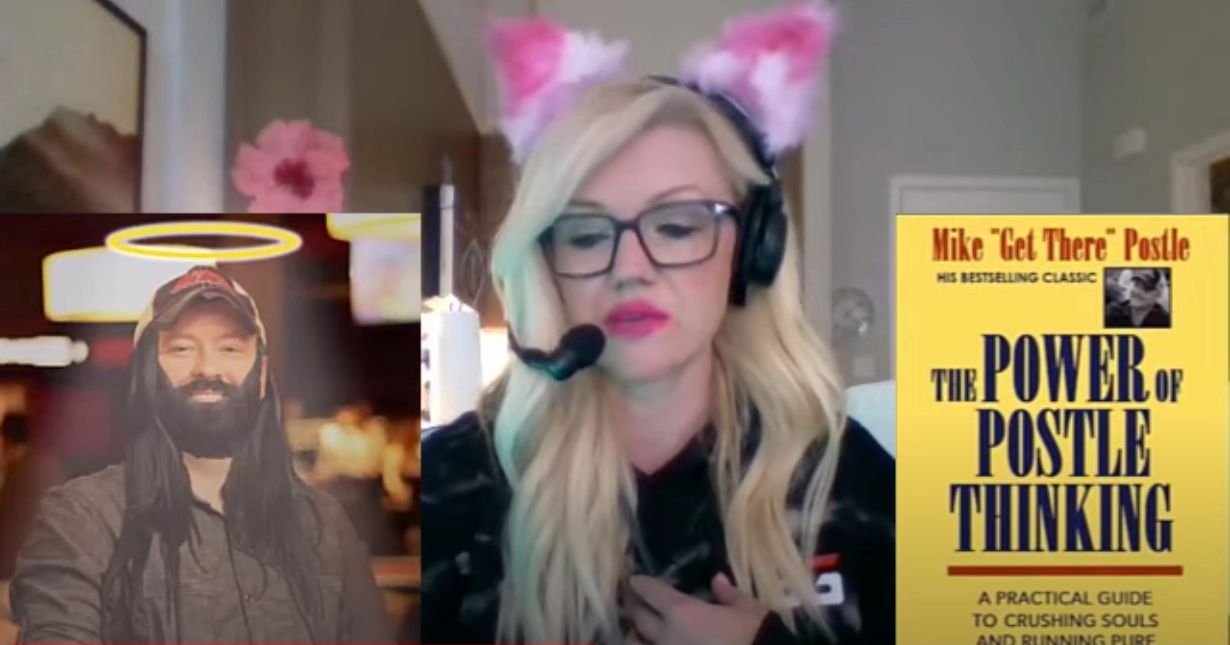 Veronica Brill has repeatedly blasted Mike Postle for his filing of a frivolous defamation suit against her and 11 other defendants. (Image: YouTube/Veronica Brill)

In a court filing obtained by CardsChat News, Brill’s attorney, Marc J. Randazza, detailed the expenses incurred on her behalf while being forced to defend against the largely frivolous lawsuit filed by Postle in 2020. That action sought a massive $330 million in damages from Brill and others.

Brill joins fellow defendant Todd Witteles in filing a formal compensation claim against Postle following his voluntary withdrawal of the libel lawsuit, largely due to his failure to secure replacement counsel after his original attorney successfully removed himself from the case in February. Witteles is seeking more than $43,000 in legal fees, meaning Postle’s liability could top $120,000.

Brill’s anti-SLAPP (Strategic Lawsuit Against Public Participation) motion against Postle remains open but has been rendered moot by Postle dropping his claims. Both Brill and Witteles also have preserved their rights to pursue their legal expenses. Presiding judge Shama L. Mesiwala affirmed the defendants’ right to collect in a tentative ruling issued during an April 20 hearing, in which Postle’s case was formally dismissed.

The 13-page motion to collect legal fees, filed on April 12, asks for $68,639.41 in already-incurred legal fees. That amount includes attorney-related fees of $67,677.50 for the services of Randazza’s legal firm, including a second attorney who worked on the case, Alex J. Shepard. The filing also asks for an additional $961.91 in legal fees.

The filing also includes a presumptive claim for expenses that are still expected to be incurred. An upcoming hearing will determine the extent of Postle’s financial liability, and according to the filing, “Brill requests an estimated $10,000 in additional fees if Postle files an opposition, and $2,000 in additional fees if he does not.” That number is a “reasonable estimate” based on Randazza’s familiarity with the work involved in briefing and arguing motions for attorneys’ fees, the motion says. Randazza noted that Postle has not yet responded to the claim for fees.

Judge Mesiwala may decide on the amount Postle owes Brill in a hearing currently scheduled for May 19. Mesiwala is also expected to rule on the parallel anti-SLAPP motion previously filed by Witteles, though the date of that decision currently remains unknown.

Brill’s attorney, Randazza, didn’t mince his words when talking about the case to CardsChat News, stating, “It is unfortunate that Mr. Postle appears to have received some terrible advice from either really piss-poor lawyers who didn’t have the courage to enter an appearance in the case, or from non-lawyers who decided to play lawyer. Either way — he seems to have listened to idiots.”

The reference to non-lawyers was aimed at the HONR Network, a group founded to battle online defamation that volunteered its services to Postle, including assisting him in his ultimately failed attempt to find replacement counsel.

“California law is crystal clear on this,” Randazza added. “If you file a SLAPP suit, and you try to cut and run after getting hit with an anti-SLAPP motion, you are deemed the losing party and have to pay the prevailing party’s fees. Now, he [Postle] doesn’t even have a prayer of being the prevailing party.

Randazza says he hopes that whoever advised Postle over the past few months is going to help him pay any judgment levied against him. “It only seems fair,” Randazza said.

Question…those who contributed to her defense fund, should Brill be successful, will the contributors be reimbursed or if not, what will become of any funds returned to Ms. Brill?