At long last, 16 months after it began, the World Poker Tour’s Borgata Winter Poker Open has concluded. Veerab Zakarian was the last man standing out of 1,290 players in the $3,500 buy-in event that began in Atlantic City in January 2020, and wrapped up across the country in Las Vegas. 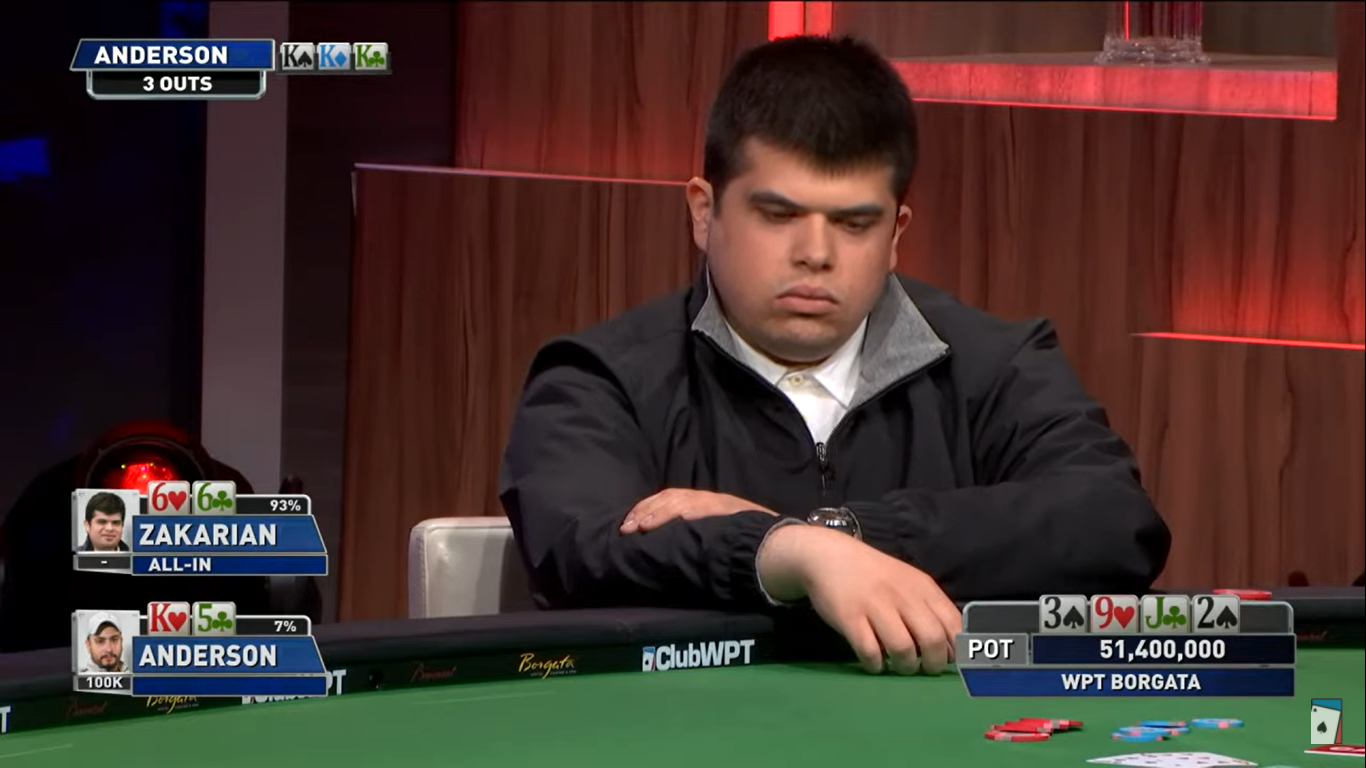 Speaking of wrapping up, that’s exactly what Brian Altman had already accomplished with the WPT Player of the Year award for the 2019-2021 season. But he reached the Borgata Winter Poker Open final table and added on some additional POY points just for good measure.

The Massachusetts poker pro ran away with the POY title, finishing with 3,200 points after his third-place finish on Sunday evening ($333,012). His closest competitor was Jack Hardcastle, who racked up 2,200 points. Altman, had he won the Borgata title, would have posted the top POY record in World Poker Tour history, according to Matt Savage, the tour’s executive director. Altman won the Lucky Hearts Poker Open for $482,636, finished third at the Borgata Winter Poker Open, and Maryland Live! events, and took 10th place in the Legends of Poker tournament.

In total, Altman cashed for more than $1 million during Season XVIII, which lasted from 2019 until this week.

In January 2020, the Borgata Winter Poker Open played down to the final table in Atlantic City. Originally, the six remaining players were to take a two-month break and then travel to Las Vegas for the final table, which was scheduled for the Luxor on the Strip in late March 2020. That plan was, of course, scrapped due to the pandemic.

With COVID-19 restrictions in place all around the country, the WPT had a difficult time arranging a time and place for the final table. They eventually settled on the PokerGO Studio outside the Aria Resort and Casino. Each of the six final table competitors had already been paid sixth-place money ($143,264), but they all had their eyes set on the $674,840 first-place prize and the coveted Hublot Trophy.

Andrew Hanna waited 16 months to become the first player to bust the final table. His early exit didn’t earn him any extra money. Bin Weng then busted in fifth place, receiving a total of $187,900. Nathan Russler took fourth place for $248,913, and then Altman was felted in third place, good for $333,012.

That set up a heads-up match between Veerab Zakarian and James Anderson. Both players had over 100 big blinds as heads-up play started, and their stacks were nearly identical. Anderson had been in this exact position, in this same event, before. In 2013, he lost a tough heads-up match at the WPT Borgata Winter Poker Open to Andy Hwang.

Given the chip stacks, he knew he was in for another lengthy heads-up match on Sunday night. With Anderson holding a solid chip lead of nearly 2-1 after more than two hours of heads-up play, he went for a massive bluff with nine-high on a board of 5-2-Q-5-J with four clubs. Zakarian, holding the king of clubs (and a 5), had a difficult decision to make as he was forced to play for all his chips.

In the end, he made the call and doubled back into a big chip lead. Anderson had pulled off a big bluff a few hands prior, which propelled him into the lead. But the aggressiveness didn’t pay off the second time around.

On the final significant hand of the day, he got caught with his hand in the cookie jar one last time. Anderson moved all-in with K-5 off-suit preflop, and Zakarian snap-called with pocket 6’s. With 51 million in the pot, leaving Anderson with 100,000 chips behind if he lost the hand, the board ran out 3-9-J-2-6, all but ending the tournament.

Anderson was forced to move all-in in the dark over the next few hands, which he won, quickly climbing back to over 3 million in chips. Still trailing 16-1, Zakarian called an all-in with A-5 against K-6. The board came out Q-7-3, all clubs (Anderson held a club). The turn was a K, and the river a 9, and that gave Anderson some life — up to around 10 big blinds.

On the ensuing hand, Zakarian finally finished it off with 10-5 beating out J-4 when he turned a straight. The newest World Poker Tour champion took home $674,840 and the runner-up earned $449,904.