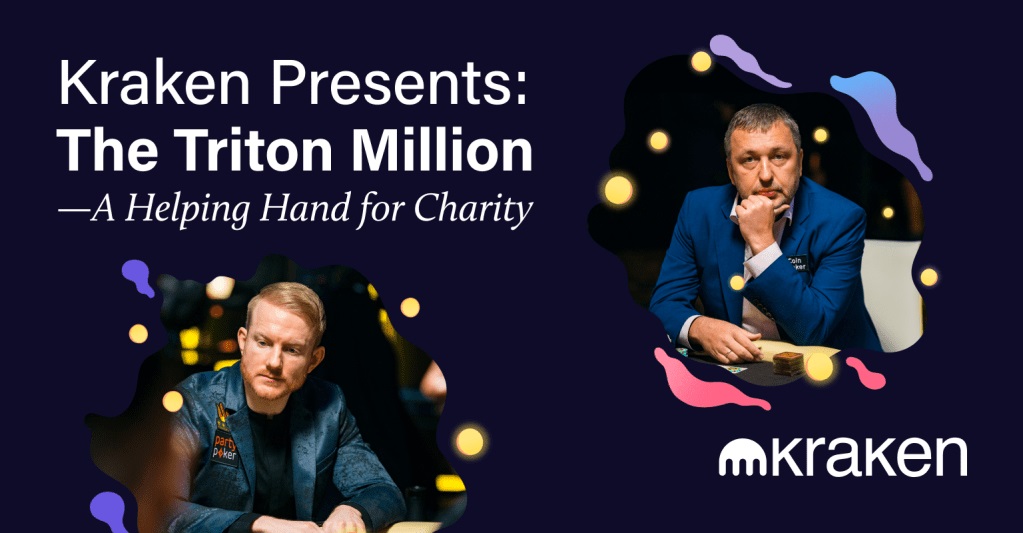 Although the link-up is little more than Kraken becoming the sponsor of a new YouTube series from Triton, it does open some interesting future possibilities.

According to Kraken’s press release, the exchange is supporting the digital premiere of the Triton Million: A Helping Hand for Charity. The 10-part YouTube series covers Triton’s 2019 super high-roller event in London. The first episode went live on Sept. 24 (see video below). Three additional episodes have been released since then and, as of this week, Kraken is the presenting sponsor.

Triton was set to return to London in 2020 for another super high-stakes event, but COVID-19 put the brakes on those plans. With ongoing restrictions making it tough to organize something else this year, Triton is using YouTube to keep people interested in its flagship tournament.

The site hopes its association with Kraken — one of the largest cryptocurrency exchanges in the world and available in over 200 countries — will bring some extra eyes to the content. That alone should stir up some interest among the crypto community.

However, it’s the long-term benefits of working with a cryptocurrency exchange that Triton could be banking on.

Kraken can open the door to cryptocurrency innovations

We know that Triton partnered with Protocol Sports Marketing in 2020. Protocol has relationships with TV networks, including ESPN, Fox Sports, and Sky Sports. As such, the deal gave Triton the chance to get its events shown on mainstream media platforms.

The partnership with Kraken is another step toward greater exposure for Triton. Moreover, it can pave the way for crypto-based crossovers.

Kraken launched in 2011 and has the necessary provisions to process crypto transactions and, in turn, list digital tokens on its exchange. In practice, these services would allow Triton to set up a system whereby players could buy into a tournament using cryptos such as Bitcoin. Kraken could also help Triton create and sell its own digital tokens.

Those two innovations alone would help put Triton on the cutting-edge of digital technology and on a different level to other live tournament operators. For now, however, Kraken will serve as the presenting sponsor for Triton’s YouTube series.