This pandemic has been extremely difficult for those of us who have gotten used to playing live poker. Our public poker rooms shut down – and few if any home games remain. We long for them to reopen and restart. 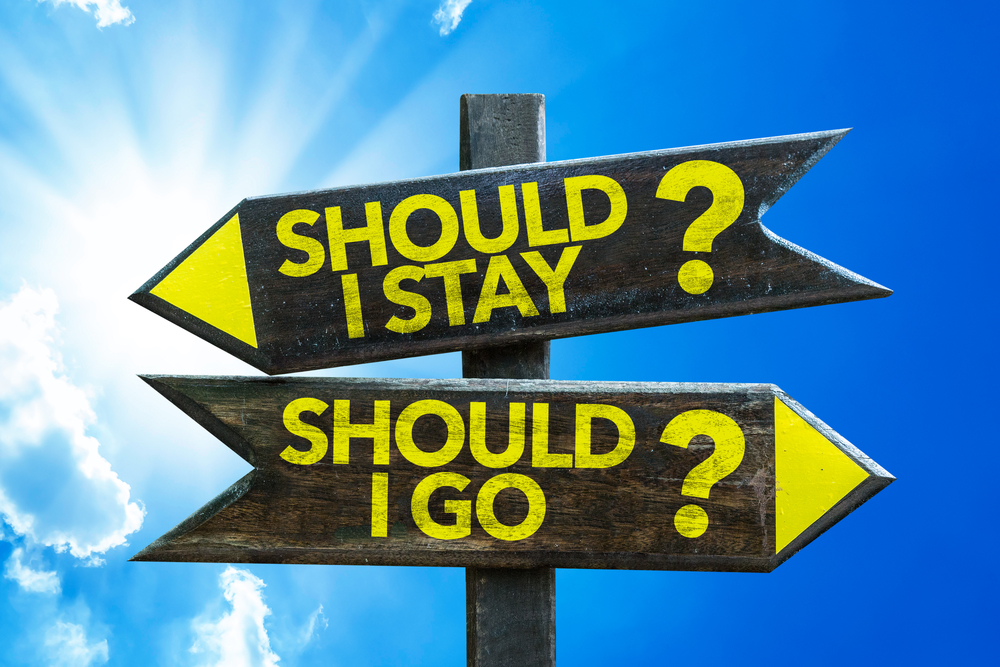 Deciding to leave a game is one thing. But as many of us have learned, following through with that decision is another. (Image: PartnerHope)

That’s happening now. We’re eagerly heading back to play, but like someone starving from not having eaten for a long while, we have to be careful we don’t over-indulge when we get back to the table. We need to think about how long we’ll stay in a game, and when and why we should leave.

Generally, there are two schools of thought on the matter:

Staying in a Good Game vs. Setting Limits

When things change — your focus wanes, your opponents change, your edge dulls — you should think about leaving.

The other school of thought is that you should set limits to determine when you should leave. These limits come in three varieties: loss limits, win limits, and time limits. All are nearly self-explanatory, and all come with their advantages and disadvantages. To make sure there’s no confusion, let break down each option to assess their merits, or lack thereof.

A loss limit sets a pre-determined limit of how much you’re prepared to lose. Lose that amount and you stop playing.

The apparent advantage of setting a loss limit is that you’re assured of leaving the casino with no greater loss than the amount you decided in advance you could afford. By deciding that you’re prepared to lose up to $1,000, and adhering to that limit, you won’t end up with some larger, catastrophic loss by chasing your initial loss.

The disadvantage of a loss limit is that it fails to account for the most important ingredient in profitable play — whether you have an advantage over the game you’re in.

If you’ve lost $1,000 but the game is great, why go? It’s one long game, after all.  Critics of setting a loss limit point out that if you plan in advance to set a loss limit of $1,000, you’re likely to fulfill your plans. And that’s not a good route to profitable play.

A player who sets a win limit leaves the game after winning a predetermined sum, regardless of the condition of the game or the length of time they’ve been playing. With a $1,000 win limit, for example, if you stack two fish in his first hand and win $1,388, you get up and leave the game.

The win limit seemingly protects your profitable session by leaving before you can lose your winnings back.

The disadvantage is that you fail to capitalize on any skill disparity you may have over your opponents. Good games aren’t always available. If you’re winning because you’re playing against terrible and deep-pocketed opponents, leaving when you’ve reached your limit is depriving yourself of future earnings that you can earn against less skillful players.

A time limit is a predetermined limit on how long you play. If you set a six-hour limit, for example, you leave after six hours, regardless of how you’re doing or how good the game is.

The advantage of this method is that you protect yourself from the erosive effects of staying too long. You also separate your decision to leave from how you’re doing – preventing a downward spiral brought on by wanting to stay until you’re even or you’re too tired to play at your best.

Time limits, like win and loss limits, prevent you from staying longer to take advantage of a game that may be profitable for you.

At first blush, it seems obvious why we shouldn’t set any artificial limits on the duration of our play. The logic is inescapable. Players gain an advantage over the game if they are sufficiently skilled to win money from lesser-skilled opponents.

That’s the precise reason many of us play the game. With proper practice and good game selection, we make money in the long run – unlike so many other forms of gambling.

Profitable playing opportunities don’t always exist. Sometimes, games are filled with a bunch of nits, rocks, and highly skilled players like ourselves. We sometimes have no advantage. So, when game conditions are such that we do have an advantage, we’re making an error by not playing, even if some artificial limits have been reached.

There is a problem with this logic, however. It presumes that we always know when game conditions are favorable and unfavorable. It also presumes that we can always accurately assess when our skills have diminished and when the game is no longer “good.”

Finally, it presumes that we can do this when we’re in the midst of a long, unprofitable session that might be putting us on tilt.

While there are surely professionals who are very good at sizing up a game, no matter how they’re doing and how long they’ve been playing, most recreational players cannot.

Similarly, there are some players who have a very good finger on the pulse of their own ability to play at their best. Many, however, find that accurate self-assessment during long and difficult sessions is very difficult, as is having the fortitude to leave under those circumstances.

How many of us have the internal strength of self-assessment combined with self-control to honestly recognize when we have .08% alcohol in our blood and are impaired? And who among us with that ability has the self-control and discipline not to drive when we so assess our alcohol level to be at .08% or higher?

Just from anecdotal experience, I can say that it’s a truly exceptional person who can drink moderately at a party and then declare that they will take a taxi, or ask someone to drive them home because they are “over the limit.”

The condition of being somewhat inebriated contributes to a lack of self-control and difficulty in self-assessment, as people tend to overestimate their ability to drive well; and when they are drinking, they are especially prone to think their driving is fine.

In an ideal world, we would play poker only when it’s profitable to do so, and leave when it isn’t. But we don’t live in an ideal world. We live in the real world where self-perception and assessment are often diminished just when we need them to be at their best.

With that being the case, it may sometimes be useful to come up with artificial limits based on any of the three criteria of time, loss, or win, that force us away from the table at least temporarily.

While not ideal, these limits could trigger us to at least take a break from the game so that we can more clearly determine whether we’re playing well or are fatigued, whether we’re still making good decisions, and whether or not we’re still better than our opponents.

If we believe conditions are still in our favor, we can stay for a while longer.  If not, then we leave.

Written by
Ashley Adams
Adams’ poker career began as a winning 7-card stud player at Foxwoods in the ’90s. From there he’d go on to author poker books, and in 2004 launch House of Cards Radio, now the longest running poker radio show in history. His latest book -- Winning Poker in 30 Minutes a Day (D&B Publishing, 2020) – provides a step-by-step guide for break-even or losing no-limit hold’em players to transform to someone who can beat typical games.
Share this story 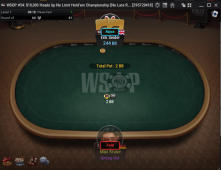 1. Three WSOP Bracelets on GGPoker Awarded on Sunday, Main Event on the Horizon

1. Three WSOP Bracelets on GGPoker Awarded on Sunday, Main Event on the Horizon