PokerStars is giving one person the chance to join Lex Veldhuis, Fintan Hand, and Ben Spragg and become the site’s next streaming sensation. 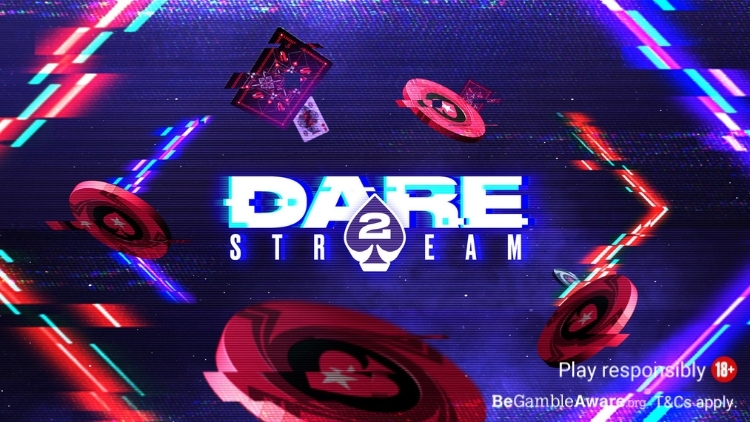 PokerStars is giving one person the chance to become an official ambassador if they can host an entertaining Twitch stream between now and Dec. 17. (Image: PokerStars)

The company’s latest promotion is less about being a master poker player and more about conveying the excitement of the game. Dare2Stream launched on Monday and will run until Dec. 17. The first Dare to Stream promotion saw Richy Rob and Gilles, aka Ghilley, each win $1,000 and a PokerStars Platinum Pass.

This year, the ante has been upped and the winner will become an official PokerStars Ambassador for one year.

PokerStars to sponsor the next streaming sensation

Ghilley won’t be taking part in this promotion, but he urged others to participate because the original Dare to Stream changed his life.

In all seriousness, good luck to anyone competing in Dare 2 Stream!

Winning this event was literally life changing for me at the time, and I haven't even played the $25K yet!#Dare2Stream @PokerStars @GJReggie @pyefacepoker Have fun with the competition guys! https://t.co/PaRaDE9OzY

Entrants don’t have to be winning poker players. However, they will have to stream their online exploits via Twitch.

A panel of judges will be keeping an eye on the most popular streams throughout the competition. Once the event ends, the person judged to have the most entertaining and engaging stream will be declared the winner.

How to enter PokerStars’ Dare2Stream

Twitch advice from the pros

Mason “pyefacepoker” Pye and Georgina “GJReggie” James will be part of the judging panel. They were picked up by PokerStars in 2019 and made ambassadors thanks, in part, because of their Twitch streams.

James’s advice for anyone entering Dare2Stream is start slowly and make sure they understand the fundamentals of Twitch. “Be prepared, keep it clean, and have all the basics: a simple overlay, some basic alerts, and a bio,” James told the PokerStars blog.

Other than covering the basics, the trick to hosting a popular poker stream is to be confident and enjoy it, no matter what happens.

“Take a few deep breaths, close your eyes, and go for it. It doesn’t have to be perfect. Don’t worry about making mistakes. It’s live streaming, you get hiccups and tech issues,” James continued.

The year-long contract with PokerStars is the top prize, but it’s not the only one. Anyone who streams a minimum of 10 hours a week will get a free ticket to a $55 MTT. Additionally, two streamers per week will win $109 MTT tickets for producing the best clips.