PokerStars is getting into the festive spirit and looking reclaim its position as the leading online operator with a stocking full of virtual reality innovations and $85 million in tournament prizes. 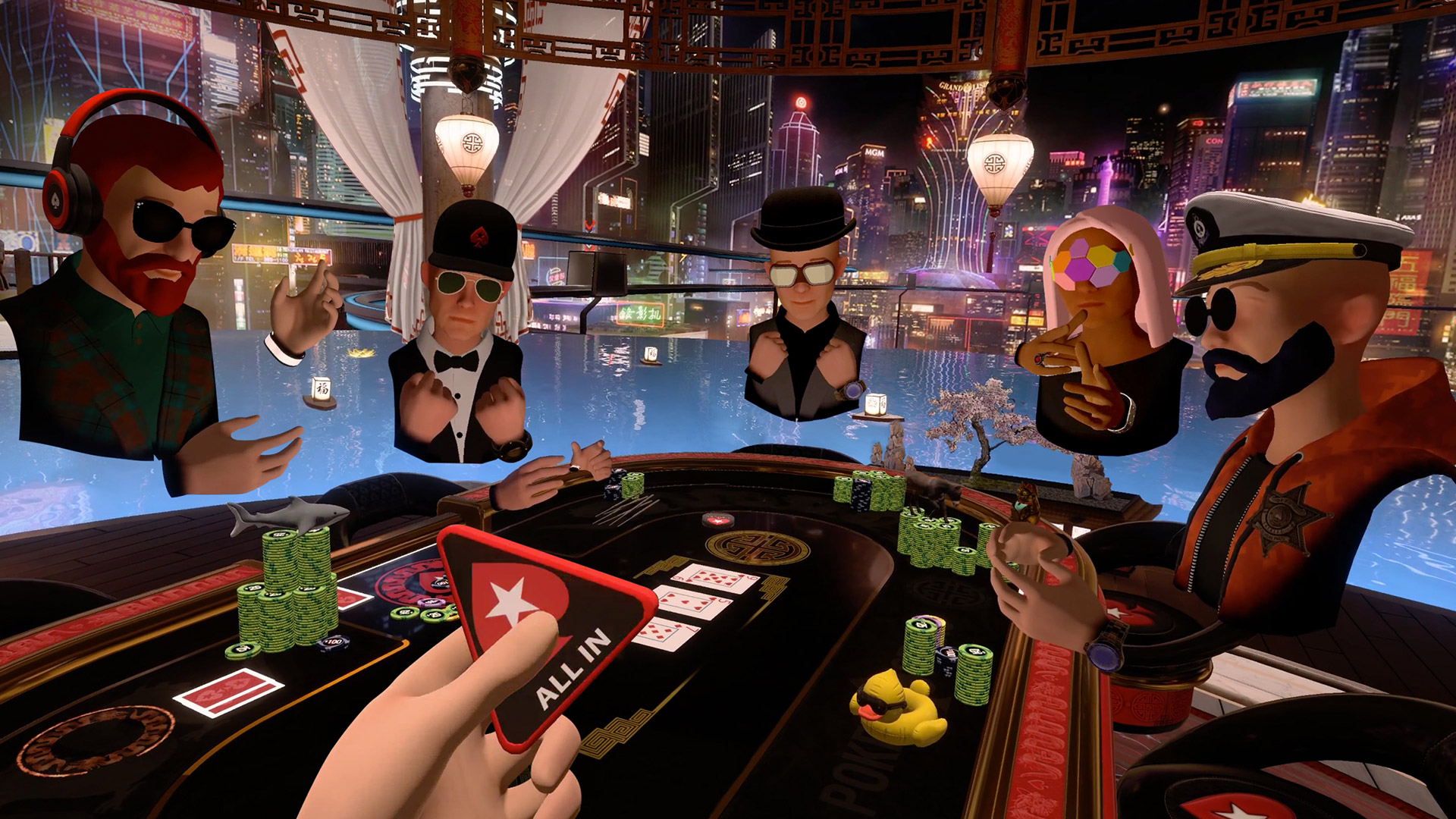 PokerStars VR is getting a festive makeover ahead of the $40 million Winter Series. (Image: Steam)

Following the release of PokerStars VR in November, the operator has announced details of a seasonal update. Set to feature Chris(tmas) Moneymaker and a team of sponsored pros dressed as elves, the upgrade will bring some added value to the already popular product.

Since going live on the Steam gaming platform, PokerStars VR has received a “very positive” rating from users. Building on this, the holiday changes will add a wintery backdrop to the lobby and give players the chance to sip eggnog, fire snowballs at their opponents and take part in various prize giveaways.

In tandem with adding value to its virtual reality product, PokerStars has made a play to counter Partypoker’s recent record-breaking MTT. Announced on December 12, the Winter Series will give away at least $40 million in prize money over a two-week period.

Starting on December 23 and running through until January 7, the online festival will combine with an additional selection of MTTs and offers to generate a guaranteed prizepool of $85 million.

The highlight of the 16-day schedule will be the $5,200 main event on January 6. But with 60 events at four buy-in levels, low and medium stakes players will also be able to play for individual prizepools worth $750,000+.

Alongside the international Winter Series, players in Southern Europe will get to their own version of the event, as will those in New Jersey and India. Publishing details of the Southern European Winter Series on December 14, PokerStars confirmed it will offer the region’s largest total prizepool with €20 million/$22.6 million guaranteed across 297 events.

In rolling out a new selection of innovations, PokerStars is aiming to raise the bar once again. With Partypoker recently hosting the richest online MTT in history, new standards have been set.

For the industry as a whole, a healthy rivalry between two of the leading operators is a sign that online poker is as vibrant as ever. For players, PokerStars’ Winter Series not only means more value over Christmas but the start of a trend that will lead to more added value across the board in 2019.

It seems that pokerstars is light years away from the other rooms.
I would like to try the VR of pokerstars, it seems very funny, but someday I can play, and I will tell you how is the experience. 🙂

I think poker is the best poker room. Great news about new events in the new year. It’s good that there is competition between the two leading poker rooms (as long as they compete, the amount of money in the bank increases) 🙂