Before poker shut down in LA due to the COVID-19 pandemic, it wasn’t uncommon to find large poker tournaments running regularly at some of the city’s most popular poker rooms, including Commerce Casino, the Bicycle Casino, and the Hustler. Tournament poker returned to the City of Angels in December 2021, but since then, we’ve only seen events run at the Bicycle Casino and Commerce Casino. 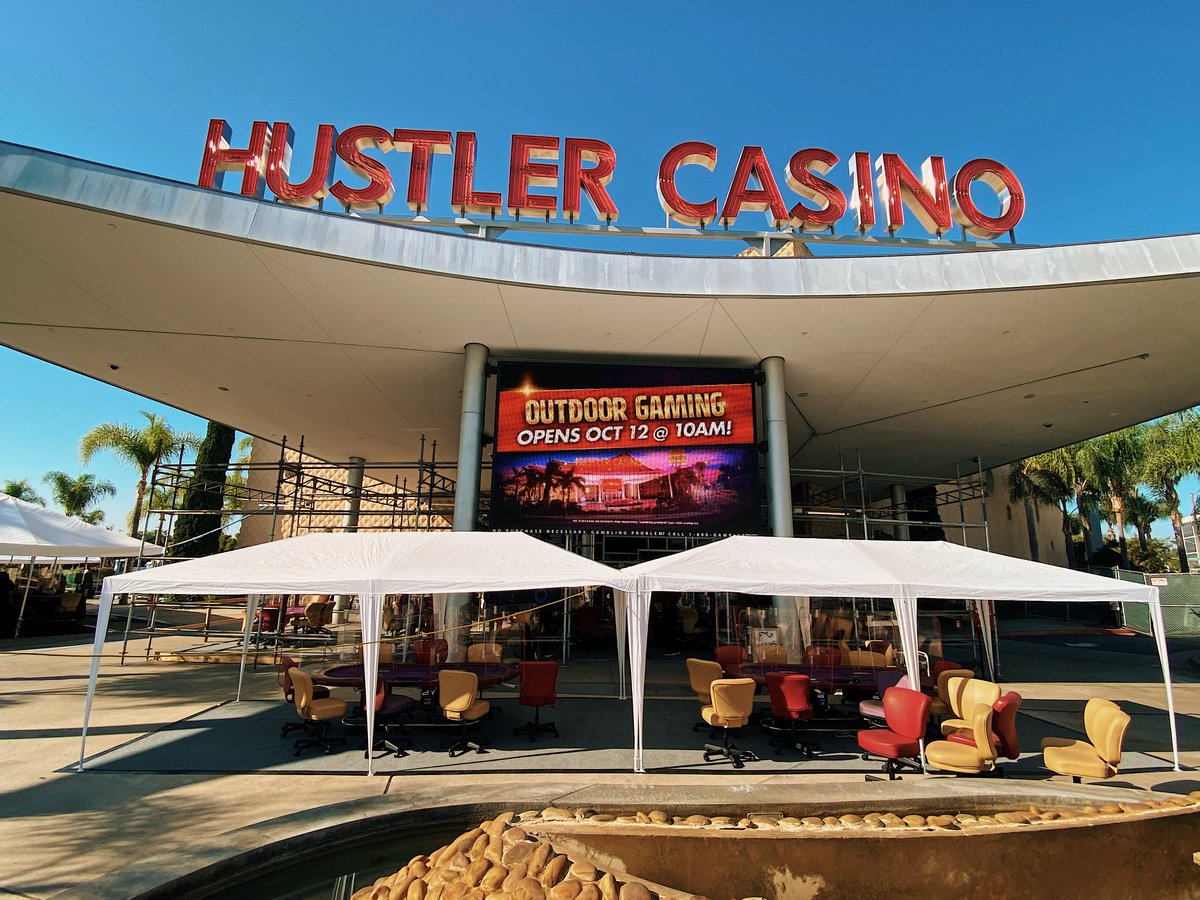 Poker tournaments will return to the Hustler Casino in Gardena, California starting next month. (Image: Twitter/hustlercasinola)

Shaun Yaple, General Manager at the Hustler Casino, has now confirmed that will be changing come April. “We are bringing a small tournament series back for the last two weeks of April and then will start a small tournament schedule. We are excited to be coming back,” he told CardsChat.


Things have changed in LA

It has been quite challenging for the Hustler Casino to get to this point, Yaple said. COVID regulations in California have made it very difficult to maintain staff throughout the last couple of years. In addition, as Yaple explained, the major casinos haven’t been working together as they used to, which makes it difficult for Hustler to stake its claim on the city’s tournament poker scene.

“Reserved dates for LA clubs went out the window [and] many tournament dealers deal at multiple properties. The LA clubs used to informally get together and map out blocks of dates. This allows for proper staffing and a higher likelihood that guarantees are met,” said Yaple. “This didn’t happen for 2021 or 2022.  Some clubs have been very aggressive with long series, and we were looking for a time slot that would give us the best chance of success.”

Another big question mark for Hustler is where the tournaments will be held. The Crystal Room was primarily used for tournaments before the pandemic, but that has since been transformed into the Hustler Casino Live show space. As a result, tournaments will now be held in the cash game area, according to Yaple.

“The change was done to utilize the Crystal Room for high-limit and Hustler Casino Live while flowing our other cash game offerings onto the main floor. It has been well received by our guests. The tournaments will be held on poker tables 1-12, which are the first tables to your left (and near the poker cashier cage) when you enter the main entrance.” 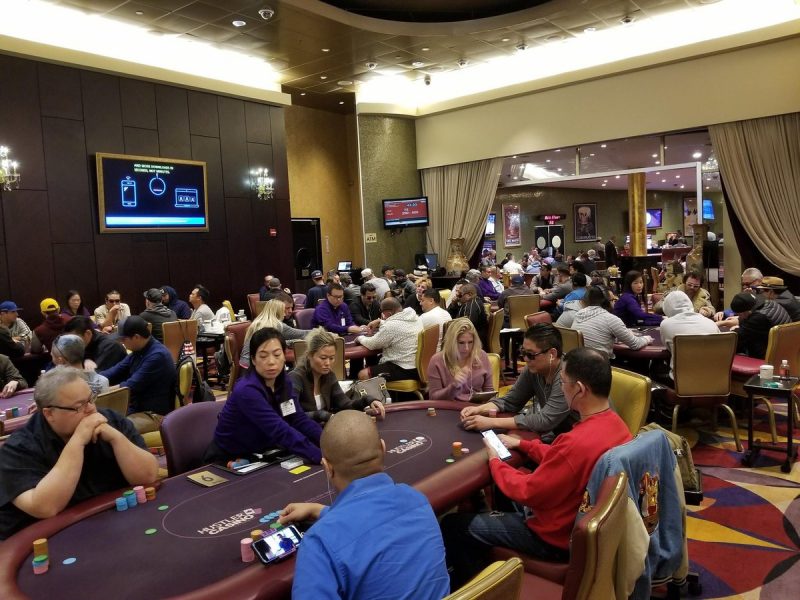 The Crystal Room (above) will no longer be used to host poker tournaments at Hustler Casino. Instead, tournament players will be seated on the casino’s main floor. (Image: Twitter/hustlercasinola)

Moving forward, Yaple says that Hustler is taking a measured approach in its return to tournament poker, and is starting with just a few small guaranteed events.

“This first Tournament mini-series will be us dipping our toes in the water,” Yaple said. “We will have a 100k, 50k, and a Mystery Bounty tournament.  We haven’t done this in two years. We need to walk before we run. Our next series will be more ambitious.”

Yaple says that masks will not be required while playing, but adds that the rules are always subject to change based on the state’s regulations.