Tournament poker is officially back in Southern California. After a massively successful series at the Bicycle Casino to end 2021, the LAPC at Commerce Casino is smashing guarantees left and right. 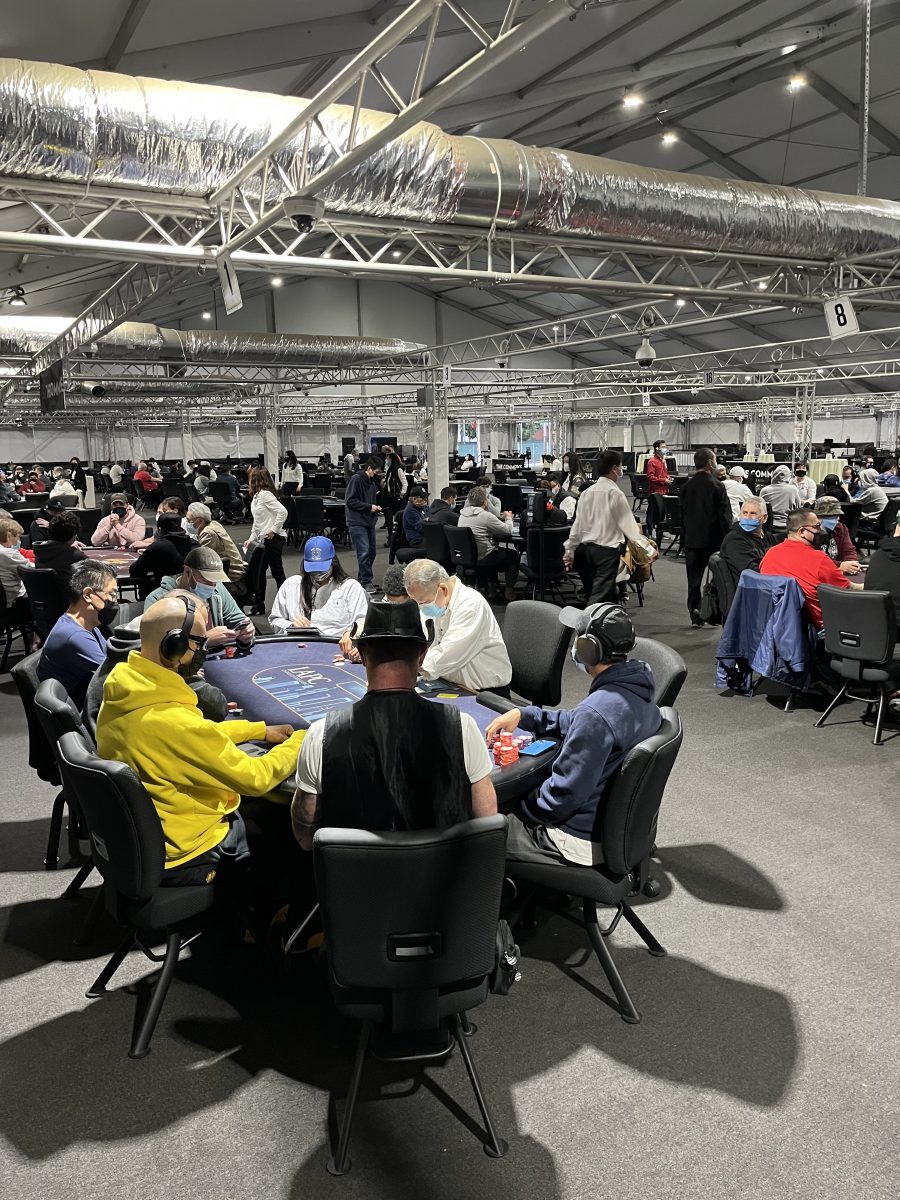 All of this year’s LAPC events are being played in a tent outside the Commerce Casino. (Image: Kevin Taylor)

The series started with a $25,000 Guaranteed Event that, amazingly, saw nearly $150,000 at the end and a first-place prize that was more than the posted guarantee. Last week, the first multi-day tournament, the $100,000 Guaranteed Event, also saw nearly five times the guarantee, with 1,446 entries, and a prize pool of just over $490,000.

While this year’s LAPC isn’t being supported by the World Poker Tour, tournament director DJ Villegas says it’s still drawing big numbers that he hopes will entice more players to travel to Commerce for these events.

“People may have not wanted to travel in from say San Diego and kick themselves for not making the trip. If the guarantee was higher, it may have been even bigger.” Villegas continued “Last weekend, in a normal time, should have been around $300,000 but we got almost $500,000, so we look great.”

One of the players who’s happy to see big tournaments back at Commerce is eight-time WSOPC ring winner and former WSOP National Championship bracelet winner Sean Yu. Yu has been at the Commerce virtually every day, and the hard work paid off for him again, as he was one of the five players involved in the chop of that near $500,000 event, earning more than $40,000 for his initial investment of just $400. Yu was quick to praise the tournament staff for seemingly making the best of a tough situation.

“I’m mostly happy to see leadership back at the Commerce tournaments and, specifically, with DJ back as the tournament director. He really listens to the players and serves as the middle man between us the players and management.”

The tournaments are being played in a 60-table tent featuring plenty of space that’s hardly discernible from the usual tournament ballroom, at least during the day. According to another regular grinder, Anthony Pitesa, playing in the tent is actually a nice change of pace from your usual card room.

“I actually don’t mind playing in the tent. During the day it’s nice seeing sunlight instead of inside the casino with no window. But at night it can get chilly, so dress warm.”

Villegas said he was suspicious when he found out that the tournaments would be played in a tent, but was immediately sold when he saw the space for the first time. And he says that many players who were critical of the setup before coming out have all had positive experiences. 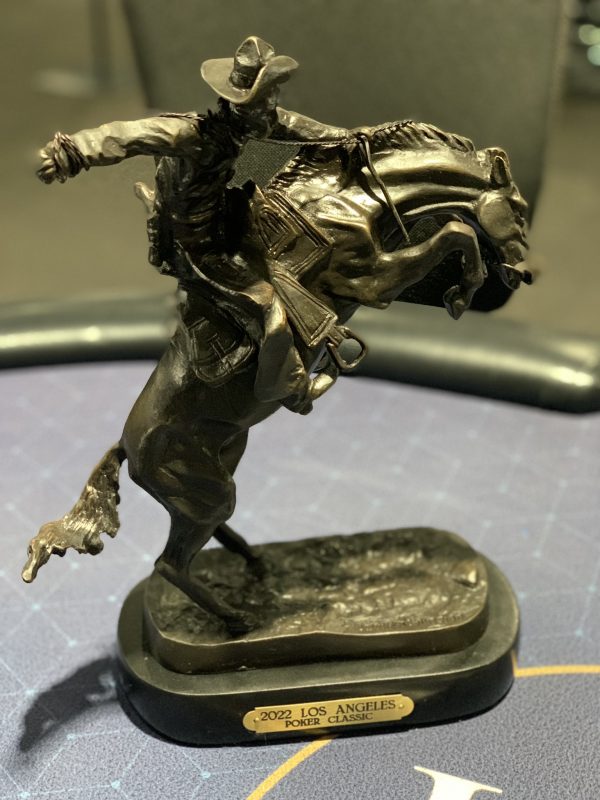 The winner of each LAPC event is awarded a Remington trophy. (Image: Twitter/CommerceCasino)

As for what’s to come in the series, many players have their eyes set on the upcoming $1,100 Commerce Classic Event and the $10,000 Main Event. While neither tournament has a guarantee, Villegas believes that with the hype around these events and the Super Bowl coming to town, both of those events will generate prize pools worth more than $1 million.

“I know the 40/40 will do well, but the Commerce Classic, I think will easily hit a million. $1.5 would be great, not sure if it will hit that without a guarantee, but I’ve been getting a lot of messages asking about that. We’ll have plenty of satellites leading up to it,” he said.