An amateur British poker player has been sentenced to five years in prison after being arrested for, among other charges, biting off part of an opponent’s ear following a disagreement at a local pub tourney. 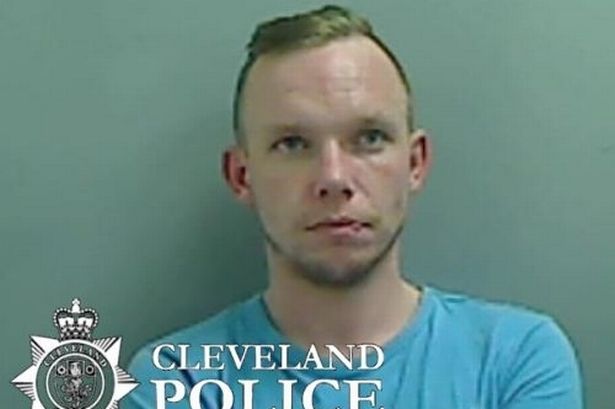 Pub poker player Kalem Lodge has been sent to prison for five years after biting off a piece of an opponent’s ear. (Image: Cleveland Police)

The incident took place in September 2018 in Hartlepool, England, but was only heard in court last week.

Recounting the attack, prosecutor Victoria Lamballe said Kalem Lodge had been in the Mill House pub for its regular Texas Hold’em tournament.

During a break, he went outside for a cigarette where he kicked a friend of victim John Archer. Approaching Lodge, he was asked if he wanted to fight before being punched in the face.

A scuffle ensued, resulting in both men falling to the ground. While there, Lodge sunk his teeth into Archer’s ear before tearing off a chunk and yelling “I’m Chucky!”

The assailant delivered more blows to Archer as he lay on the ground before efforts were made to stem the bleeding. Despite putting the piece of ear on ice, doctors were unable to reattach it.

Defending Lodge, attorney Stephen Constantine said his client had personal problems from a young age, none of which were his fault.

He also said that the two pub players had reconciled their differences and provided two letters from Archer that showed the victim wasn’t in favor of a custodial sentence.

Despite the apparent contributory factors, Alistair MacDonald QC said too much damage had been caused. In addition to causing a lifelong “cosmetic disability,” Lodge was involved in an equally violent incident in September this year.

Following a dispute over money and drugs, he went into the victim’s home armed with a machete. However, upon opening the door, Lodge found an air gun pointed at his head.

That arrest added to a long history of criminal charges and resulted in the judge handing down a five-year prison sentence.

Although extreme, disputes and disruptions at the poker table can and do happen. In March this year, a disgruntled player at the Talking Stick poker room in Phoenix, Arizona, was forcibly removed after causing a ruckus.

The same month, players at the Bellagio in Las Vegas had to take cover as an armed robbery attempt turned into a gun fight.

After demanding money from the poker room cage, the unidentified man made off with chips before shooting at security officers, who returned fire. The man was eventually shot and hospitalized, allowing police to recover the stolen money.

He looks nothing like Chucky. He deserves what he got just for impersonating Chucky. Chucky had better hair.

People with anger problems, we are human and we commit mistakes but these types of players must be avoided at live tables, this type of attitude problems are evident, or they could have been drugged, the authorities will have to investigate and punish

This puts a whole new spin on hungry for a win.