Never doubt Phil Galfond’s abilities to come from behind in a Galfond Challenge. The Run it Once poker site founder has erased nearly all of a $300,000 deficit to Chance Kornuth, and all the momentum is currently on his side. 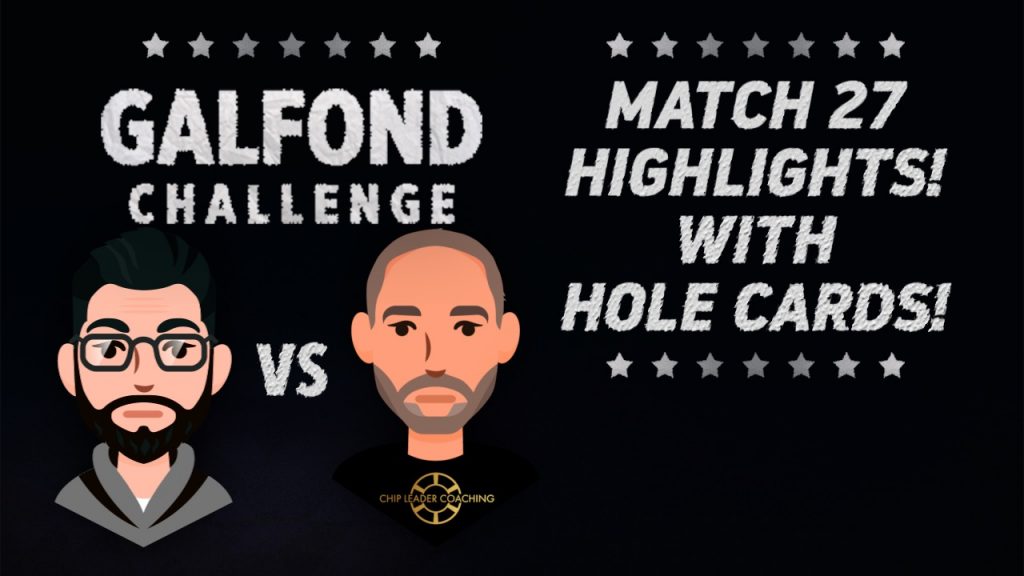 Phil Galfond is back in the ballgame after previously trailing by hundreds of thousands. (Image: Twitter)

But the truth about momentum is, it can flip the other way at any time. So, while the online poker pro once known as “OMGClayAiken” is currently running good, Kornuth very well could bust out to a huge lead once again in a matter of minutes.

Galfond entered the competition nearly two months ago as a heavy favorite (4-1). As such, he laid 4-1 odds on a side bet ($1 million to $250,000) against Kornuth, the Chip Leader Coaching founder. Early on, Galfond showed why he was so heavily favored, jumping out to a $280,000 lead just nine sessions into the 35,000-hand Pot-Limit Omaha match.

But Kornuth battled back and then, took over the third Galfond Challenge. He’s led for the past 18 sessions and was recently up by more than $300,000. No deficit is too large for Galfond, however, as we learned earlier this year in his competition against “VeniVidi1993.”

Months after trailing by more than $900,000, he pulled off a miraculous comeback to edge out the online poker pro. He may be on his way to pulling off yet another comeback.

New Ballgame in the Galfond Challenge

On Nov. 14, Kornuth won $91,000, bringing his overall lead to $344,000. He’d gone from heavy underdog to the favorite, and was, seemingly, on his way to winning a bunch of money in a cash game and an additional $1 million from the side bet. Now, he’s still in the lead, but barely.

Galfond racked up three straight winning sessions this week, two by double digits, starting with the $123,000 profit on Sunday. On Tuesday, the former Full Tilt Poker star booked himself a $47,000 profit, cutting the deficit to $174,000, or about nine buy-ins.

Things got even better for Galfond on Wednesday, who ran red hot the final hour of the session. He finished the day with a 144,000 profit and is now just $30,000 behind Kornuth, erasing more than 90% of his deficit from one week ago. The online poker stars have now played just over 14,500 hands at $100/$200 stakes on WSOP.com. They still have around 20,000 hands left to play, so it’s still anyone’s ballgame.