The PokerGO broadcast of the World Series of Poker Main Event has lost one of its most popular voices to a COVID-19 diagnosis. High-stakes pro and commentator Nick Schulman announced tonight via Twitter that he tested positive for the virus and will not be in the booth tonight as the Main Event field plays down to the final table.

Came down with covid I thought it was just my body reacting to Ali but it is indeed the 19. Thankful for the time in the booth and for the epic sweat that is upon us over the next few days. See you guys soon❤️

When he isn’t offering his thoughts on televised hands, typically as a team with Ali Nejad, Schulman plays some of the biggest games in the world and can often be found playing in the Legends Room at the Bellagio. He has three WSOP bracelets of his own, a WPT title, and more than $13 million in lifetime tournament winnings.

After playing pool competitively in his teens, Schulman started playing poker seriously at the age of 19, and was soon winning big in cash games and tournaments, earning him the nickname “The Takeover.” At the age of 21, he won the WPT World Poker Finals for more than two million dollars.

Schulman is a well-liked player and a fan favorite in the booth, and the tweet received hundreds of replies with well-wishes, including those from fellow on-air personalities Jeff Platt and Maria Ho. The broadcast team of Lon McEachern, Norman Chad, and Jamie Kerstetter also wished Schulman well during the broadcast. 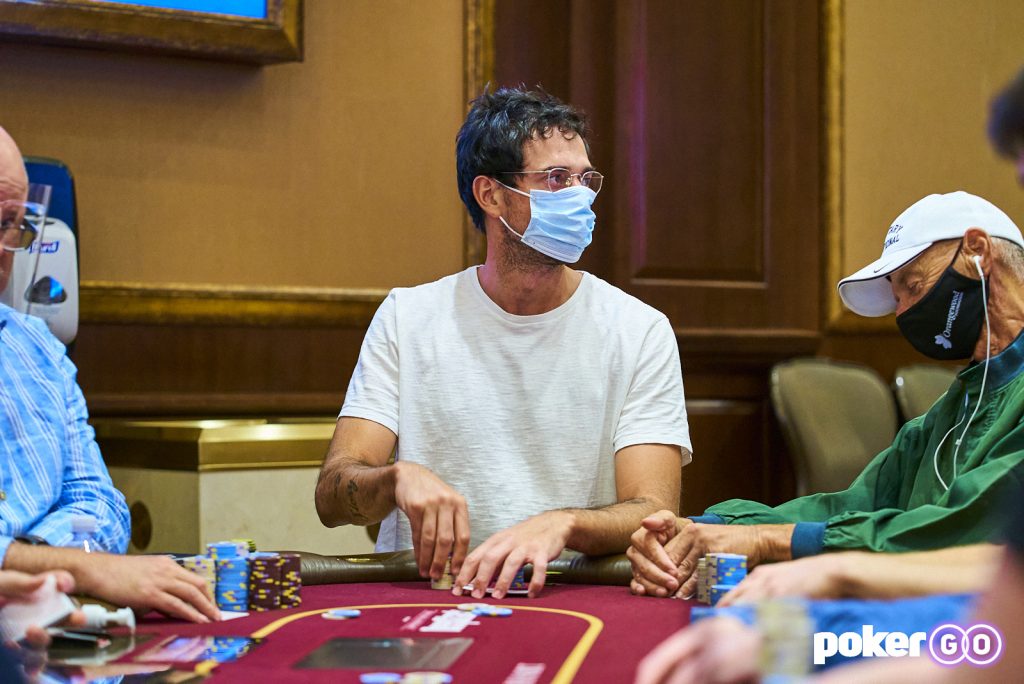 Nick Schulman, seen here at a Venetian high roller, has been one of the most popular commentators on the WSOP broadcasts in recent years. (Image: PokerGONews)

All players, media, and WSOP workers were required to show proof of vaccination to take part in the series. Vaccines are, of course, not 100% effective and we all have seen a one- or two-outer hit. But they do dramatically reduce the likelihood that a case of COVID will manifest in a dangerous way.

The only other high-profile name to receive a positive test in recent weeks was Vanessa Kade, who is fully recovered and feeling better after a rough patch. There has been no indication that Schulman is in serious danger at this point, and we here at CardsChat are hoping for a speedy recovery.

The main event started with 6,650 players and started day seven with only 36 of those players remaining. The plan for the day is to play down to the final table where each player will be guaranteed at least a million dollars. The winner will receive $8 million and the massive gem-encrusted Main Event bracelet.