Soccer Star Neymar Looks to Score at the 2022 WSOP

It’s not often that a Limit Hold’em event takes center stage these days, but all eyes were on the $10K Limit Hold’em Championship at the WSOP on Sunday when Brazilian soccer superstar Neymar Jr. came to Las Vegas for his shot at WSOP gold. 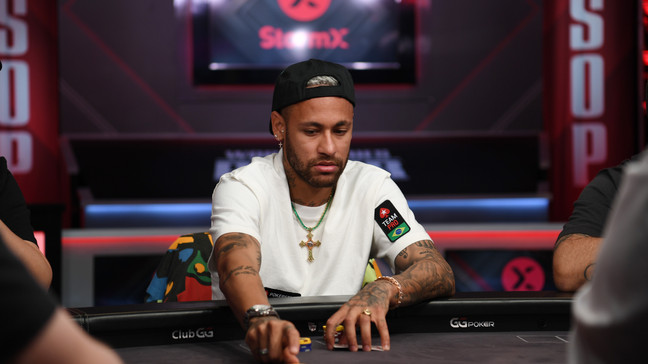 Neymar on Day 1 of the $10K Limit Hold’em Championship at the WSOP. (Image: KSNV Las Vegas)

This isn’t the first time the 30-year-old phenom sat down at one of the world’s biggest poker stages. He and former Barcelona teammate Gerard Pique have both played several EPT Main Event and High Rollers in the past, and last year, Neymar cashed in a €2,200 event in Monaco, winning €5,620 for his 55th-place finish.

Neymar has $28,712 in live tournament earnings. While that may seem like a nice profit for many grinders, it’s about a third of what Neymar earns daily. Neymar’s contract extension with PSG in 2021 earns him €30 million a year. Broken down, that’s €62 a minute, €3,700 an hour, and €89,200 a day. And, that’s not counting any additional money Neymar earns from his various endorsements and sponsorships.


Putting that in perspective, it’s probably safe to say the soccer phenom wasn’t too upset when he busted on Level 6 of Day 1 of the WSOP Event.  And, it certainly seems that the love of the game means more to Neymar than the money does.

The former Pokerstars pro has posted several times on social media, showcasing some of his home games and his online play. He even named his dog Poker because he loves the game so much. 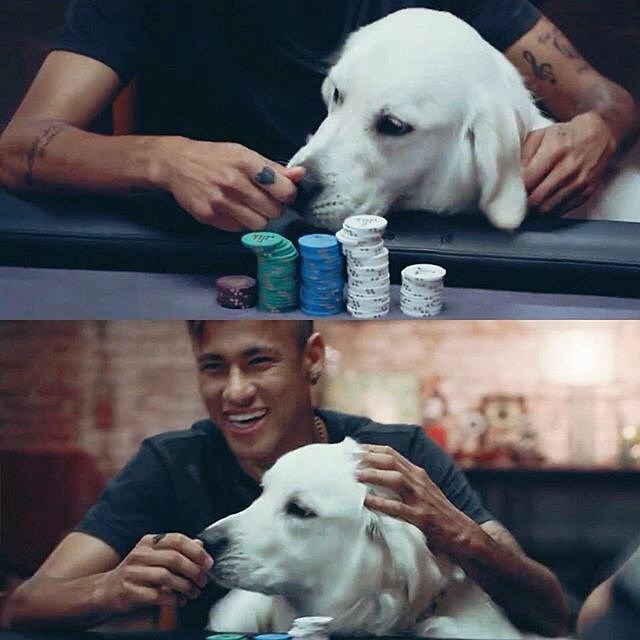 Neymar and his dog Poker posing at the table. (Image: Facebook Neymar)

Good friends with some of Brazil’s best poker pros

The WSOP aside, Neymar was also in Vegas to run a Neymar and Friends tournament at Bally’s, which featured 16 Brazilian poker pros, including his friends Felipe Ramos and Andre Akkari. It’s widely believed that Ramos is Neymar’s poker coach.

In 2015, Neymar joined Ramos when he signed on as a “Team SportsStars” ambassador for Pokerstars.com. While that partnership ended two years later, he signed a new deal with Pokerstars in late 2020, and still represents the site today.

Of course, Neymar isn’t the only superstar athlete who loves to take their competitive spirit to the poker tables at the World Series. Former NFL Defensive lineman and Hall of Famer Richard Seymour has turned semi-professional in poker since retiring. He made a deep run at the 2019 WSOP Main Event, finishing 131st, and also final-tabled a $25K high-roller event at PCA in 2018, earning $376,360.

Olympic legend Michael Phelps played in the 2017 Tag Team event with his good friend and poker pro Jeff Gross. And former NBA superstar Paul Pierce has made several televised appearances for poker, including formally at the WSOP Main Event, and recently on Poker After Dark.