Former football great and current competitive poker player Richard Seymour will soon be inducted into the NFL Hall of Fame. 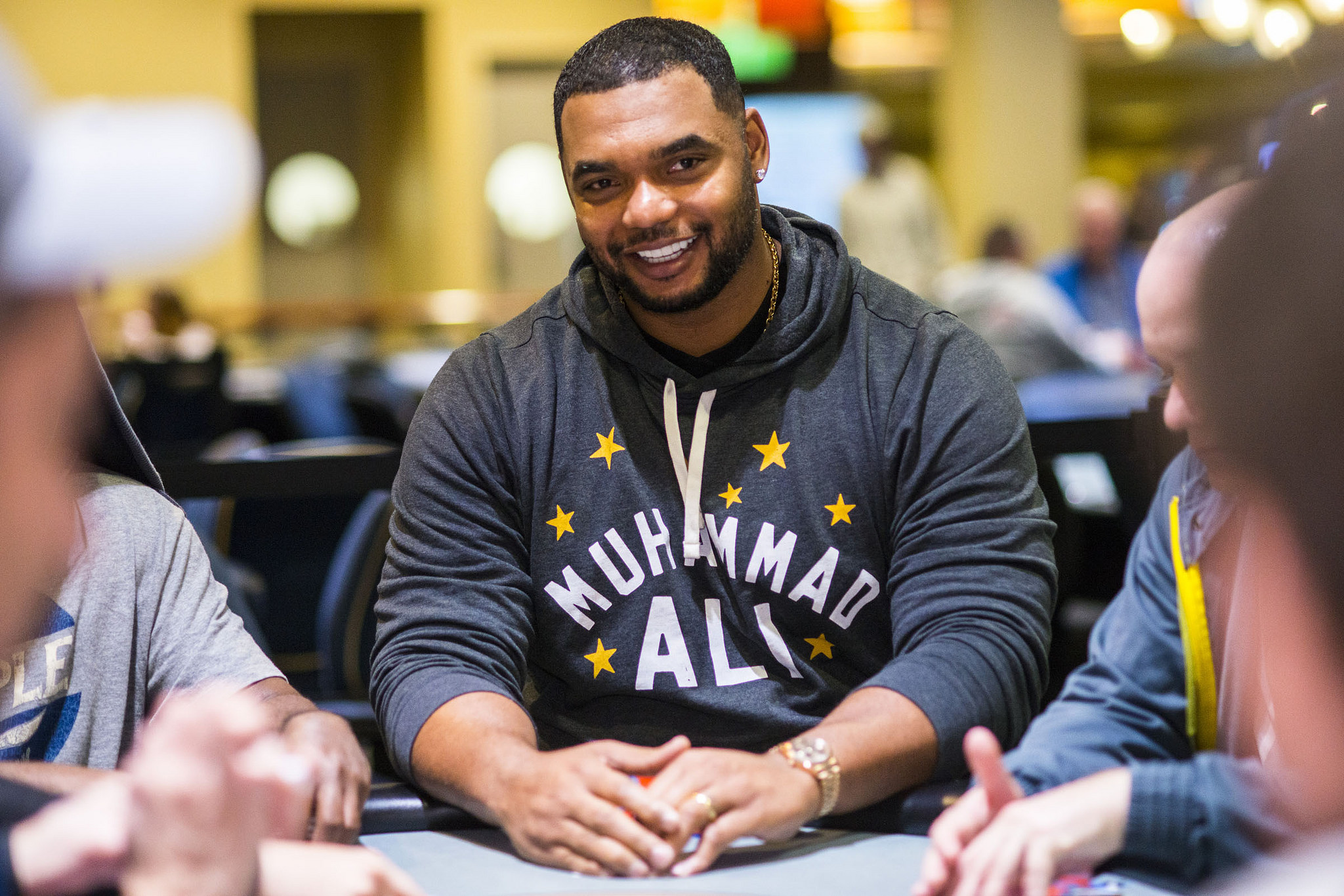 Richards Seymour is a 2022 inductee of the NFL Hall of Fame. (Image: Seminole Hard Rock)

The three-time Super Bowl champion has channeled his competitive spirit into the game of poker since retiring in 2012. He has more than $645K in live tournaments winnings, including a nearly $60K score at the 2019 WSOP Main Event where he finished 131st out of 8,569. His closest sniff at poker hardware was a third-place finish at the $25K PokerStars Caribbean Adventure in 2018 for $376K.

Just to compare, his bonus for winning his first Super Bowl was $63K. The next two were worth $68K. He’s made $89.5 million playing football, according to spottrac.com.

The 6’6” former defensive tackle often uses one of his Super Bowl rings as a card protector to intimidate people — and also as a conversation starter.

“My temperament fits poker well; I’m naturally kind of reserved, I’m not super emotional one way or another, so if bad things happen, which they’re going to in poker, it’s about ‘how do you respond?’” he told Yahoo Sports.

Seymour was a major component of New England’s championship teams from 2001 to 2008 before playing another four seasons with the Oakland Raiders. The sixth-overall pick in 2001, Seymour solidified the center of the Patriots’ defense and helped begin their dominating run.

“He laid the foundation for a defense that helped propel the Patriots to three Super Bowl championships in his first four seasons in the NFL,” Patriots owner Robert Kraft said in a statement after Seymour’s Hall of Fame selection was announced. “Richard was the consummate professional and leader, always accepting the roles he was assigned, putting team goals ahead of personal ones, and in turn, raising the game of everyone around him.”

Rich Eisen talked to Seymour about poker and the WSOP after his deep run in the 2019 Main Event.

Seymour said he started taking poker seriously after retiring from football in 2012. He told Eisen that before his retirement, he would play with his Oakland Raider teammates while watching Monday Night Football. While training as a team in his hometown of Atlanta during the player lockout of 2011, he even hired dealers and spread a tournament for everyone.

Seymour said he learned poker after watching his father play video poker in convenience stores in Georgia when he was a kid, and that the game served as a competitive outlet following the end of his pro football career.

“Once you’re done playing football you still have a competitive drive. Poker is an outlet for me where I have a competitive drive, you have to be very cerebral,” Seymour told Yahoo! Sports. “It requires a lot like it did for me in football – I have to be patient, I have to know how to pick my spots, pay attention to guys’ tendencies. It was just a natural progression after leaving sports at a high level.”

Seymour can be found at WSOP Circuit and WPT events around the country. He most recently cashed in a $550 event at the Wynn Fall Classic in November. His Hall of Fame induction ceremony is scheduled for Aug. 6 in Canton, Ohio, but unfortunately for Seymour, there are no major poker tournaments scheduled in the area that weekend.