Third Time’s a Charm? Negreanu Favored Again in Round 3 vs. Hellmuth

Phil Hellmuth beat Daniel Negreanu in Round 1 and then again in Round 2 of High Stakes Duel, but he will again be the underdog when the two meet in Round 3. PokerShares, a betting platform created by poker pro Mike McDonald, still has confidence in the GGPoker ambassador despite two straight defeats. 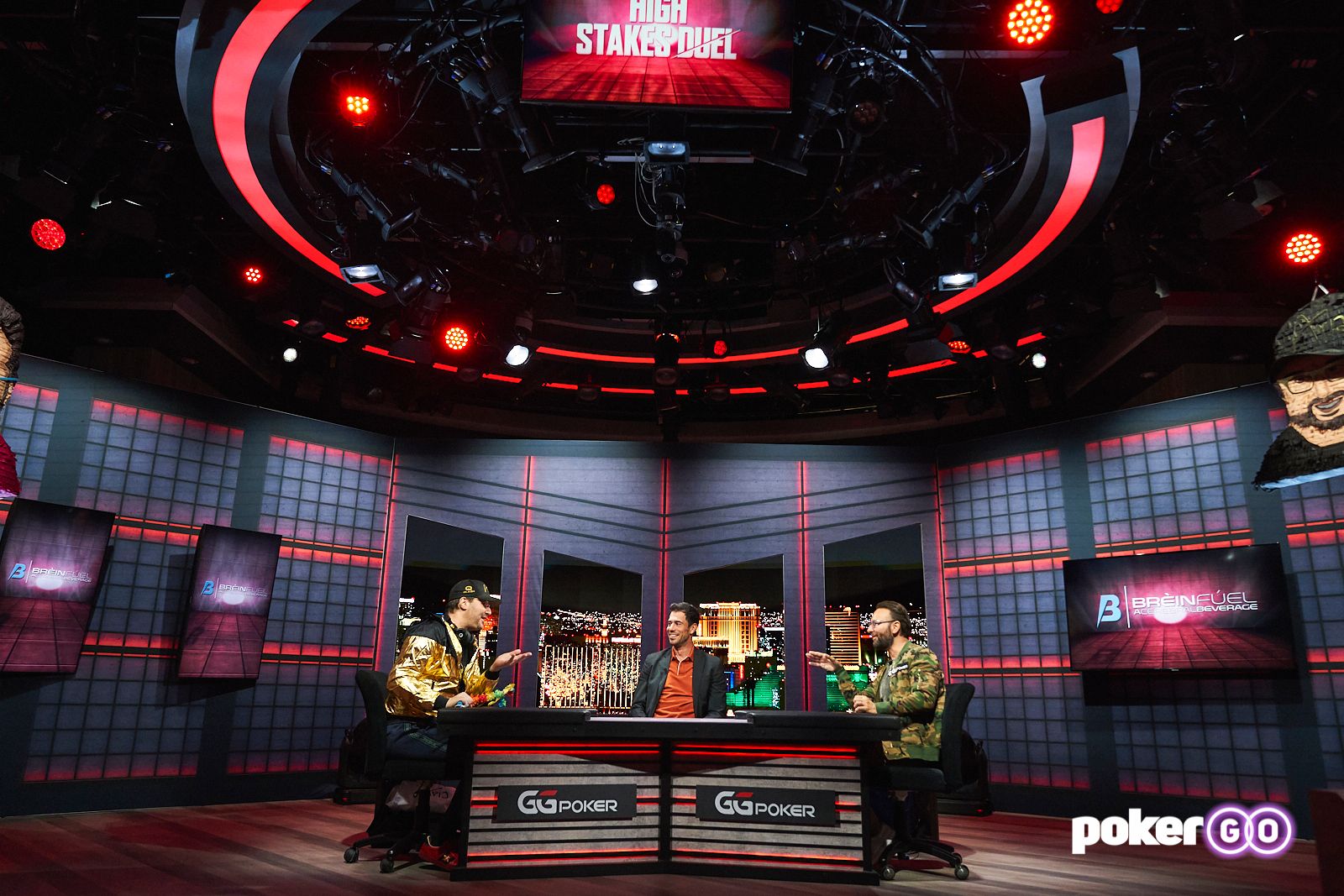 On Wednesday night, both players performed at a high level, which shouldn’t come as a surprise to anyone who has followed their illustrious careers. After all, they’re both Poker Hall of Famers with a combined 21 WSOP bracelets and more than $75 million in live tournament cashes.

But Hellmuth was just a bit better in Round 2, which aired on the PokerGO app. He pulled off an impressive bluff with 10-high late in the match, and it turned out to be the hand that put him in a great position to win. On the final hand (A-5 against Negreanu’s pocket 8’s), he got lucky and sucked out, but he never would have been in that position if not for getting his memorable bluff through moments earlier.

He won’t give up

In Round 3, Negreanu must pay $200,000 to force a rematch, bumping the prize pool to $400,000. He’s already made it clear on Twitter that he wants another shot at Hellmuth. No date has been set but it will likely occur early next month.

Heading into Round 2, Negreanu was a -161 favorite, according to PokerShares. His odds have dipped a bit for the upcoming third match, but he’s still favored (-145). Hellmuth checks in as a +126 underdog — the third straight time he’s been the dog in this challenge.

Hellmuth has been the underdog in all five of his matches on High Stakes Duel, yet he still hasn’t lost one. He’s 5-0, including three wins against Antonio Esfandiari in 2020 and two wins versus Negreanu.

Hellmuth’s public reputation as a weak heads-up player, coupled with Negreanu’s experience playing heads-up following his 25,000-hand match against Doug Polk, is the contributing factor in those odd odds. But, the reality is that the 15-time WSOP bracelet winner has been quite successful in heads-up sit-n-go matches. Not only is he 5-0 on the show, but also won the 2005 NBC National Heads-Up Poker Championship, and finished runner-up in 2013.

Still, the oddsmakers refuse to give him respect, and that’s likely due to public perception, which is that Negreanu is the better heads-up player. Perhaps, if he wins Round 3, Hellmuth will finally start to earn some respect.