Mike McDonald won his $200,000 free-throw shooting prop bet in which he had to drain 90/100 shots. But one of the poker players who bet against him — Nick Schulman — wasn’t so quick to concede due to a controversial finish. 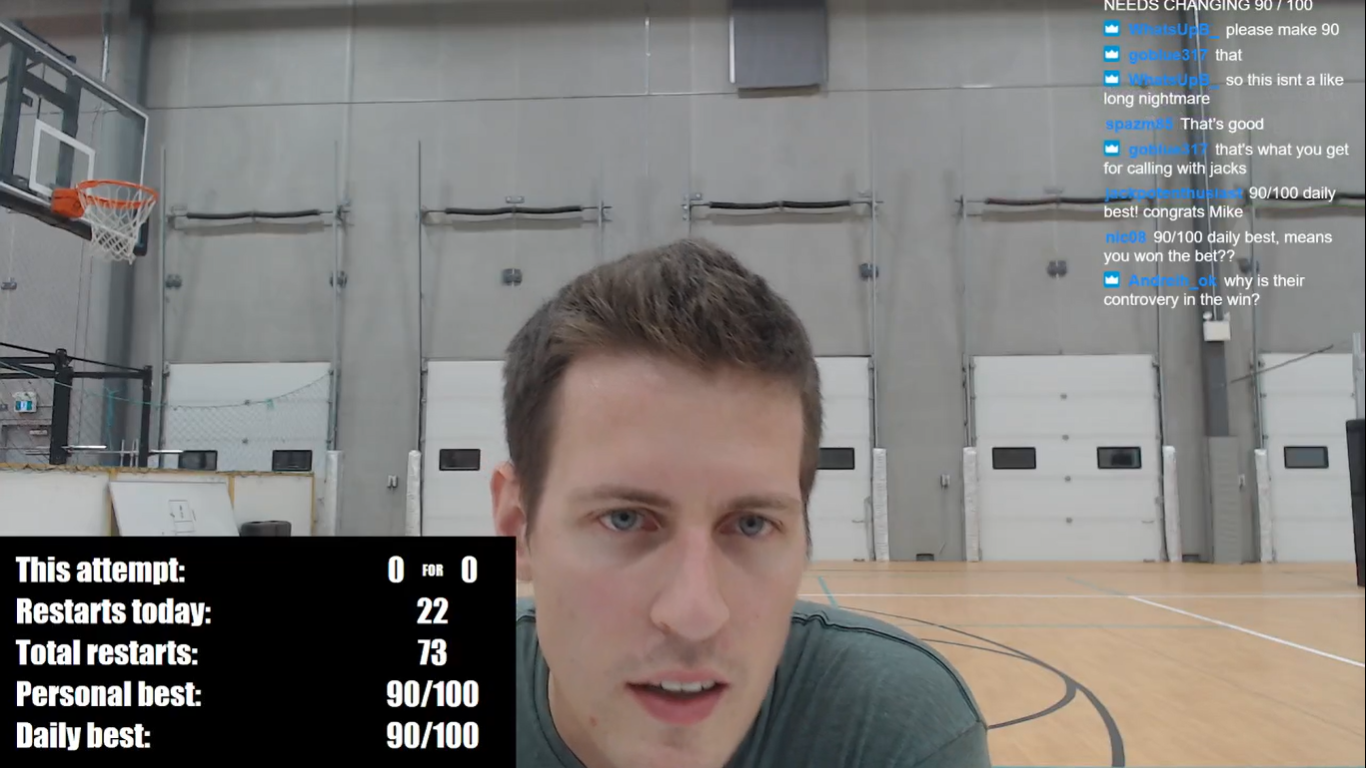 Schulman had $15,000 of the action and underestimated McDonald’s athletic potential. It became clear in recent days that he would eventually win the bet. Some, however, question if he deserved to win just yet.

“Timex,” who had minimal previous experience on the basketball court, bet in April that he could make 90/100 free-throws before the end of the year. Many poker-playing sports fanatics such as Eric “Barstool Nate” Nathan gave him no chance to win. That prediction wasn’t too far out of bounds though.

Steph Curry of the Golden State Warriors is the NBA’s free-throw shooting GOAT. His career shooting percentage from the line is 90.6%, the best ever. For McDonald to win the bet, he was required to sink free-throws at a 90% clip over 100 shots.

But McDonald wasn’t shooting in front of a rowdy, packed crowd. And, as part of the wager, he was given as many attempts as he needed, so long as he made 90 in one set of 100 shots before the calendar switches to 2021. He did that while live-streaming on Twitch yesterday, although some dispute that claim due to a technicality.

McDonald, who resides in Canada, says he lives nearly three hours away from an organized basketball gym. So, for his recent live-streams, he’s been driving quite a ways to shoot free-throws. But given that he plays at a community gym, he only has access to a hoop for a certain length of time.

During his session on Tuesday, the poker pro was midway through a set, and well on pace at 56 for 61, when his time on the court was up. Other hoopsters were waiting in line to play. So, he took a break for the evening and returned to the court, on the opposite end, a half hour later. Many on social media, including Schulman whose opinion actually matters, thought the break was unacceptable.

Some poker fans on Twitter subscribe to the notion that the rest gave him an advantage. Others argue that taking a break messes up a shooter’s rhythm.

Following the session, in which he hit exactly 90/100 and draining his last 16 shots, McDonald acknowledged on Twitch that he may have to continue shooting in case some bettors disputed the win. But he also believes he’s deserving of the victory.

“I told people that breaks are allowed,” McDonald said after hitting 90 of 100. “I’m guessing people are going to be pissed off at me if this is deemed my win. If this was December 10, I would be arguing that this is a win and I don’t think there’d be much of a case against it.”

Schulman disputed the win and said he thinks taking a break in the middle of a set was unfair. But after taking some heat from some on Twitter, he reluctantly conceded.

Schulman then said he’s played basketball many times and didn’t agree with McDonald taking a break but still winning the bet.

“If you make a free-throw bet, you just go shoot the number,” he argues. “He’s getting his own (rebounds) too, so now we get to just, I don’t know, you get a little dizzy walking back.”

McDonald claims he made it clear months ago that he was allowed to take breaks. He said he’s never once said taking a break during a set would nullify the bet. Still, as he wrote on Twitter, he’s going to leave no doubt by shooting again and post a video of him making 90/100 with no breaks.