Mike McDonald has gone from looking like Shaquille O’Neal at the free-throw line to Steph Curry in a matter of months. In doing so, it appears he’s destined to win $200,000 in a basketball prop bet. 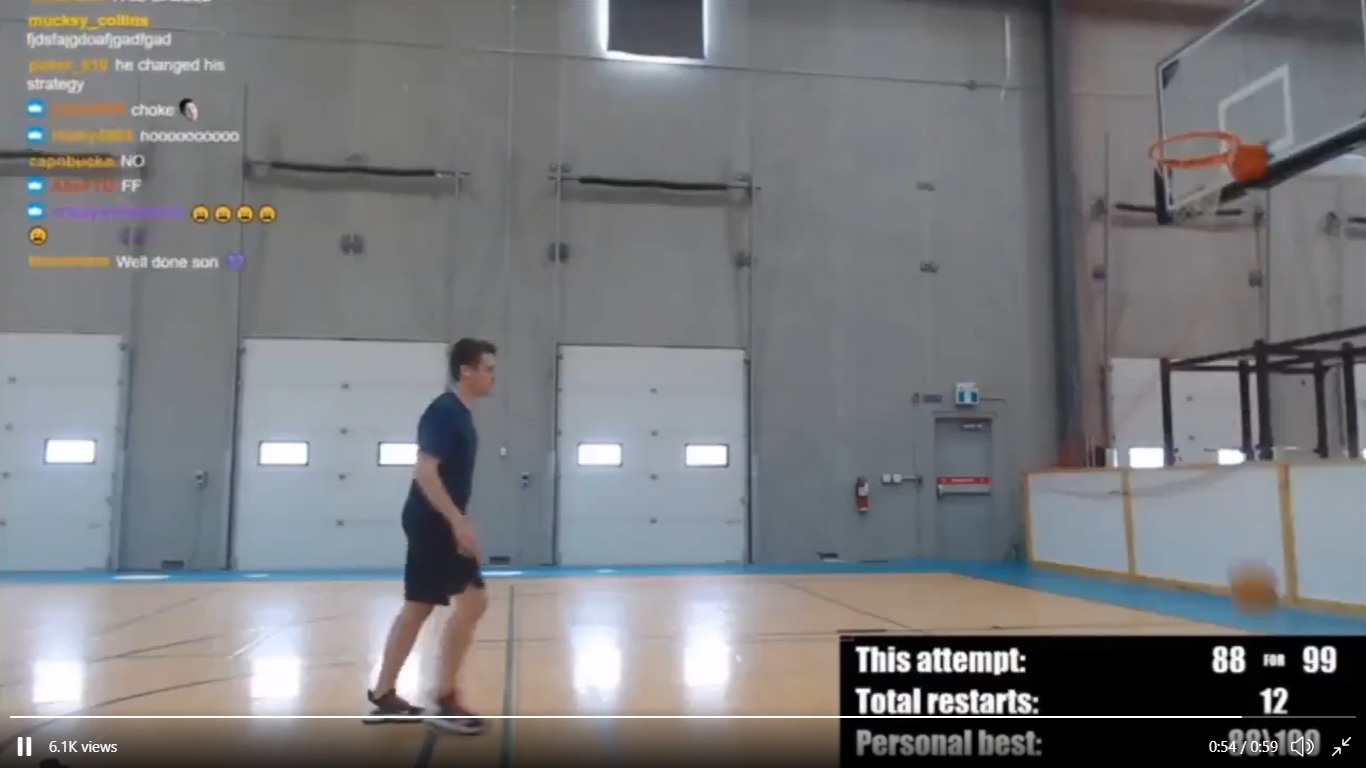 The Canadian poker pro took on an athletic prop bet with an undisclosed individual back in April. To win the bet, and the six-figure payday, he must sink 90 of 100 free-throws before the end of the year. He can try to hit that goal as many times as he’d like. But he’s required to use a regulation-size basketball, a 10-foot high hoop, and shoot from a distance of exactly 15 feet away from the basket.

When he took on the challenge in April, he was inept on the basketball court. McDonald had limited basketball playing experience. And he wasn’t hustling to con his way to an easy $200,000 score. As Aaron Jones (@aejonesleggo) showed in a video on Twitter a few months ago, McDonald had terrible form.

This is a random sample of what’s happening, he started out shooting ~12/min at <50%, and is now doing ~9/min at >50%. He is fucking tired, out of shape quarantine life pic.twitter.com/KG1C7aQgNV

Fast forward more than three months later to Wednesday afternoon and both McDonald’s form and shooting percentage have improved.

No Longer a Matter of If, but When McDonald Wins

McDonald livestreamed two shooting sessions on Twitch recently. During his Tuesday practice session, he hit an impressive 85/100 shots. The following day, he went to an organized gym with the goal of finally hitting 90/100 to win his bet, and he darn near pulled it off.

The poker pro with more than $13 million in live tournament cashes was right on pace, draining 84 of his first 92 shots. He was in such great shape that he could afford to miss two of his final eight shots and still win.

McDonald finished the set making just five of his final nine free-throws, good for 89/100, a personal best, but not enough to win the bet …. yet. The good news for the 2008 EPT Dortmund Main Event champion is he can try again as many times as need be until Jan. 1, 2021.

McDonald’s transformation from inept basketball player to a consistent free-throw shooter is quite impressive. To put his progress in perspective, Steph Curry is the NBA’s all-time free-throw shooting leader at 90.6%. When he took on the prop bet, McDonald’s shot more resembled Shaquille O’Neal, a notoriously bad free-throw shooter who made just 52.7% of his shots from the charity stripe over an 18-year career.

Granted, McDonald doesn’t have to shoot in front of thousands of screaming fans. But few athletes can hit free-throws at such a high clip. Given how close he’s come to knocking down 90 shots out of 100 this early on, it appears it’s no longer a matter of if he’ll win the bet, but when. We’ll set the over/under at Aug. 25.