Mike McDonald Bets He Can Sink 90 Out of 100 Free-Throws, and You Can Bet Against Him

Will poker player Mike McDonald soon replace Steph Curry on the Golden State Warriors? Probably not, but if he’s to win a crazy prop bet he recently accepted, he’ll need to learn how to shoot like the NBA superstar by the end of the year. 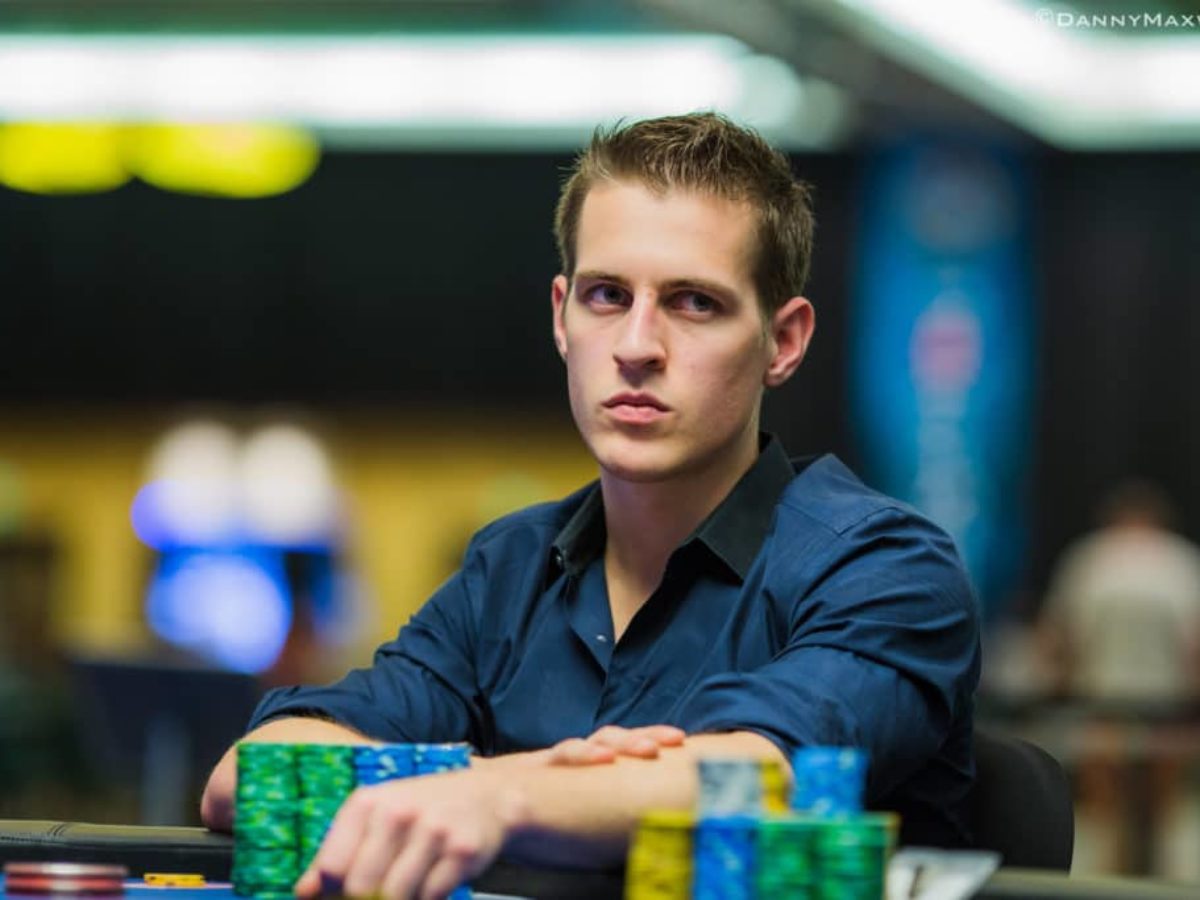 Is this a picture of Mike McDonald or NBA star Steph Curry? (Image: upswingpoker.com)

Curry, a 10-year veteran, has shot 90.56% from the free-throw line in his career, the highest percentage in NBA history. McDonald must make 90 out of 100 shots (a 90% clip) to win the prop bet. And it appears his athletic abilities don’t exactly match his poker talents.

The 30-year-old has more than $13 million in live tournament cashes, but a free-throw shooting form that would make Shaquille O’Neal — who shot a miserable 52.7% from the line in his career — chuckle. Let’s take a look at the film if you don’t believe us.

This is a random sample of what’s happening, he started out shooting ~12/min at <50%, and is now doing ~9/min at >50%. He is fucking tired, out of shape quarantine life pic.twitter.com/KG1C7aQgNV

Suffice to say, if that form doesn’t improve soon, he’ll lose his bet. And if you don’t have confidence in his ability to fix that form, you can bet on McDonald to lose the challenge at PokerShares. As of Monday afternoon, a $100 wager would turn a $157 profit should you win that bet. But before you throw down your hard-earned cash, you should understand there are some stipulations to the bet that give McDonald a better shot at winning than you might think.

Can McDonald Pull it Off?

The amount of McDonald’s wager, and who it’s against, remain unknown as the poker pro is keeping that information private. But we do have details on the even-money wager, and it may change your opinion on his ability to win.

McDonald must make 90 out of 100 free-throws but has an unlimited number of tries with which to accomplish the goal before the end of the year. So, he could conceivably spend his days doing nothing other than shooting free-throws until he finally hits 90 out of 100 attempts.

On Twitter, McDonald said he hasn’t played basketball since 2012, and only has limited experience shooting hoops. Unless he’s hustling, and it doesn’t appear that way by the looks of the video posted by Aaron Jones, it will take him some time to even come close to making free-throws at a 90% clip over a 100-shot sample size.

Only three players — Steph Curry, Steve Nash, and Mark Price — have shot 90% or above from the free-throw line throughout their careers, and no player has hit at a 91% clip. But there’s a big difference between shooting in front of 20,000 fans and with no one watching.

That’s not to say hitting 90% of your free-throws over a 100-shot sample size is easy, even in an empty gym. Far from it. In fact, most world-class basketball stars would have a difficult time pulling that off. But McDonald is granted an unlimited amount of attempts to accomplish the goal, and he has nearly eight months to win the bet. Free-throw shooting is all about repetition and rhythm. Although he may appear inept on the basketball court right now, his form will likely improve a few months from now after countless hours of practice.

If, after watching McDonald’s lack of form, you want to bet against him turning himself into a free-throw sharpshooter by the end of the year, you can place your bets against the poker pro over at PokerShares.

how does the action work ? every time he misses a shot he gets to start anew with another try at 90 of 100 made ?