Mike Matusow has opened up like never before during an interview with Doug Polk. In addition to an update on his life today, Matusow spoke about his $1.2 million winning run while on crystal meth and how going cold turkey almost cost him a WSOP bracelet. 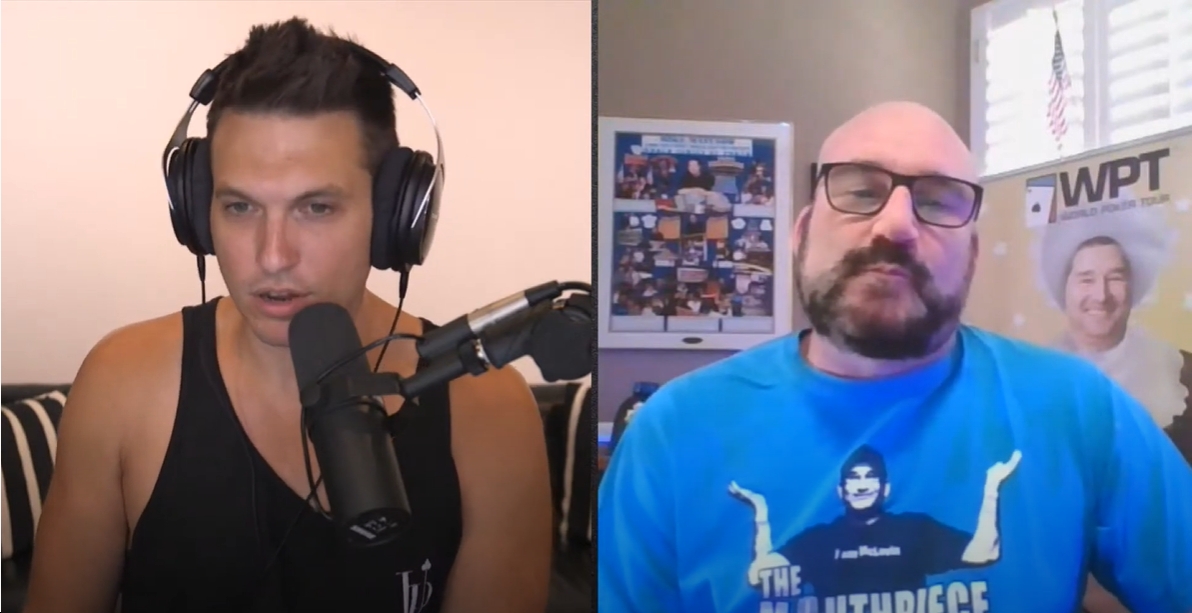 Mike Matusow has opened up about his past drug use and how a comedown from crystal meth almost cost him a WSOP bracelet. (Image: YouTube/Doug Polk Podcast)

Although he often divides opinion, Matusow’s latest interview has given fans a new glimpse into the ups and downs of his life.

The two-hour discussion with Polk touched on a variety of subjects, including Matusow’s thoughts on poker in 2021 and on COVID-19. However, the part of the podcast that captured people’s attention was the conversation about drugs.


Matusow has always been honest. However, last night’s talk with Polk showed just how dark things got for him in the early noughties. The candid interview (see video below) hit its most intriguing section around the 1:42 hour mark when Matusow explains how he was mixing ecstasy, crystal meth, and poker.

He described the cocktail of drugs as a “wonder” substance that allowed him to play “high-level poker” like “Superman” for 30+ hours straight. Matusow also recalls winning $1.2 million while on drugs. However, that run was also the start of a downward spiral for Matusow who, within six months, was losing control and at the poker table.

“It turns on you and you believe you’re playing well, but really people are lining up to play in your game because you’re giving away money,” Matusow told Polk.

Matusow eventually saw a psychologist who diagnosed him with a mild form of bipolar disorder. The clinician also said that Matusow was using street drugs to treat a medical disorder.

Knowing he needed to change, Matusow said he decided to go cold turkey one day before the final table of a WSOP event in 2002. Kicking crystal meth in this way might have been +EV for his life, but it almost cost him a bracelet.

With two tables left in the $5,000 Omaha Hi/Lo Split event, Matusow had to leave the tournament area because he was feeling suicidal. Two friends talked him out of his dangerous funk, but the comedown put Matusow in a tough spot. Fortunately for him, things worked out and he went on to beat Daniel Negreanu and win the bracelet along with $148,520.

Even better, he managed to kick the drugs and get his life back on track. Although life hasn’t always been smooth sailing since 2002, Matusow is in a good place these days and poker fans on Twitter appreciated his honesty during the interview.

A persistent back issue is still a concern for Matusow, but he can now sit at a poker table without being in too much pain.

Matusow, like nearly everyone, has regrets in life and says that, if he could, he’d love to have children. However, as Polk pointed out during the podcast, Matusow looks healthier than he’s been for years. And with his life and his health both looking more positive, Matusow is showing no signs of closing “The Mouth” that’s made him one of the most recognizable players in poker.

Like him or loath him, Matusow remains one of poker’s most recognizable characters. And, with his penchant for speaking his mind — both at and away from the table — as strong as it’s ever been, he shows no signs of quietly fading away anytime soon.