Dan Bekavac, the organizer accused of scamming players in a 2020 Midway Poker Tour event, competed in an MSPT tournament in Grand Falls, on Saturday. The players in Illinois he’s owed for months, however, might be rooting for him to cash. 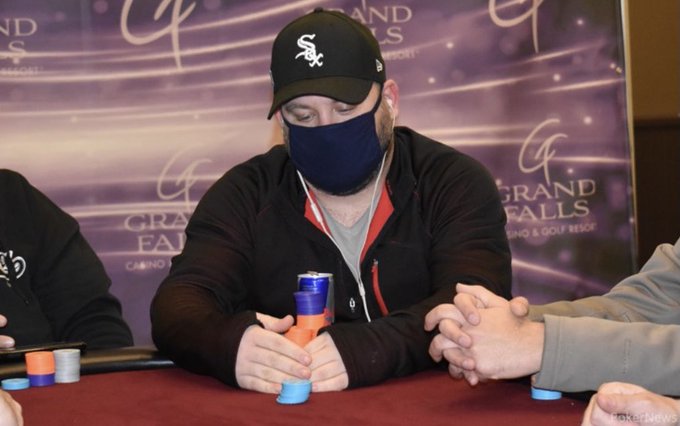 Dan Bekavac had money to play in an MSPT event, but not to pay the poker players he owes. (Image: Twitter/Chad Holloway)

Midway Poker Tour is a Lost Cause

Bekavac hosted a Midway Poker Tour event in Illinois last October. The tournament had an $1,100 buy-in with a charity component, but Illinois law permits tournament charitable winning payouts of $500 above the buy-in — $1,600 in this case. That obviously presents a problem for those who enter a tournament at the $1,100 price point.

The organizers attempted to find a loophole in the law so they could legally run the event. Bekavac came up with an idea to pay out the remainder of the prize pool by providing each player who cashed with precious metals (gold and silver) as a payout. They could then turn around and sell the precious metals for the value of their winnings.

There was only one problem – Bekavac overpaid the true value of the metals by about 30%. That meant the players wouldn’t be able to receive the actual value of what they were supposed to be paid from the tournament winnings.

Bekavac has refused to make the players whole. The players initially threatened legal action, but no lawsuit has since been filed. But, the organizer for the now-defunct Midway Poker Tour was able to come up with an $1,100 buy-in to compete in an MSPT event this weekend.

There’s 0 evidence that Dan overpaid for the metals. That’s just his story to justify the scam.

You guys are all a joke and not very good journalists because if you did your research you’d see Becavac was the face not the owner of the tour. Sheep

Rofl he was definitely one of the founders and owners of the tour.

Even if he wins, he’s not paying lol.