LAPC is Back with Fewer Mixed Games and Without the WPT
January 15, 2022 Tournaments & Cash Games

LAPC is Back with Fewer Mixed Games and Without the WPT

It’s a new year on the calendar, and for poker players in Southern California, that means the return of the LAPC at Commerce Casino. Now in its second year running independent of the WPT, Commerce Casino has made changes to the popular series in an attempt to bring the event back to its glory days. 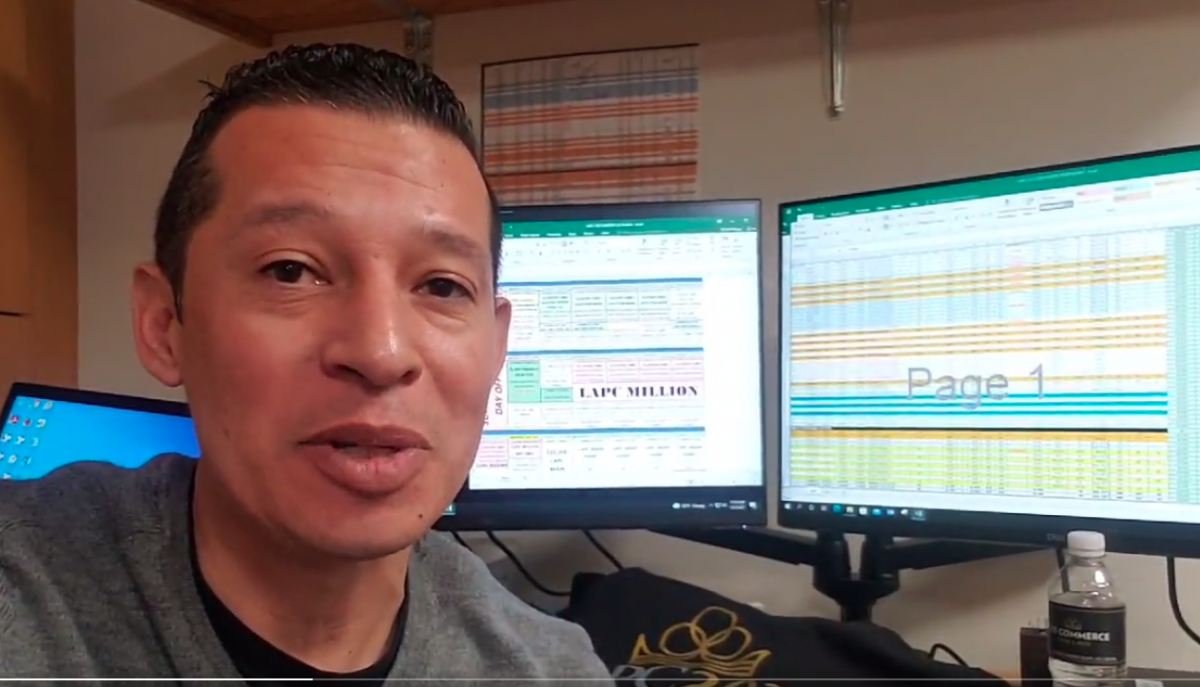 DJ Villegas, the new Commerce Casino tournament director, has crunched the numbers in an attempt to bring back the LAPC to its glory days. (Image: Twitter/TK)

Like much in the world these days, this year’s LAPC will look a bit different when it returns on Friday.

CardsChat spoke with tournament director DJ Villegas about what’s ahead. He said he’s excited to see such an extensive stretch of tournaments back at the Commerce, even if they lack the mixed game events this series used to be known for.

“It’s not as long as past LAPCs,” Villegas said, “but it’s better than just a week-long series.”

Villegas was a longtime Commerce Casino floorman who was furloughed in March 2020 when COVID began shutting down poker rooms around the world. He got called back in November 2021 to begin planning the LAPC, but with casino execs unsure of what to expect, he said he wasn’t able to offer all of the usual guaranteed prize pools that some players might expect.

LAPC without the WPT? Blame COVID

Since 2003, the LAPC traditionally has been the longest tournament series of the year in California (and anywhere in the nation outside of the WSOP). As such, the main event, known for drawing high-stakes pros and Hollywood celebs alike, has been a staple on the World Poker Tour since Season 1 (won by Gus Hansen for $556,640). Over the years, field sizes and prize money grew, with more than $1 million for first place becoming standard.

That changed with COVID, however. After being shut down in March 2020 with the main event down to the final table (and finished 14 months later), the LAPC returned last year, but without the World Poker Tour name behind it. The 2021 LAPC consisted of just nine events over nine days, with the $10,000 main event attracting just 69 entries and awarding winner Michael Liang $175,300.

“I’d love for the Commerce to be back on the WPT,” said Matt Savage, WPT executive tour director in an interview with CardsChat, adding that California’s strict COVID protocols made it difficult for casinos like the Commerce to host larger-scale events. “I know the market is strong and is really dying to have a WPT back there again … And we are looking forward to coming back. I just don’t think the Commerce is ready. It’s still in the tent outside.” 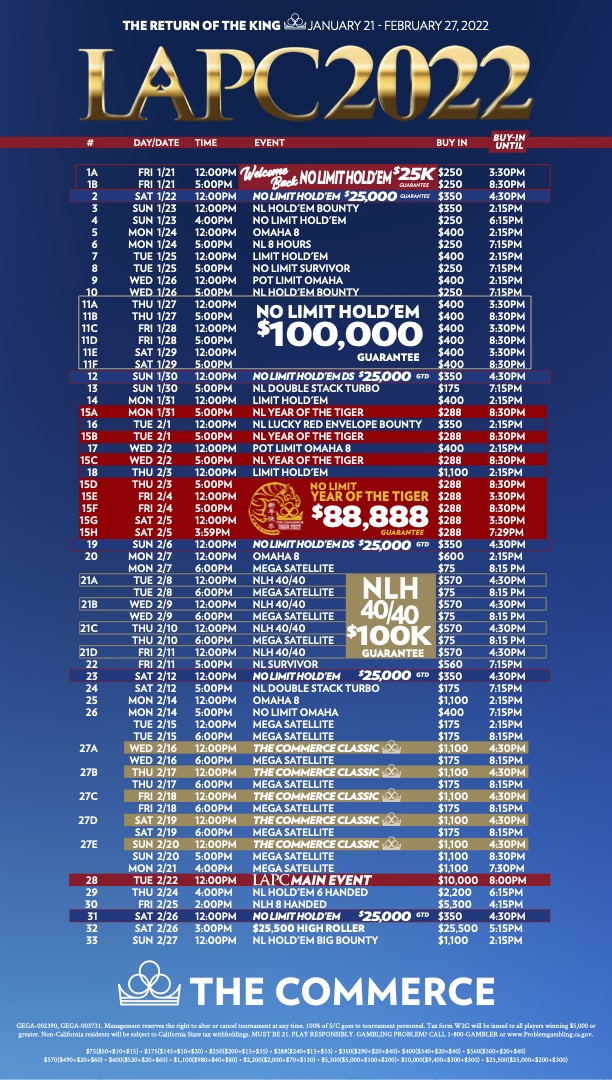 
A hallmark of the LAPC has always been its wide variety of mixed games, but this year’s schedule provides few opportunities for players who are searching for tournaments that don’t feature No-Limit Hold’em.

Villegas says he was hoping to add additional mixed-game events like HORSE, triple-draw, and Stud to the schedule, but because of the unusual circumstances still being created by COVID concerns, Commerce decided to only offer tournaments in games the casino regularly spreads. This doesn’t mean players won’t find some interesting events to play in, however.

One event that Villegas expects will be popular is the new $350 Red Envelope Bounty Event (Feb. 1), which will put bounties on every player who makes it into the money. Bounties will be drawn at random following every knockout and, while Villegas says most will be the same low amount, a few will be worth much more. The exact values of the bounties are still being determined.

In 2020, the LA County health department mandated that poker games could only operate outdoors. So tournament officials conducted all of last year’s LAPC events in a climate-controlled tent outside the casino where players were required to wear face masks and sit behind plexiglass dividers.

This year, the dividers are gone but the tent remains, though now with more square footage than in 2021. 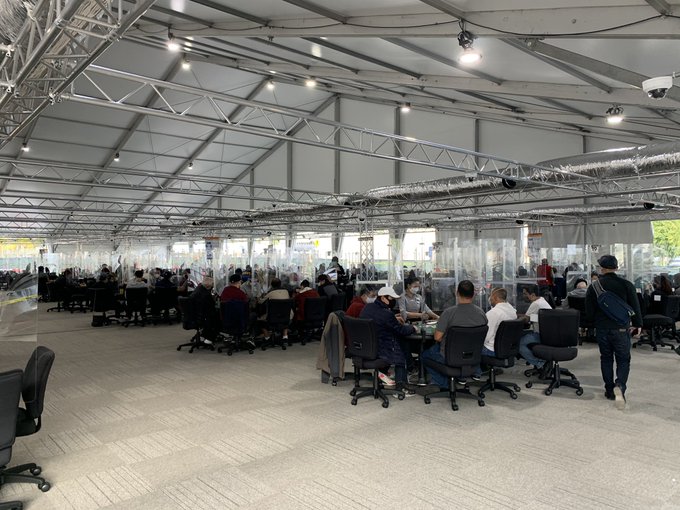 The plexiglass dividers may be gone this year, but the LAPC is still being played outside in a tent. (Image: Twitter/CommerceCasino)

“The tent is huge,” Villegas said. “They’ve had a couple of events and the heating system is great … the air circulation it’s great. Sixty tables will be our limit and I hope we use them all.”

There will be no vaccination requirement for players at the LAPC, but tournament officials say players will be expected to wear face masks at the tables. “All we ask is you wear a mask,” Villegas said. “If things change, then we will have to comply with the county. We hope everyone stays healthy and safe.”