New CardsChat ambassador Jeff Gross knows a thing or two about making it in the poker industry. After all, he’s been a successful poker pro and Twitch streamer for years. I spoke with him to discuss beginner poker strategy and the lifestyle he leads. Plus, I wanted his opinion on a hand I recently played. 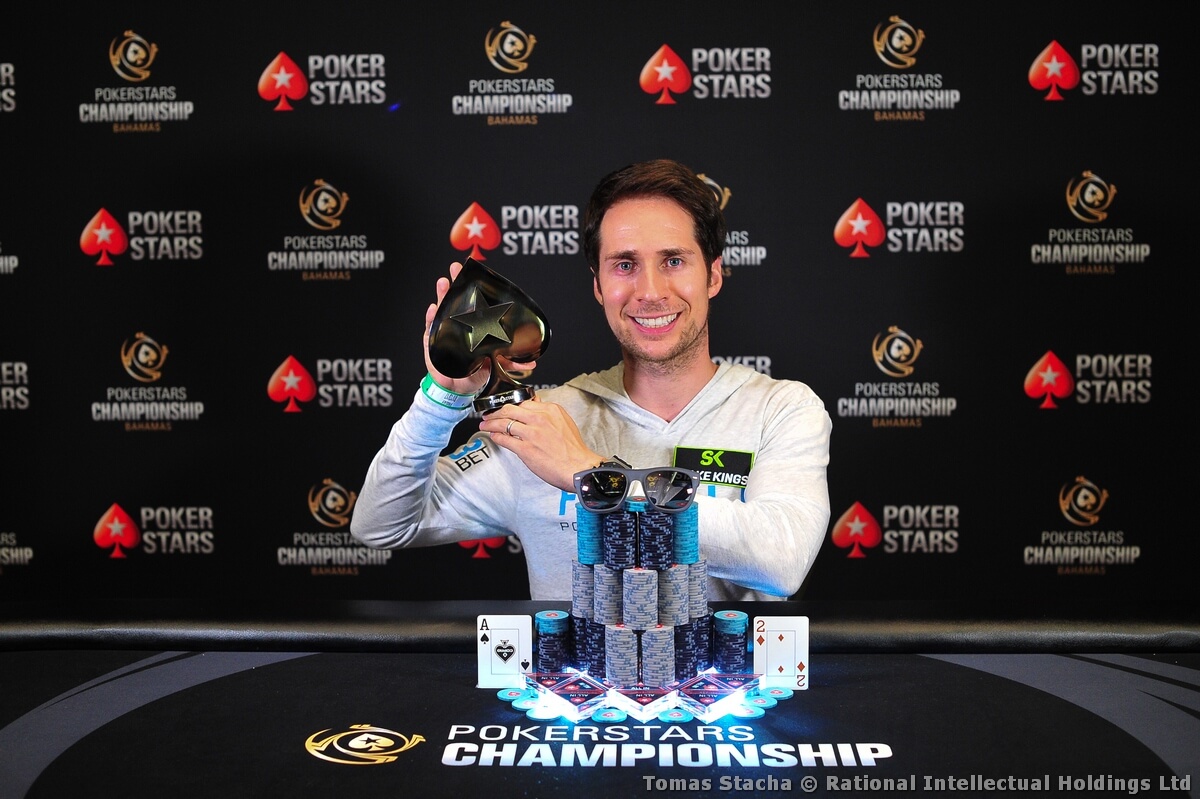 Gross has more than $3 million in lifetime live tournament cashes. On top of that, he’s a successful online poker player, as his fans on Twitch can attest to.

He began playing poker in Michigan while still in high school. One day during soccer camp, someone brought a chip set to play cards.

Living So Many Dreams

The rest is history. He went from playing those micro-stakes games to competing in the now defunct televised Partypoker Premier League and high-stakes events such as the $111,111 WSOP High Roller for One Drop. He’s living the dream.

“One of the perks is playing with some huge celebrities,” Gross told me. “Michael Phelps is one of my former roommates. I play with him, Don Cheadle, and lots of other celebs. Oh, and Michael Jordan. It’s tough to find a bigger celebrity than ‘MJ.'”

As a Chicago Bulls fan, I might be a bit biased here, but I agree Jordan is probably beyond famous.

In addition to playing with cultural superstars, Gross says playing poker professionally allows him to travel the globe to “some cool places” that he wouldn’t get to see if he were working a desk job. 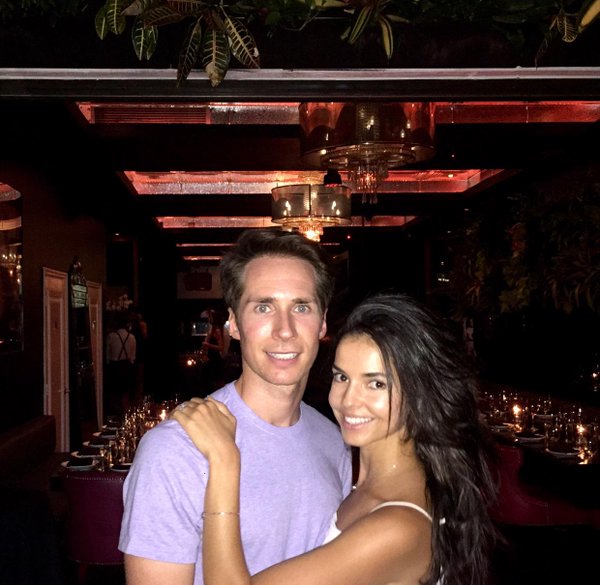 Jeff Gross with his wife Emilia prior to announcing their engagement in 2015. (Image: Twitter)

Can Love and Poker Coexist?

But there is a downside to playing poker for a living. Many pros are unable to maintain healthy and lasting relationships. Gross, on the other hand, has. His wife, Emilia, is supportive of his career choice. He thinks some players don’t even try to find love and use the “I’m too busy playing poker” line as an excuse.

Playing poker online in front of a live audience isn’t as easy as it seems. Not only must the streamer focus on his poker game. Engaging with the audience while playing requires some serious multi-tasking. And, we all know there are many armchair quarterbacks who hide behind anonymous screen names.

But when Gross is livestreaming on his popular Twitch channel, he doesn’t care about the backlash he receives when he makes a bad play.

“I’m not really worried about making a bad play,” he said. “But the longer and deeper you run in a tournament on Twitch, the more people that will be watching. You have to focus on playing your best. Ultimately, people want to see final tables. They want to see wins.”

He must be doing something right. Gross has over 54,000 Twitch followers, ranking him as one of the most watched livestreamers in the world.

If you dream of becoming a professional poker player, Gross has some sound advice. While he says gaining experience playing poker is invaluable, he believes you must also learn away from the table.

“You really need to do some type of course,” the poker pro advises. “I’m personally biased towards Raise Your Edge’s training site. People ask me about coaching a lot. But I think it’s best to take a course. You get more value doing a full course than paying someone a ton of money for a few hours of coaching.”

No matter how effective the training course is, however, it’s up to poker players to be responsible with their money. Jeff Gross thinks poor bankroll management holds many skilled poker players back.

“If you don’t have a side job, you should have at least 20-30 buy-ins in your bankroll. To be conservative, 30 is a good number just to be safe.”

Smart game selection, he says, is also very important even for a great player.

“If you’re the 10th best player in the world and you sit down at a table with the other nine, that’s not a good spot for you.”

Tried and true advice since the days before Super/System, but Gross acknowledges the game has evolved since he began playing Texas hold’em more than a decade ago. Not only are the top pros more skilled than during the poker boom era, he says, but the lower stakes grinders are tougher, too.

“You could get away with being lazy ten years ago,” Gross says. “Now, you really have to be on your game and be prepared or you’ll lose. It’s a lot tougher these days.”

Tell me about it …

In a recent insanely crazy $2/$5 cash game at Bellagio in Las Vegas, I got unlucky and lost a huge pot against let’s just say one of the most clueless poker players I’ve ever faced, and that isn’t hyperbole. But after I left the casino, I questioned my play. So, I decided to ask Jeff Gross if he would have made a different move.

The game was so wild that there was a pre-flop all-in nearly every two or three hands. Players were throwing chips around with garbage hands and then re-buying. It was the dream game for any grinder. I was card dead the first couple of hours so I mostly folded my hands knowing if I called any bet, a three-bet behind me was inevitable.

I finally picked up a decent hand (A-J) and raised to $20 from middle position. The guy to my left, a player who was three-betting and calling off stacks with mediocre hands, re-raised to $125. With the action back on me, I had a decision to call or shove my entire $400 stack in the middle. Folding against such a donkey wasn’t even an option.

I shoved, he called with K-9 and spiked a king to win the hand and take my rent money (just kidding, kinda). Did I make the right play?

“I think you did,” Gross said. “You had a strong hand against such a loose player. What happens if you just call there and the flop is Q-5-2? Are you just going to fold when he moves all-in? You’re only going to hit the flop one in three times.”

Re: AJ v K9. I see the argument about how difficult the play would be on the flop. Yes, that is definitely so. It’s a pretty common situation. But is the suggestion to 4-bet jam (with rent money, kinda) pre-flop out of position with med strong hands against every loose aggressive player? Is that the helpful “Beginner Strategy” that the title promises?

It might be worth emphasizing that at $500 a pop the minimum 30 buy-ins ($2/$5) would be $15,000. For that kind of money I would hope that the author was a little more sure of what he was doing: “I shoved, he called with K-9 and spiked a king to win the hand and take my rent money (just kidding, kinda). Did I make the right play?”

Wouldn’t it be more useful advice for beginners to avoid “insanely crazy $2/$5 cash games” in the first place? We see a lot of arguments in favour of tournaments (over cash games) in the Cardschat forums for exactly this reason.

How to play against wild and crazy players is something every poker player must learn.

Sometimes, the situation calls for you to gamble because your range > his range. That isn’t advanced poker strategy. That’s something a beginner needs to learn. They have to know you can’t play scared. I don’t think beginners should get into a habit of being passive.

“We see a lot of arguments in favour of tournaments (over cash games) in the Cardschat forums for exactly this reason.” Actually I’m not familiar with this being a reason to play tourneys over cash (perhaps I missed those (that) thread). Typically it’s recommended to play tourneys over cash (at micro & low limits) because the fields in tourneys are typically much softer. Pretty sure most would LOVE to have some over aggressive donk on their table who’s 3-betting a huge % of hands and calling off light. I mean that’s a dream come true isn’t it? (maybe I missed something… or misunderstood something)

Our goodness, to know that he is one of the ambassadors of CardsChat, I see him in Twitch sometimes, he has many followers … He has already declared himself a fan of Brazilians, and a friend of Felipe Mojave …