Liam McVeigh won the Irish Poker Championship last Sunday and more than €58,000 thanks to a €25 home game on Twitch. 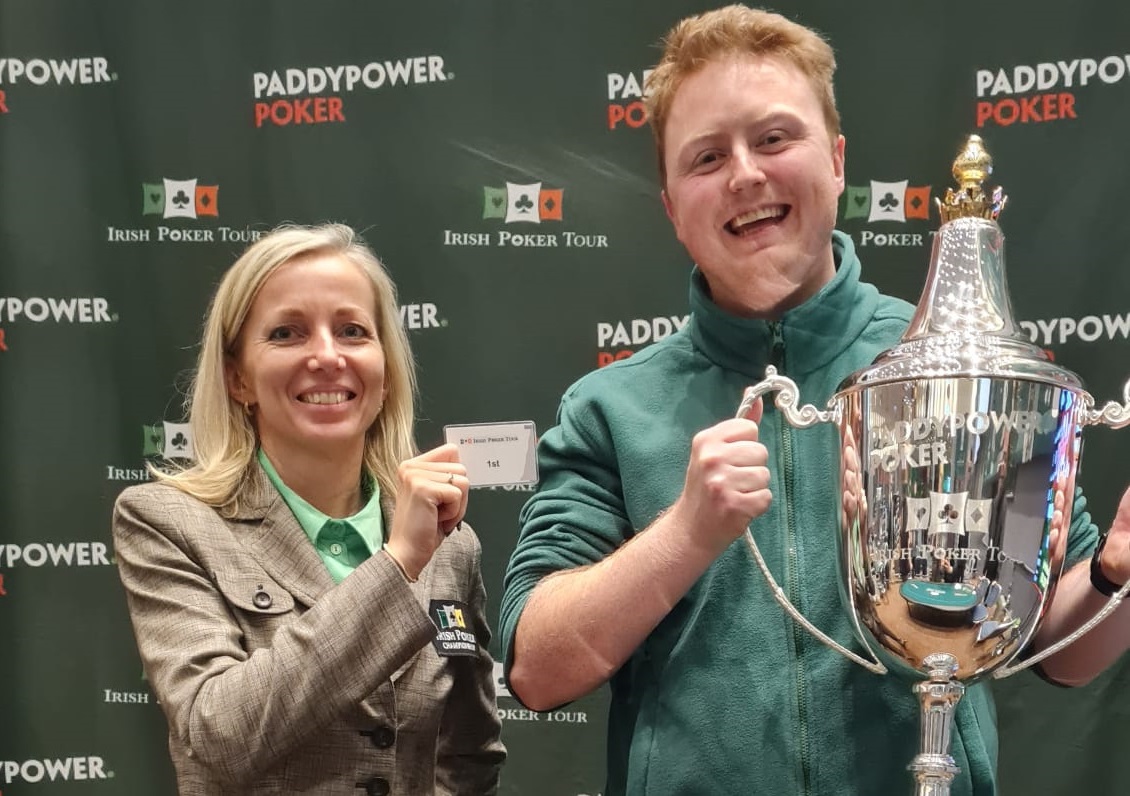 The Irishman secured his biggest ever payday after a three-way deal in the €550 event. McVeigh, along with Shaun Conroy and Derrick Wall, made it through 695 entrants before discussing a split.

The three players ran some numbers and agreed to an ICM deal. That meant McVeigh took home the lion’s share of a €333,418 prizepool. Not only that, he got his hands on the Irish Poker Championship trophy after winning the final hand with K♠ Q♠.

The Irish Poker Championship is part of Ireland’s leading live series, the Irish Poker Tour. Alongside the event’s headline sponsor, Paddy Power, the organizers expected a lot of interest in the first major event of 2023 and they weren’t disappointed.

Hundreds of players made the trip to Galmont Hotel, Galway, and, once the registration desks were closed, 698 entrants had anted up in the main event. Among those vying for the title was Irish icon and CardsChat ambassador, Dara O’Kearney.

The author of various strategy books, including GTO Poker Simplified, didn’t cash in the main event but he did take third place in the seniors. That finish adds another result to his record and, as he explained to the Irish Poker Tour’s media team, maintains his love affair with Galway.

O’Kearney was just one of many famous faces from Irish poker playing in Galway but, once the dust had settled, it was Liam McVeigh who emerged victorious. The recreational player from Ballycastle, Ireland, qualified for the €550 main event via a Twitch home game organized by Paddy Power Poker.

The €25 investment proved to be +EV for McVeigh as his friends not only got to see him play on Twitch but go on to win the Irish Poker Championship.

The Irish Poker Tour’s next stop is Macau Casino in Cork on January 13. From there, the tour will visit Ballinasloe and Westport before returning to Cork in March.