2020 has seen businesses ravaged by a novel coronavirus and economies pushed to the brink. National lockdowns, social distancing, and a general sense of uncertainty have hit parts of the poker industry hard. 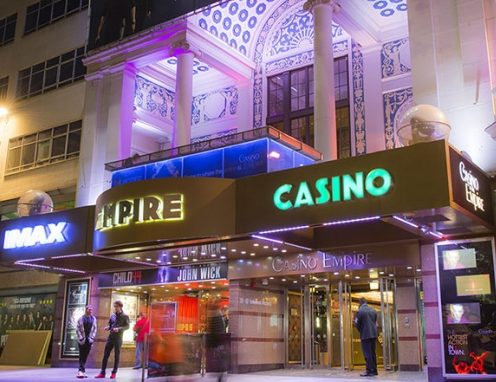 Although online poker sites have flourished, live card rooms have been dealt a bum hand, particularly at casinos in England. As poker rooms across Europe and the world at large were getting back to business, delays and U-turns meant those in England were forced to watch from the rail.

Genting was the first, and so far, only major casualty of the lockdown. Although the company’s British casinos reopened on Aug. 15, the poker rooms will remain closed for good. The four casinos under the Aspers banner, including Aspers Casino Stratford, are yet to open, but every other major operator in England is now serving customers.

The Empire Casino in London’s Leicester Square reopened a month ago, poker room included. Officials say they are still in the early stages of reopening. They’re running cash games, but not tournaments. No promotions are running and no special packages are available.

We spoke to Rommel Lapinid, casino manager at the Empire, about the state of play in Londonsince cards got back in the air.

Despite an unforeseen setback, the Empire reopened its poker room with COVID-safe screens in place. (Image: Empire Casino)

CardsChat: If the lockdown wasn’t challenging enough, how was the government’s last-minute change of heart on reopening dates?

Rommel Lapinid: Being told we weren’t allowed to open 24 hours before the date previously announced was devastating. A lot of hard work had gone into preparing for an August 1 reopening.  It forced us to lock down the venue and then repeat the preparation process two weeks later.

CC: Aside from the delay, what were the biggest issues that needed addressing before reopening?

RL: Social distancing and hygiene were definitely our biggest concern. Logistically, it’s harder to operate, as we’ve had to increase cleaning operations. We’ve also invested heavily in cleaning equipment and PPE. However, we have worked hard in this area to ensure we have made the environment as safe and enjoyable as possible for everyone, so it’s worth the effort.


There’s currently no consensus on facemasks at the poker table. In certain parts of Europe, including the Czech Republic, they’re not required. However, in Spain and France, they’re mandatory. Across England, rules vary.

Certain operators, including Grosvenor and the Hippodrome, have said the masks are encouraged, but not required. In contrast, the Empire Casino is part of Caesars Entertainment and, as such, it’s followed the policies of its transatlantic counterparts and made masks mandatory.

CC: What other safety measures are going on behind-the-scenes that players won’t even notice?

RL: We have introduced so many other systems beyond the obvious measures things people can see. Dealers sanitize all touchpoints on their changeover, seating positions are wiped down after players leave, and chips are sanitized when they are returned and before we give them out. Customers and staff have their temperatures checked on entry.

Even cards are quarantined for days before they’re used again. So, basically, even our cards have to self-isolate. 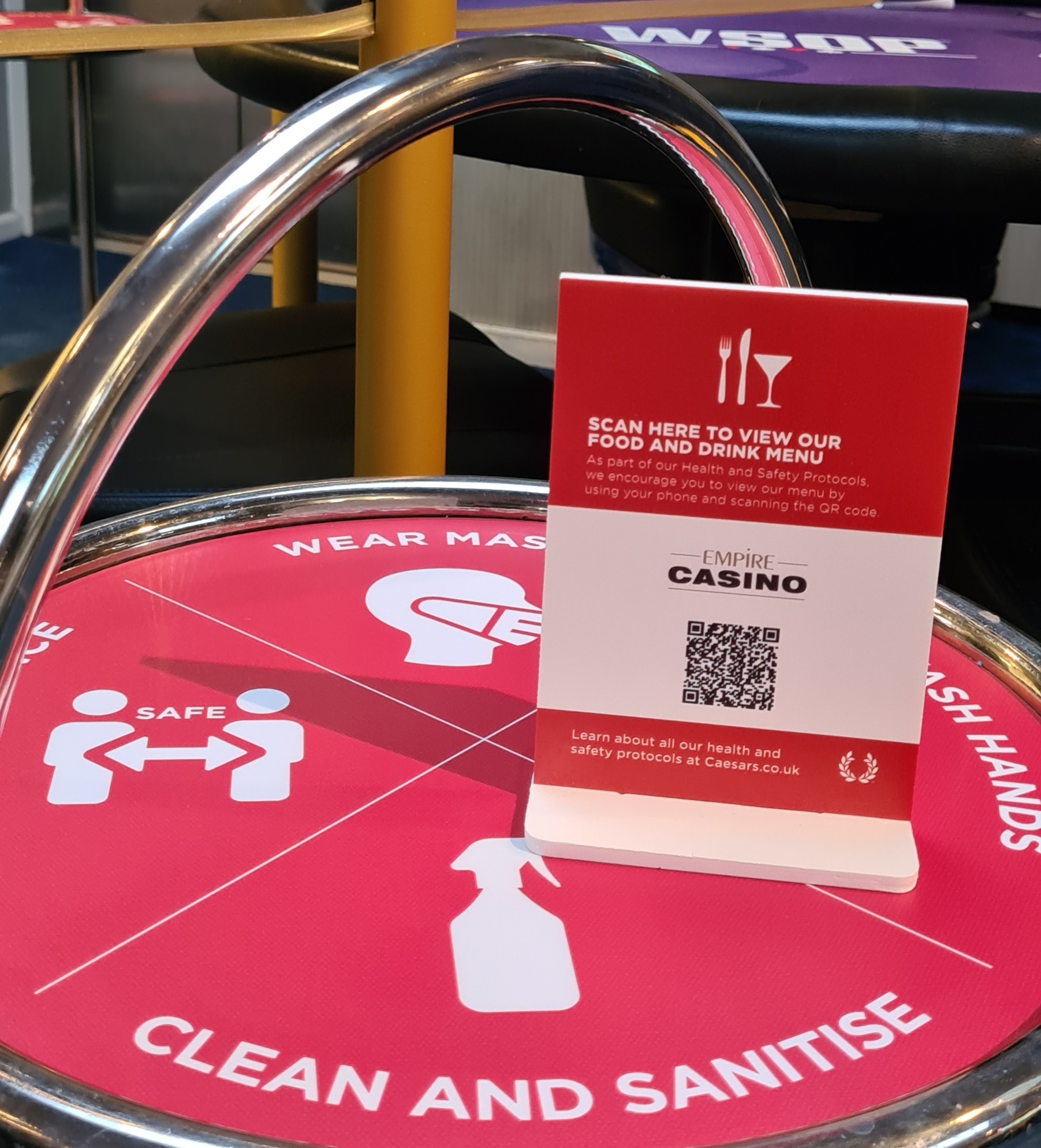 The Empire has some obvious and not so obvious safety measures, including mobile menus and table service. (Image: Empire Casino)

CC: Based on those measure, do you think normality is possible soon?

RL: Like many other businesses, these measures have been put in place with the safety of our customers and team members in mind. I wish I knew how long they will stay in place, but the reality is that nobody knows. I hope it’s soon. But, for now, I’d rather have them in place than not.

Players have been quite receptive and understanding of our changes, and we’ve received some great feedback. They’ve all cooperated because they understand it’s in everybody’s best interest that the safety measures are in place. For a poker player, using a mask has probably made it easier to hide bluffs.

Despite the upheaval, poker was thriving at the Empire pre-COVID. As the original home of the World Series of Poker Europe (WSOPE), the poker room in the heart of Leicester Square was never short of players, and still isn’t now. 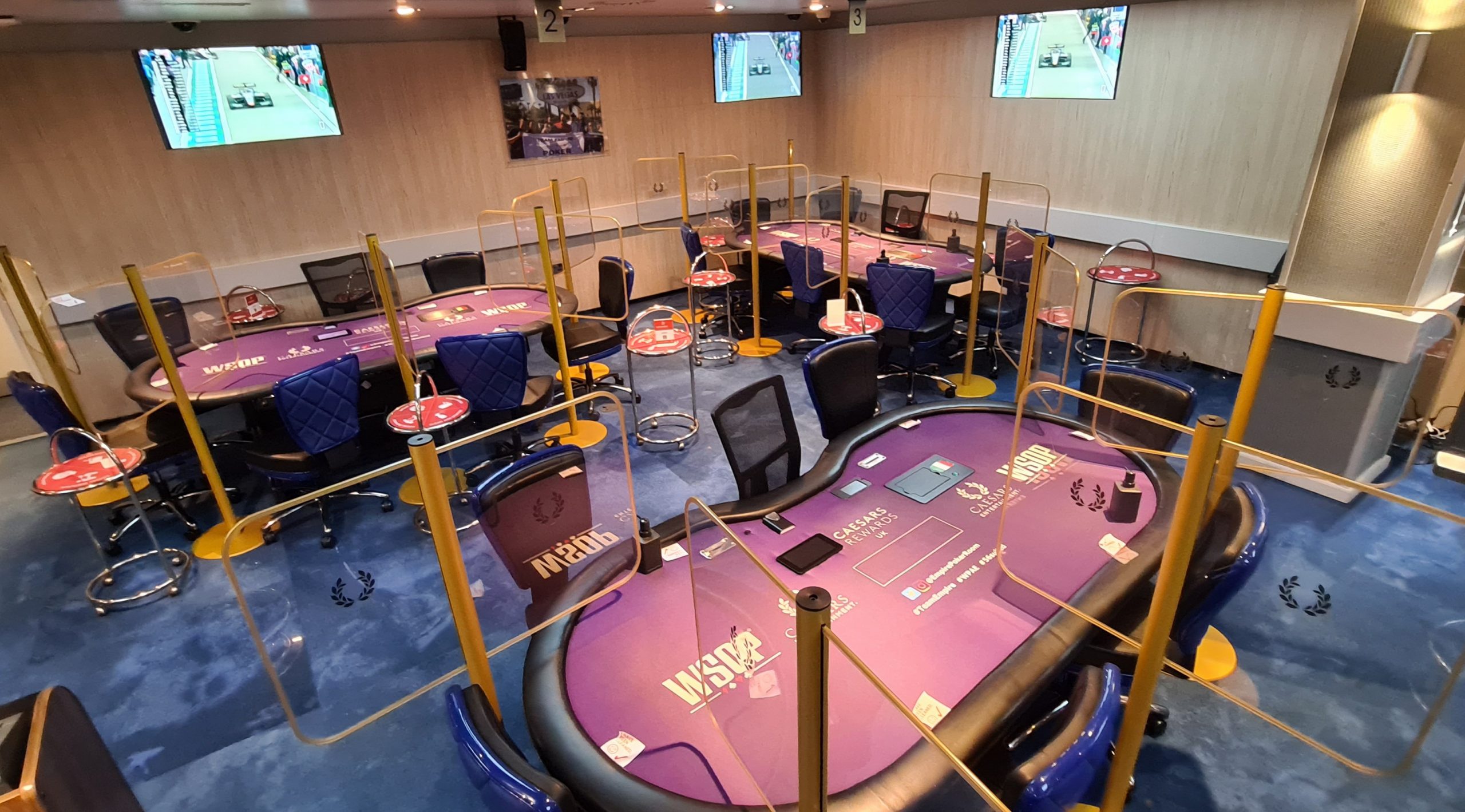 The safety measures are as unobtrusive as possible, but Lapinid hopes normality returns soon so that tournaments can restart. (Image: Empire Casino)

CC: After nearly five months of being shut down, what’s the demand for live poker been like?

RL: We have obviously had to reduce our capacity to allow for social distancing. So now we have fewer players per table, going down from 10 down to six. This has means we’ve had multiple occasions where we were unable to cope with the demand.

CC: So, you’re turning cash game players away? What about tournaments? When might they resume?

RL: Unlike a six or seven-handed cash game where players hardly move from table-to-table, tournaments are a challenge. Our tournaments were very popular, and we really miss having them. They were a huge part of our poker room’s success and we cannot wait until the day we can run them again.

Poker has been around for hundreds of years. It’s an extremely social game and I’m confident that once social distancing measures relax further, the live poker scene will thrive. There’s nothing like a live game of poker. Playing online just isn’t the same.