Casinos in England won’t open tomorrow as planned after a last-minute change of heart from the British government.

London’s Hippodrome Casino is one of many British casinos that won’t open it’s doors as planned tomorrow, thanks to a new directive issued by Prime Minister Boris Johnson. (Image: ALadyofLeisure.com)

A briefing by Prime Minister Boris Johnson on Friday morning put the “brakes on” the next round of easing.

Johnson urged the public to get on board with the safety measures and said venues due to open on Aug. 1, including casinos in England, will no longer be able to do so.

Casinos in England Dealt Another Blow

The decision is a major blow for casino operators in England. All gaming venues have been closed since late March to help prevent the spread of COVID-19.

Costs have been mounting ever since, with The Rank Group alone losing £10 million/$12.2 million a month. The government gave the industry a break in July when it told operators they could reopen on Aug. 1.

Michael Dugher of the Betting and Gaming Council (BGC) welcomed the news and casinos quickly published their safety guidelines.

However, Johnson and his advisors now believe the country isn’t ready for casinos or bowling alleys to get back to business. Dugher was quick to criticize the government for its apparent lack of logic or evidence-based decision-making.

There is no evidence that casinos are “higher risk” venues + what happened to the Govt’s local lockdown strategy? Why should a casino business remain closed in Bristol in the south west, where Covid is low, because there’s a spike in greater Manchester? Big threat to jobs.

I’m a huge fan of @DCMS. Ministers & officials have been incredibly supportive. But it’s clear decisions are being taken when they aren’t even in the room. What chance have our sectors, businesses & employees got when the department responsible for looking after them is ignored?

Racecourses in the UK will also be affected. Goodwood was due to hold a “pilot” event tomorrow with crowds in attendance.

Managing director of the course, Adam Waterworth, said his team was surprised and saddened by the news that they can no longer run tomorrow’s event as planned.

Parts of England also have to re-enter a state of partial lockdown. People living in cities across the north, including Manchester, can no longer visit other homes or attend places of worship.

Johnson adopted an almost Orwellian position during his speech and reminded the public that he can — and will– shut down anything the government deems necessary.

Critics have already branded the late notice announcement as a disgrace. Tariq Hussain, a council member from Bradford, called it “sacrilegious” to close mosques during the Muslim festival of Eid al-Adha.

The daily infection rate in the UK has increased slightly over the last week from an average of 500 to just over 700. However, death rates continue to fall. 38 people died from COVID-19 “associated” symptoms on July 30. 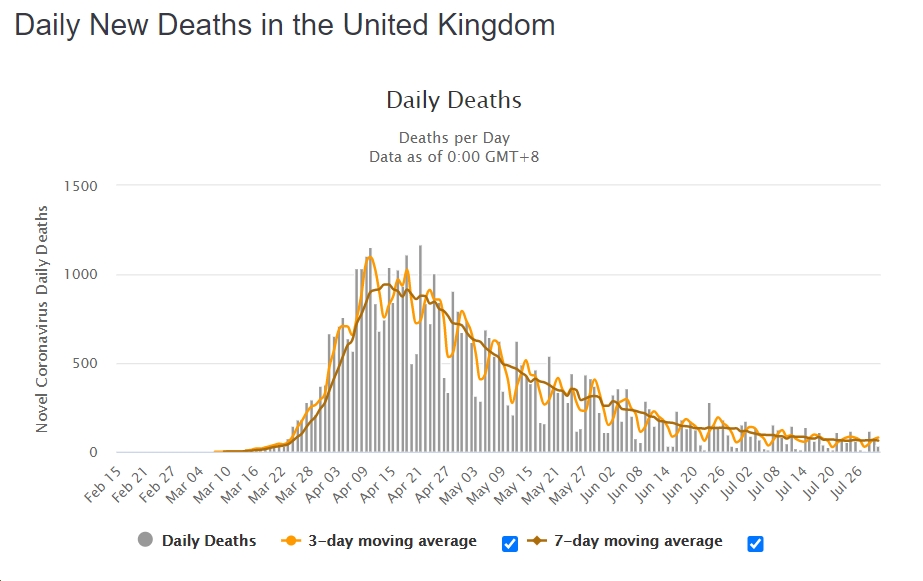 Despite what looks to be a positive picture, the government’s advisors have said the “R rate” isn’t at a level where further easing can happen. This means casinos in England will have to wait at least another two weeks before they can reopen.