The largest live No-Limit Hold’em poker tournament outside of Las Vegas, the Goliath, will return to Coventry’s Grosvenor Casino this August for its 10th-anniversary celebration. 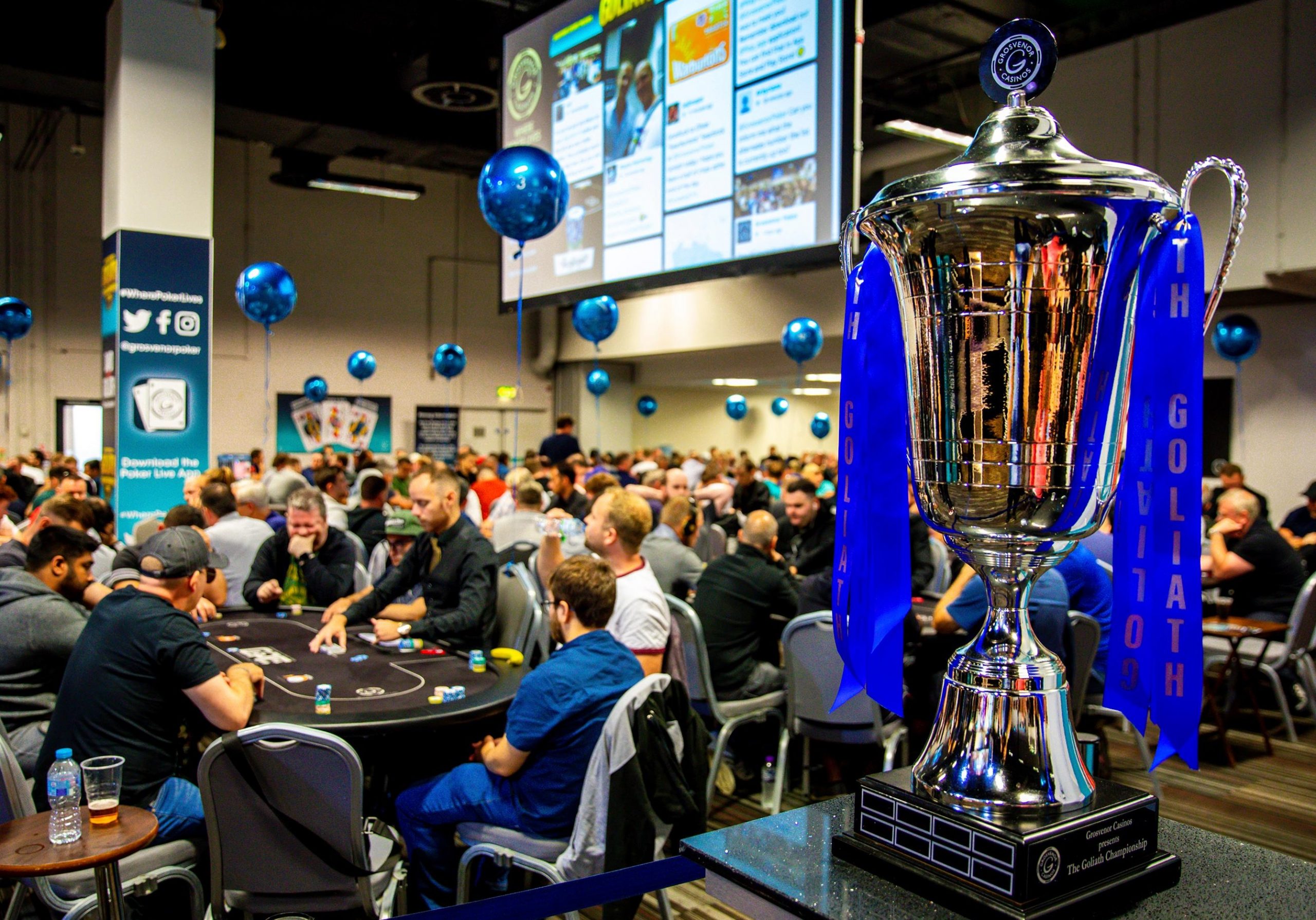 The 10th anniversary Goliath could pay out £1 million this year when the action gets underway at Coventry’s Grosvenor Casino. (Image: Twitter/GrosvenorPoker)

The long-running event was, like so many, a victim of COVID-19. Now, with restrictions a distant memory, the £150 ($180) tournament will emerge from its two-year stint online and reconvene at Grosvenor Casino at the Coventry Building Society Arena.

The first of eight starting flights begins on Aug. 27 and play will continue until a winner is crowned on Sept. 4. Qualifiers are running on GrosvenorPoker.com and the organizers expect the Goliath to be the biggest so far.

Grosvenor’s Goliath has been breaking records since it first ran in 2011. Lee Rawson won the inaugural event, beating what was then one of the largest live tournaments ever held in Europe.

Taking the WSOP out of the equation, the Goliath is a huge draw and, with a projected prize pool of £1 million ($1.2 million), organizers expect more than 10K players to ante up later this month.

Back to normal for Grosvenor Goliath

The astute among you will notice the table below lists this year’s Goliath as the 12th installment. However, when you remove the online events in 2020 and 2021, you can see this is actually the Goliath’s 10th live outing.

Flanking the celebratory Goliath will be a selection of side events. The £1,000 ($1,200) GUKPT Coventry gets the series underway on Aug. 25. For those with smaller bankrolls, pub poker league RedTooth will have a presence at the series.

Finally, there will be turbos, a women’s event, and something for the seniors. However, all eyes will be on the Goliath to see if it can break the 10K-player mark and pay out more than £1 million.

So, what kind of poker tourney is it, Texas Hold’em, PLO, Pineapple? Details would be nice in a news article.

do you really at big have to fork out that big a cut ? 30 pound rake out of 150 total ? and i thought the poker rooms in California reamed the players badly ! that’s just ridiculous for a major event .