Any doubts that the 2020 Goliath was going to fall short of expectations were knocked out of the park on Saturday after 2,013 entrants anted up. 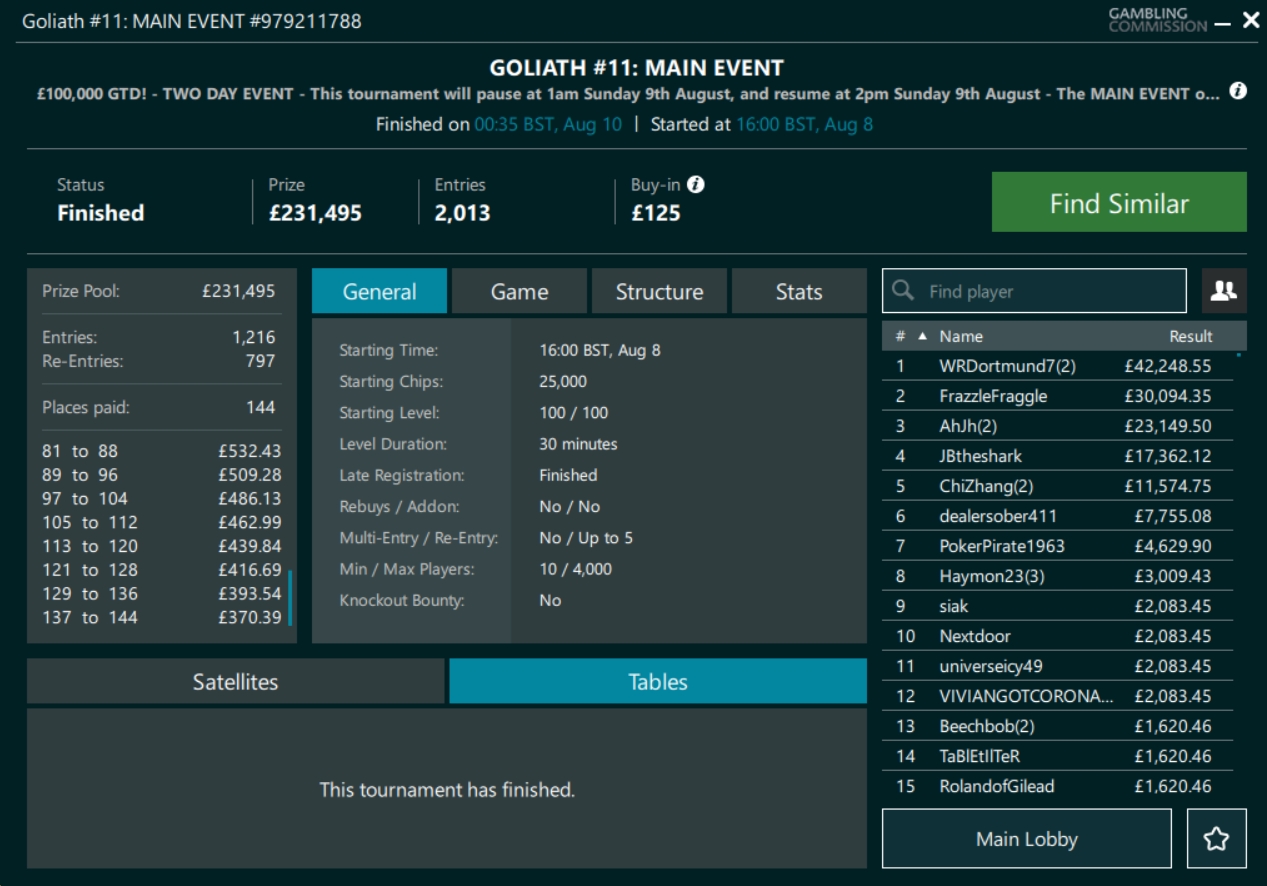 The £125/$160 tournament took place online for the first time since 2011 and, despite a slow start, it didn’t disappoint.

Members of Team Grosvenor Poker, including David Haye, were part of the action on Day 1. Richard Trigg fared the best. He entered and re-entered four times on Sunday, a strategy that helped him finish just short of the money in 164th place.

With another year of preparation under his belt, he took to the felt on Saturday as an official member of Team Grosvenor Poker. However, his newfound status as a sponsored player and six bullets couldn’t help him make it into the money as he hit the rail in 448th place.

Also missing out on a cash prize was gotcahgirl. The online grinder made it to Day 2 on August 9, but crashed out on the bubble in 145th place. That elimination ensured the 144 survivors received at least $476 for their efforts.

Everyone Wins After 2020 Goliath

With more than $54,500 on offer for the winner, the final day of play was a tense affair. Gerard Barclay dealt with the pressure better than anyone as the field thinned.

In the end, he beat FrazzleFraggle heads-up to win the first Goliath online title. What’s more, he achieved a career-high payday with two buy-ins.

The online Goliath will also go down as a win for Grosvenor. Although this year’s event attracted approximately 7,000 fewer entrants than it did 2019, the conditions are different. COVID-19 restrictions made it impossible to host the tournament inside its traditional home, the Ricoh Arena.

What’s more, the decision to run the MTT online was announced in July, which meant there wasn’t as much time to host multiple starting flights. This, coupled with soaring temperatures across the UK on Saturday, may have made the Goliath a less attractive proposition than usual.

However, the tournament proved its worth by more than doubling its £100,000 guarantee. Grosvenor Poker will consider that a victory under the current circumstances.