Grosvenor Casinos’ Goliath Main Event will begin online on Saturday, but questions remain as to how successful it will be. 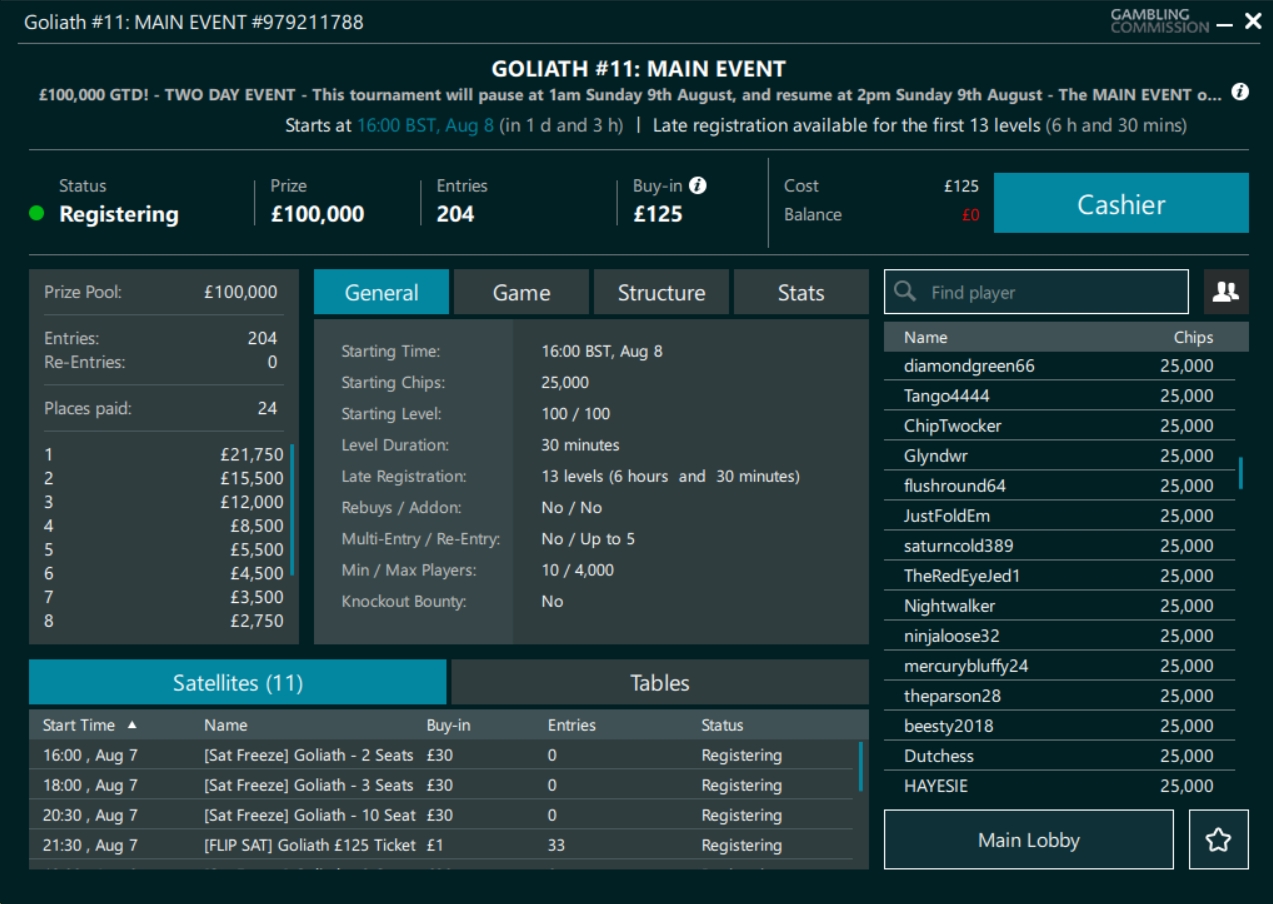 The Goliath has become one of British poker’s major success stories since it launched in 2011. 9,300 players paid £125/$160 to take part in last year’s event, making it the largest live tournament outside of Las Vegas.

This year’s aim was to attract 10,000 players, but COVID-19 has flipped the script. After almost a decade of breaking records, Grosvenor may have to accept a smaller turnout than usual.

Grosvenor announced its change of plan in early July. With lockdown restrictions in the UK making any type of mass-participation event impossible, the Goliath was always going to suffer. Organizers weren’t to be deterred, however, and put together an online schedule.

The decision matched the zeitgeist. COVID-19 has forced the majority of tournament operators to run their festivals online. Grosvenor followed suit and, in many respects, the omens are positive.

Other festivals such as the WSOP Online Bracelet Series and WPT World Online Championships have exceeded expectations in recent weeks. So too have the Goliath’s side events. Every guarantee has been broken so far, but the main event’s £100,000/$130,000 prize pool may prove tougher to beat.

Just over 200 players had bought in at the time of writing. Although the action doesn’t start until 16:00 BST on August 8, there’s still a sizeable overlay to overcome.

A flurry of satellite winners and last-minute buy-ins can still help the Goliath Main Event become a success. It won’t, however, break any records, unless there’s a serious number of late entrants.

Time for Grosvenor to Test Something New

Join @mrdavidhaye this Saturday and take on the biggest poker tournament in Europe… GOLIATH!

The rules, of course, are different. This is the first time the Goliath has taken place online, and there hasn’t been the usual selection of starting flights. There may also be a sense of overload within the poker community.

The glut of high-profile tournaments that emerged as a result of COVID-19 has been great for players. However, a sense of fatigue may be setting in. The WSOP and WPT are taking place elsewhere online, and that could hurt the Goliath.

Conversely, because Grosvenor has never hosted its flagship tournament online, it’s a chance to try something new. Goliath will always be a live event, but a strong turnout could lead to a spinoff event. Therefore, even if Grosvenor’s recent run of records doesn’t continue this weekend, it will still be a learning experience.

For players, the Main Event gets underway on Saturday and late registration will remain open for 6.30 hours. Satellite tickets are still available, and a number of famous faces, including ex-boxer David Haye, will be in action.