It was only a matter of time before the last of the big three poker tours went online, so it came as no surprise this week when PokerStars announced its latest move. 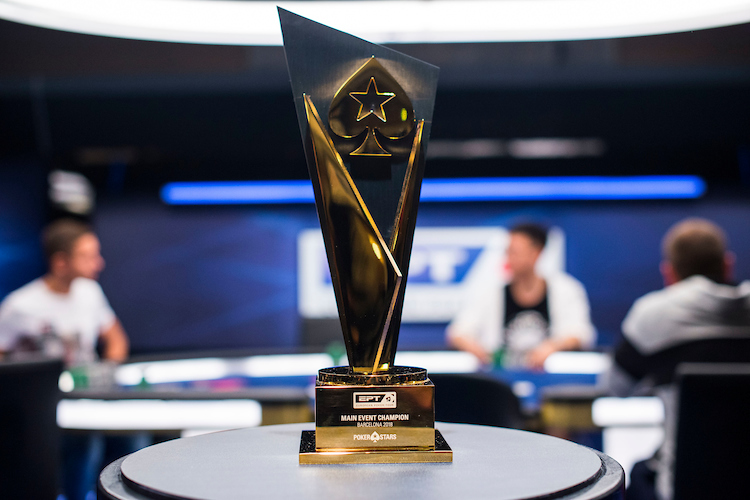 Although the European Poker Tour has managed to offer something in the way of live events this year, the action is still being moved online for the next few weeks.

PokerStars announced the switch on Monday and will follow similar offerings from the WSOP and WPT earlier this year. The move comes at a time when new COVID-19 restrictions are spreading across Europe.

EPT Online will be the first time the popular tour has been played on the virtual felt. Ever since the tour launched in 2004, it’s hosted Europe’s largest live poker events. Such is the EPT’s allure that PokerStars was forced to bring it out of retirement in 2018 after a failed attempt to launch a new tour in its place.

Ten EPT events took place between 2018 and 2019, but this year has been a write-off. Although PokerStars held on until the last minute in almost all cases, plans to host EPTs in Barcelona and other parts of Europe have been dashed due to COVID-19 restrictions.

The organizers did manage to host an event in Sochi, Russia, last month. Ruslan Bogdanov won the $2,200 EPT Sochi main event for $206,000 after beating a field of 673 players. The strong turnout not only generated a healthy prize poo,l but offered a glimmer of hope for live tournament players across Europe. 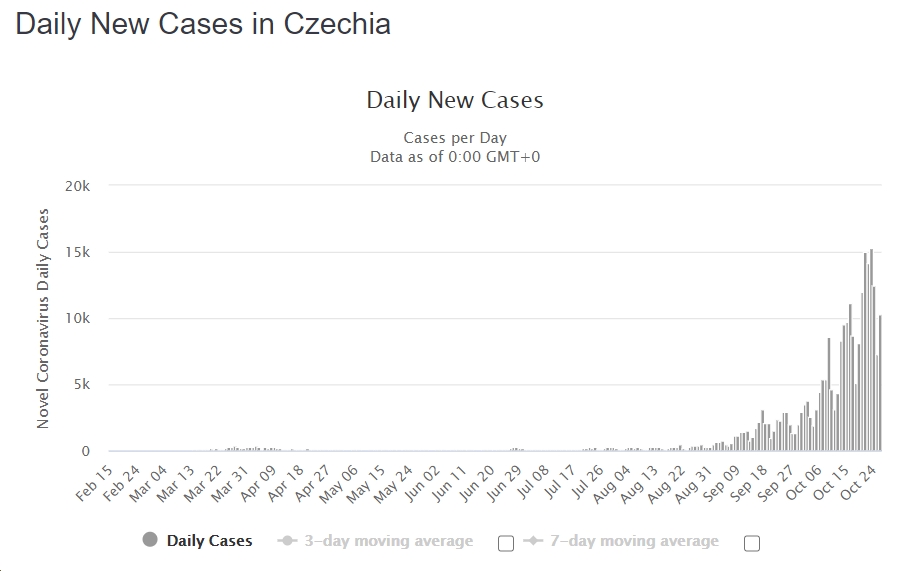 COVID-19 cases are rising in the Czech Republic. (Image: Worldometers)

With EPT Sochi going off without a hitch, there remains hope EPT Prague can go ahead as planned in December. However, with COVID-19 cases increasing in the Czech Republic, that may not be possible. As such, EPT Online is as much of an insurance policy for PokerStars as it is a chance for players to enjoy another event during uncertain times.

Satellites will run from now until the final MTTs get underway and there will be random ticket giveaways in the coming days. 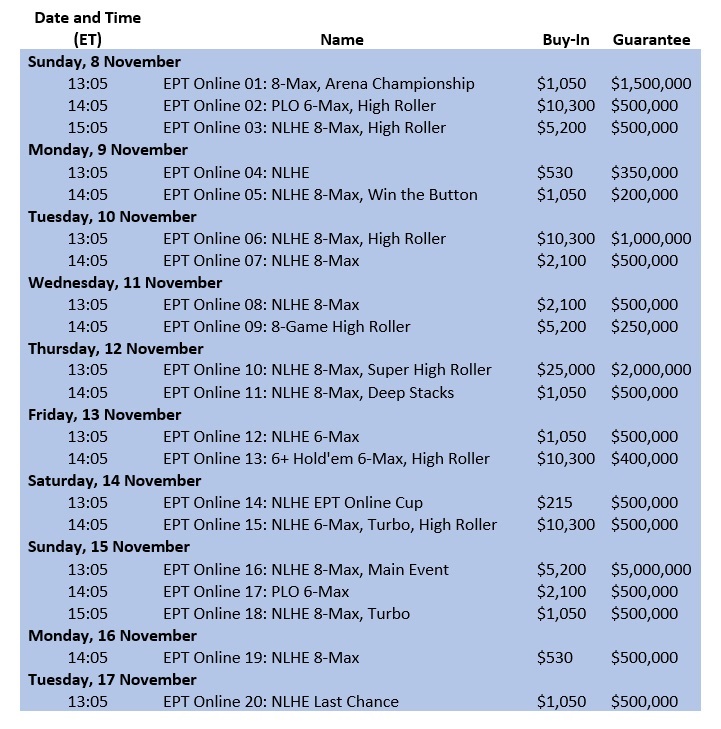 The aim is to make EPT Online a direct equivalent to its offline counterparts. This means there will be MTTs, satellites, and trophies for all main event winners. Certain tournaments will also be streamed online with cards-up coverage and full commentary.

Finally, PokerStars Ambassadors Lex Veldhuis and Ben Spragg will stream their sessions on Twitch to give fans a first-person view of how pros tackle major MTTs.

Digital-to-online conversions have been successful this year and although it’s far from ideal, the prospect of winning an EPT title on PokerStars is something that should draw a significant amount of interest. Moreover, with EPT Prague under threat due to the Czech Republic’s latest COVID-19 fears, an online festival should bring what’s been a turbulent year to a relatively successful end.