England’s Dusk Till Dawn (DTD) remains closed, despite other poker rooms returning to normality this week. However, with plans to reopen, owner Rob Yong wants to know what players think about vaccine passports. 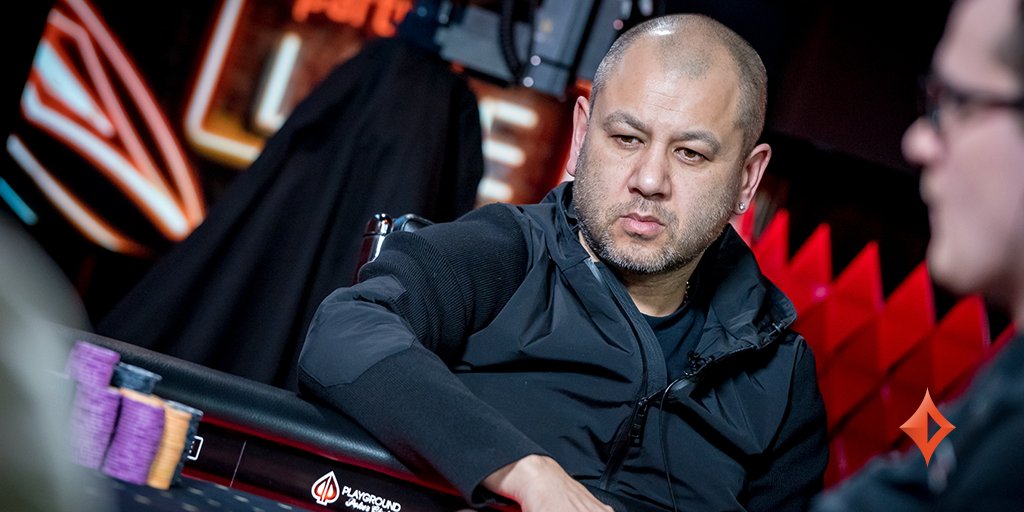 Dusk Till Dawn owner Rob Yong wants to know if players should be double-jabbed before anteing up. (Image: Partypoker/Twitter)

The issue of proving one’s health status as a right of entry is a contentious one, and not just in England. Riots recently broke out in France when President Emmanuel Macron said that “green passes” would be required for cafes, bars, and other public venues.

The French government has since softened its hardline position amid ongoing discontent. There’s been a similar level of anger in England, but Yong wants to know what his customers think about COVID passes.

To jab or not to jab? DTD owner considers thorny issue

Yong created a Twitter poll on Wednesday asking whether or not people should be “double jabbed” before they can enter Dusk Till Dawn. The inference within the question is whether or not DTD should accept vaccine passports.

Indeed, without providing official proof, staff wouldn’t know whether or not someone is fully vaccinated. Therefore, some sort of pass would be required.

Should you be allowed to come into @DTD_Cardroom if you have not been double jabbed ?

Yong acknowledged that the issue is a “hot potato,” but believes some type of vaccine passport will be law in England at some point anyway.

There’s certainly merit to that argument. Prime Minister Boris Johnson told the media on Tuesday that anyone wanting to enter a nightclub from September will have to prove they’ve had two doses of vaccine.

“As we said last week, we do reserve the right to mandate certification at any point if it’s necessary to reduce transmission,” Johnson said during Tuesday’s press conference.

Michael Kill, chief executive of the Night Time Industries Association, called it a “bad idea” to impose vaccines passports on venues that have been closed for 16 months. He described it as another “chaotic U-turn” by the government and something that 85% of nightclub owners don’t want.

Poker players, it seems, have a slightly different view when it comes to the game they love. Yong’s Twitter poll ended with 55.7% of the 2,589 respondents voting in favor of restricting access to double-jabbed people. Many of the comments support the idea based on health grounds. However, more than 44% of voters are concerned that making vaccination a condition of entry is a slippery slope.

DTD follower Damien made one of the best points within the thread. He said it’s “completely acceptable” for private businesses to deny entry. However, he also acknowledged that the “morality” and legality of such a requirement is questionable.

Yong hasn’t committed either way. He’s said that it’s not a “black and white issue” with an easy answer. 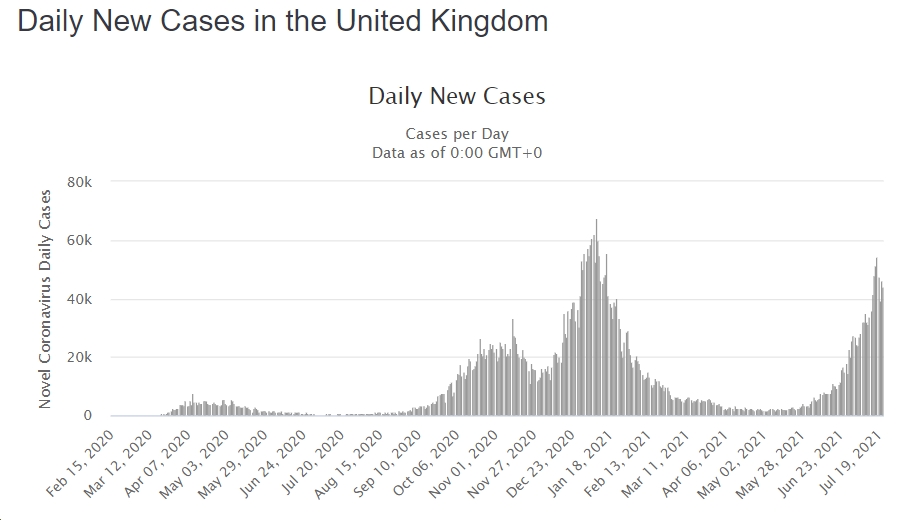 On the one hand, COVID infections are rising in England and the UK as a whole (see image above). However, the counter to this is that deaths remain low because vaccines are working.

There is also the problem of coercion and civil liberty. Even Boris Johnson, before he was Prime Minister, said that he opposes ID cards. In a now-famous speech (see video below), he said he would “grind up” an ID card and eat it on “his cornflakes” if such a thing was ever demanded by the government.

Other members of the UK gambling industry have also made their positions clear on the topic. CardsChat spoke to the Empire Casino this week. A representative for the poker room told us that, at the moment, no proof of vaccination is required. We also learned back in April the London’s Hippodrome Casino is against COVID passports. CEO Simon Thomas signed the Open for All charter, as did representatives for the Broadway Casino in Birmingham and Cardiff’s Rainbow Casino.

There is clearly a debate to be had. Johnson’s plan to mandate vaccine passports for nightclubs may have to be voted on in the House of Commons before it’s brought into law. Conservative MP Steve Baker has already said that he believes the proposal wouldn’t make it through a vote. Moreover, there is a sense that nightclub vaccine passports are being used to coerce more young people to get vaccinated and that they won’t actually be enforced.

Club looks a bit better with lights on 💪 meeting management today to look at plans for opening – when know for sure – will let you know – defo won’t be until everyone on UK has been doubled jabbed 💉💉💉💉 pic.twitter.com/QpfDRBqChV

As for Dusk Till Dawn, the jury is still out. Yong has an idea of what his customers want, and he’s now talking with staff about the best way to reopen.