David Peters is unstoppable. The Ohio native rose to the top again on Monday, besting a 69-player field in US Poker Event #11 and claiming the $465,750 first-place prize. In the process, Peters also leapfrogged Ali Imsirovic for the 2021 USPO series lead with only one event remaining. 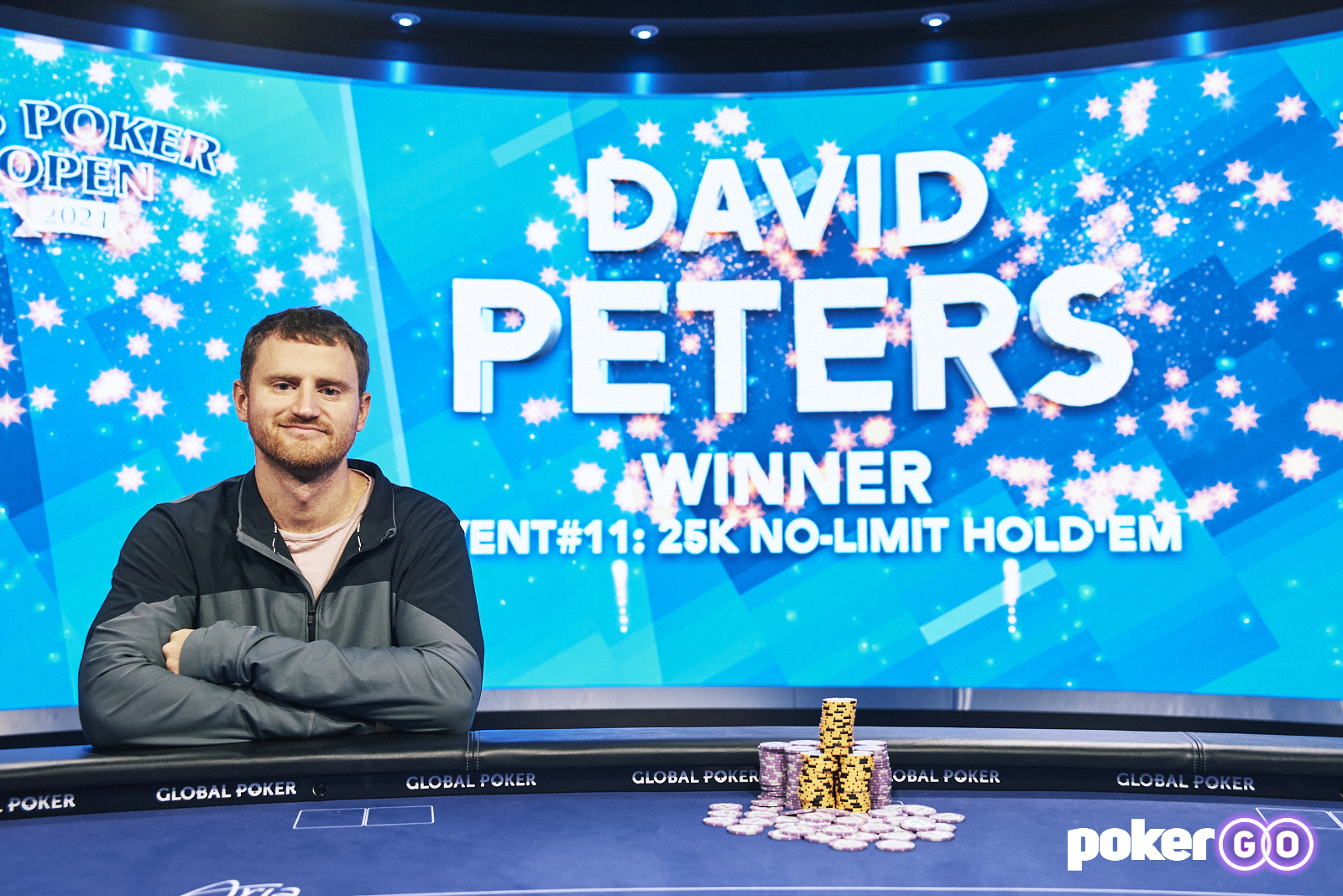 On Sunday, Peters caught Imsirovic bluffing heads-up in Event #10, to win that tournament for $124,200. At the final table in Monday’s $25,000 No-Limit Hold’em event at the PokerGO Studio in Las Vegas, he had to grind out a win.

With five players remaining, Peters risked his final 1.8 million chips with A-Q against Vanessa Kade’s pocket 10’s. Right on cue, the 2019 US Poker Open champion did what he does best — won a race. The board ran out J-9-A-4-3, providing top pair and a double-up for Peters. Kade, the only woman to reach a 2021 USPO final table thus far, went from chip leader to one of the smaller stacks. She eventually busted in fifth place for $138,000, less than 10% of her $1.5 million win in the March Sunday Million Main Event.

After that hand, it was still anything but smooth-sailing for Peters. He picked the wrong time to put Ivan Zufic, who had raised to 200,000 with pocket kings, all-in for 2.95 million. Peters held pocket 6’s in the hand and received no help from the runout of 3-2-5-8-J, losing more than half his stack.

But as he’s done so many times in his poker career, Peters battled back, eventually getting the best of Zufic, who was the eventual runner-up, good for $345,000. Peters, meanwhile, took home his third US Poker Open title of the series and earning 279 series points, bringing the back-to-back champ to 646 overall. That puts him well out in front of Imsirovic, who is in second place with 483. Dan Shak, who took third place in Event 11 for $224,250, is in third place in the USPO standings (371 points).

Monday also marked the start of the two-day, $50,000 No-Limit Hold’em series finale. Peters won’t be going back-to-back-to-back as he busted in 13th place out of 42. At the time of publication, Sean Winter held the chip lead, with Stephen Chidwick and Jason Koon right behind him.

The final table will take place starting at 1 pm PT on the PokerGO app. Six players will cash, with the winner taking home $756,000.