Ali Imsirovic was unable to win consecutive US Poker Open titles thanks, in large part, to a failed bluff against David Peters on the final hand of Event #10. 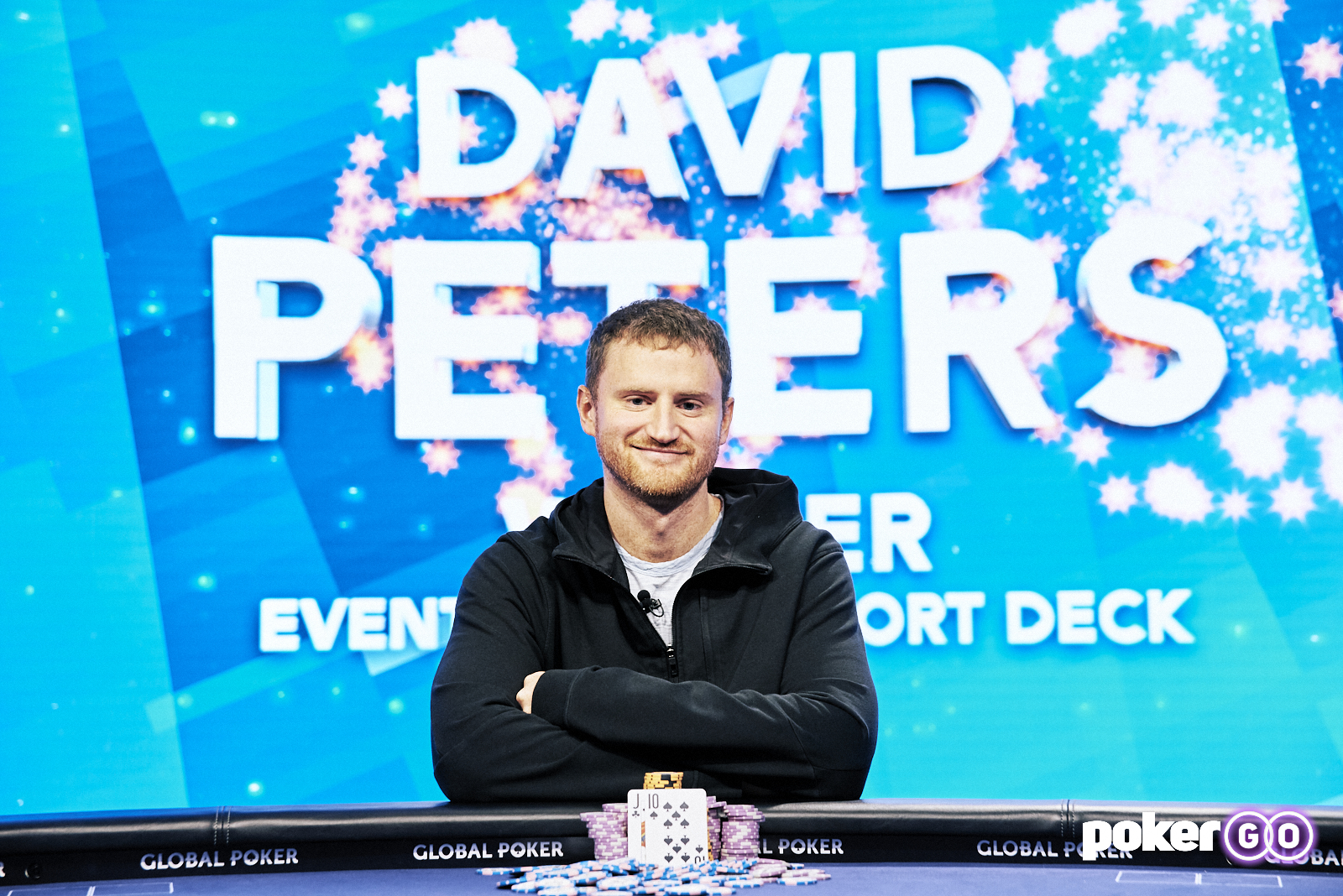 David Peters won yet another US Poker Open title on Sunday. (Image: PokerGO)

The $10,000 Short Deck event, which is a version of No-Limit Hold’em in which the 2-5 cards are removed from the deck, didn’t draw the same kind of field that many other USPO events attracted this year. Only 27 players registered for the high-roller tournament, the lowest turnout through the first 11 USPO events.

Four players cashed, with Thomas Kysar taking fourth place ($27,000), and PokerGO founder Cary Katz busting in third place ($43,200) on Sunday afternoon at the PokerGO Studio in Las Vegas. That set up a heads-up match between Peters and Imsirovic.

Imsirovic was fresh off a $217,800 win less than 24 hours earlier, while Peters won USPO Event #7, for the same amount just two days earlier. Both players were after yet another title and the 2021 US Poker Open crown.

Peters held a 3-1 chip advantage during heads-up play in the short deck tournament, but Imsirovic wasn’t just going to sit back and hope to flop the joint. Instead, he took a shot at a pot that could potentially swing the momentum back in his favor. On a board of A-J-10 (rainbow), with Imsirovic holding Q-8 off-suit (a double-gutter), he bet 100,000 into a pot of that exact size. Unfortunately, for the 26-year-old poker pro, Peters had bottom two-pair (J-10) and wasn’t going anywhere.

The 6 on the turn improved neither player’s hand, but that didn’t stop Imsirovic from continuing to represent a monster hand. He bet 450,000, slightly over the size of the pot and Peters again made the call. Another 6 landed on the river, which wasn’t necessarily a good card for Peters given that his two-pair would be counterfeit if Imsirovic had an ace.

Imsirovic didn’t back down and shoved all-in for around 1.6 million. If the bluff were to get through, he would significantly narrow the gap. But after tanking for a little over a minute, Peters found a call and shipped his second US Poker Open title in the past four days, this one for $124,200. Imisrovic earned $76,600 for second place.

With that victory, Peters now moves into second place on the US Poker Open leaderboard with 367 points, ahead of Andrew Lichtenberger, who remains at 308. Joe McKeehen drops back to fourth place at 302. Imsirovic extends his lead with 483 points heading into the final two events of the series. The overall series winner will receive an extra $50,000 cash prize.

Despite the failed bluff attempt on the final hand, Imsirovic has far and away been the top high roller in tournament poker this year. He already has six high-roller titles in 2021, and has reached the final table in three straight US Poker Open events.

Imsirovic’s opinion of short deck, given the small field size in most of these events in the US, doesn’t seem to differ from the majority. Following his runner-up finish, the Bosnian poker pro shared his thoughts on the poker variant with PokerGO commentator Jeff Platt.

“I like the heads-up part,” Imsirovic said when asked if he’s coming around on short deck. “The rest, I don’t like at all.

Short deck poker is more popular among the high rollers in Asia, most notably in Macau, China. Legendary pros Tom Dwan and Phil Ivey are two of the game’s strongest advocates, but their marketing efforts of short deck don’t seem to be paying off much in the United States.

The 2021 US Poker Open continues on Sunday with the start of Event #11, a two-day, $25,000 No-Limit Hold’em tournament. At the time of publication, 54 players had registered and 37 remained. On Monday, the $50K series finale kicks off. You can catch both final tables (Monday and Tuesday) on the PokerGO app.