Dan’s WPT World Championship Diary #2: Not a Dry Eye in the Full House – Women in Poker Hall of Fame (Pt. 1)

There’s magic in the Las Vegas air thanks to the WPT World Championship. The tournament’s $15 million guarantee has been blown out of the water, players are having the times of their lives, and everyone I’ve seen at the Wynn has been smiling. 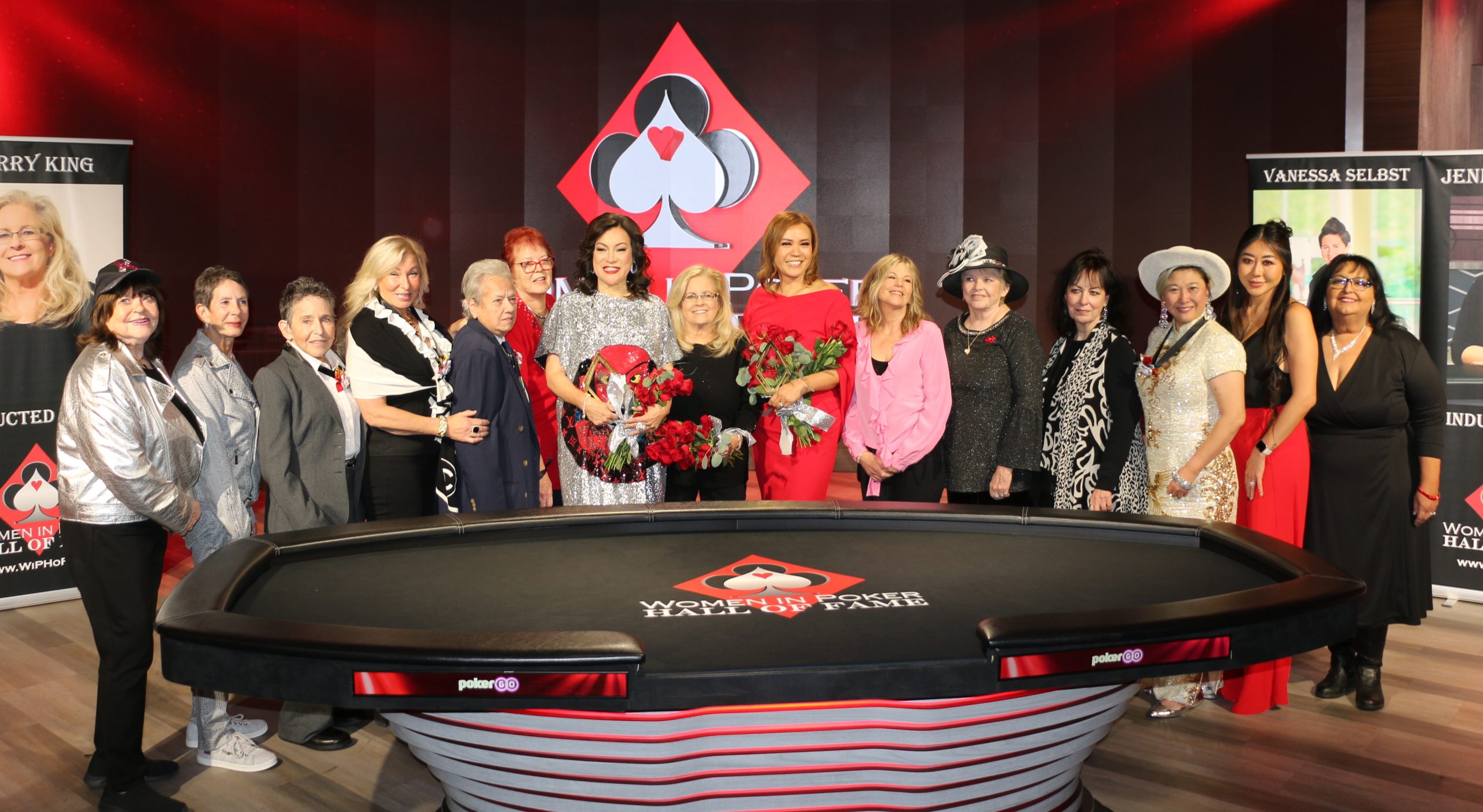 WPT executive Angelica Hael was among those honored at the 2022 Women in Poker Hall of Fame ceremony in Las Vegas. (Image: Daniel Smyth/CardsChat)

It’s a great time to be in the game and this feeling of festive cheer was on full display at the Women in Poker Hall of Fame induction ceremony. I joined over 150 people at the champagne breakfast to honor four fantastic women: Angelica Hael, Terry King, Vanessa Selbst, and Jennifer Tilly.

I didn’t know what to expect when I arrived but, as is becoming a common theme at the WPT World Championship, I wasn’t disappointed. The room was sparkling almost as bright as some of the outfits on display. Of course, we weren’t there for a fashion parade, but everyone in attendance had made an effort.

Women in Poker Hall of Fame is spectacular

Robbie Strazynski, founder of Cardplayer Lifestyle founder (and CardsChat podcast host), said the set-up was “spectacular.” He attended the 2018 Women in Poker Hall of Fame ceremony at the Orleans. That event was nice but, in his view, this year’s was on another level.

I can’t make that comparison because I wasn’t there in 2018, but Robbie knows his stuff. I could also see the effort Lupe Soto, founder of the Women in Poker Hall of Fame, had put in. Soto and her team had created a real sense of occasion. There was food, champagne, and custom jewelry for this year’s inductees.

And, of course, the ceremony was being streamed live on PokerGo’s YouTube channel (see video below).

The world could watch, and I hope they were. Being as blunt as possible without using profanity, it’s ridiculous that women feel like they can’t play poker. I say feel because there aren’t any physical barriers to entry.

As Jennifer Tilly said during her acceptance speech, poker is about “brains not brawn.” That’s true, so why, if physical discrepancies aren’t an issue, can’t women feel comfortable at a poker table? I’m baffled, but the good news is that women are playing and, as I saw, excelling.

Breaking down barriers with empathy

Mario Ho provided the ceremony’s keynote speech and she gave us an interesting stat: women account for 30% of Play WSOP’s playerpool. Of those that figure, 70% are winning players. That’s important for two reasons.

Ho believes that we need to bridge this gap and bring more women into the live arena by offering more value. Women need to feel comfortable, but they also need to see live poker as a positive experience that offers something other than money. 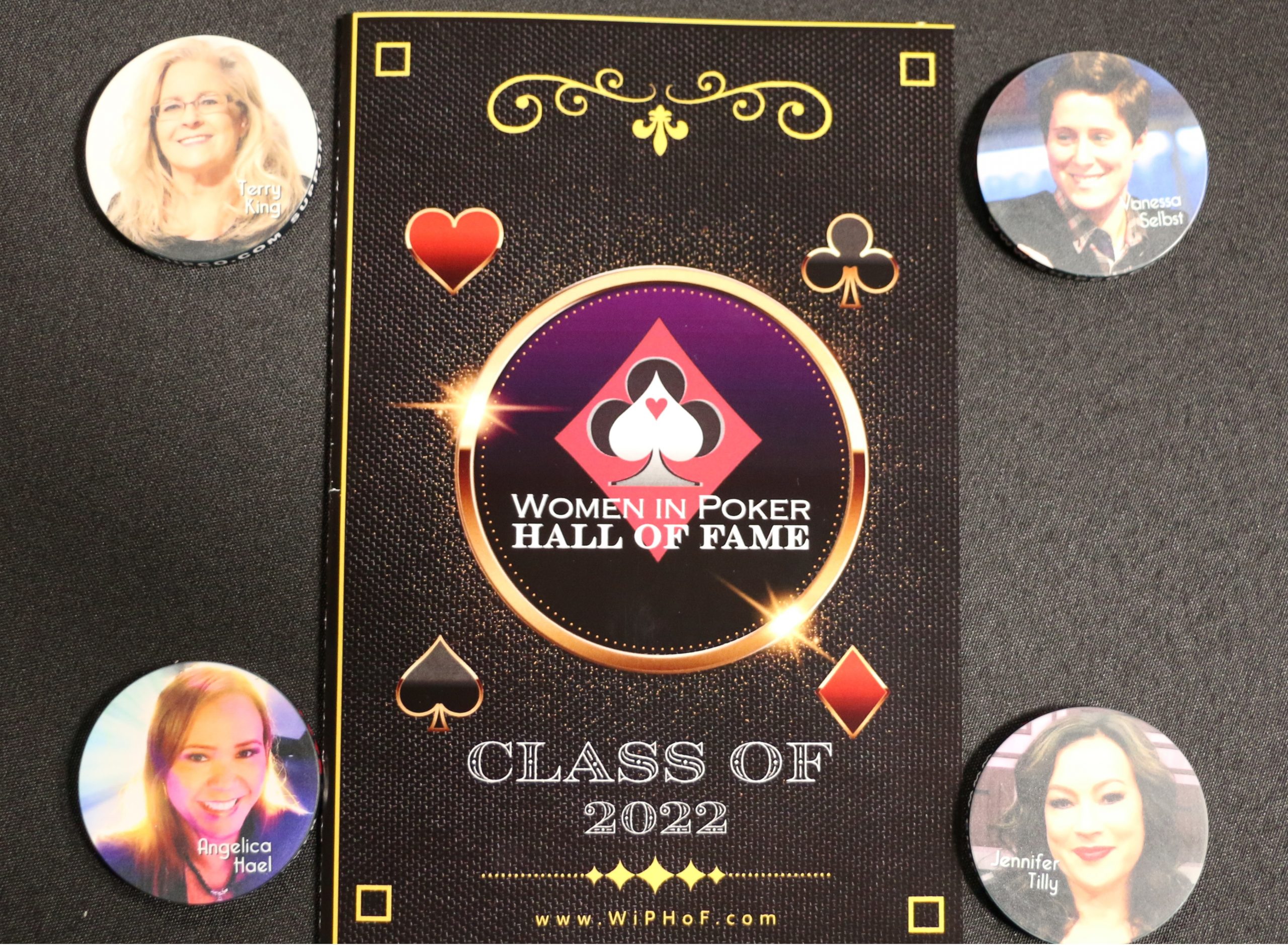 How can we do that? Ho believes the best way to remove these barriers is empathy. “Try to put yourself in their shoes,” she said. Everyone in poker needs to think about what they feel like in new situations and “be welcoming.” This, for Ho, can even the playing field and I agree.

However, as I said, there are success stories when it comes to women in poker and four of them were told during the ceremony. The first was Angelica Hael. The Vice President of Global Tour Management at WPT. She has brought a level of professionalism to the organization that it never had.

WPT World Championship success is down to Hael

Adam Pliska gave a moving speech that left very few dry eyes in the house. The WPT CEO started on a jovial note, recounting his first impressions of Hael who, in his words, was one of the weirdest people he’d met. 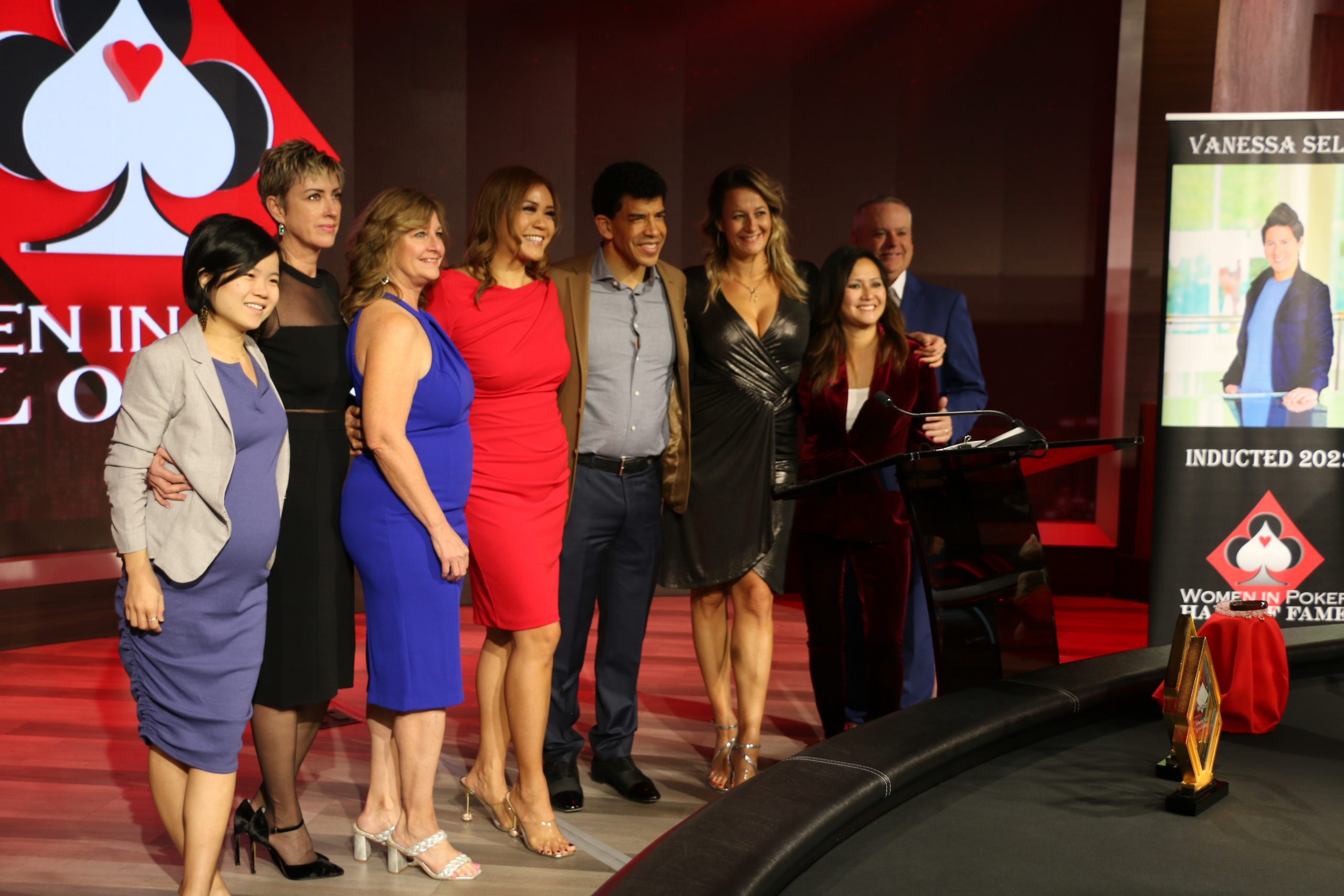 However, as he continued, it was clear Hael has been instrumental in the WPT’s growth. Pliska even said she’s one of the main reasons the WPT World Championship has smashed its $15 million guarantee.

For Pliska, Hael is one of the “best executives” he’s ever seen but, more importantly, she embodies everything the WPT strives to be as an organization.

“You have bought into the philosophy of the World Poker Tour. That we are a canvas connecting people,” Pliska said.

The emotion was building throughout the speech and, holding back the tears, he commended Hael for the work she’s done and the legacy she’s created within the company.

“It’s your heart and commitment that’s allowed this company to elevate and be its best. I look over here and I see members of your team [all women] and I realize that they’re a reflection of you. They’re passing on to another generation of people exactly what we want to be,” Pliska concluded.

How did Hael move the WPT’s CEO (and many of us in the room) to tears? Bloody determination. She’s never shied away from a challenge and that’s why she’s one of the top executives in poker.

“The biggest obstacles in life can be conquered by sheer determination and a willingness to give it everything you’ve got,” Hael said during her acceptance speech.

The WPT is certainly better because of Hael, but poker is too. That’s why the WPT family were up on their feet as she accepted her place in the Women in Poker Hall of Fame.

That applause continued as the other three women took centerstage. Come back for part two of this diary entry to see what I thought about a king of queens, the biggest female winner of all time, and a Hollywood star who shines in poker.