The WPT has brought people together from all parts of the poker community at the World Championship and, on Monday, during the main event, it honored two legends of the game: Vince Van Patten and Isai Scheinberg. 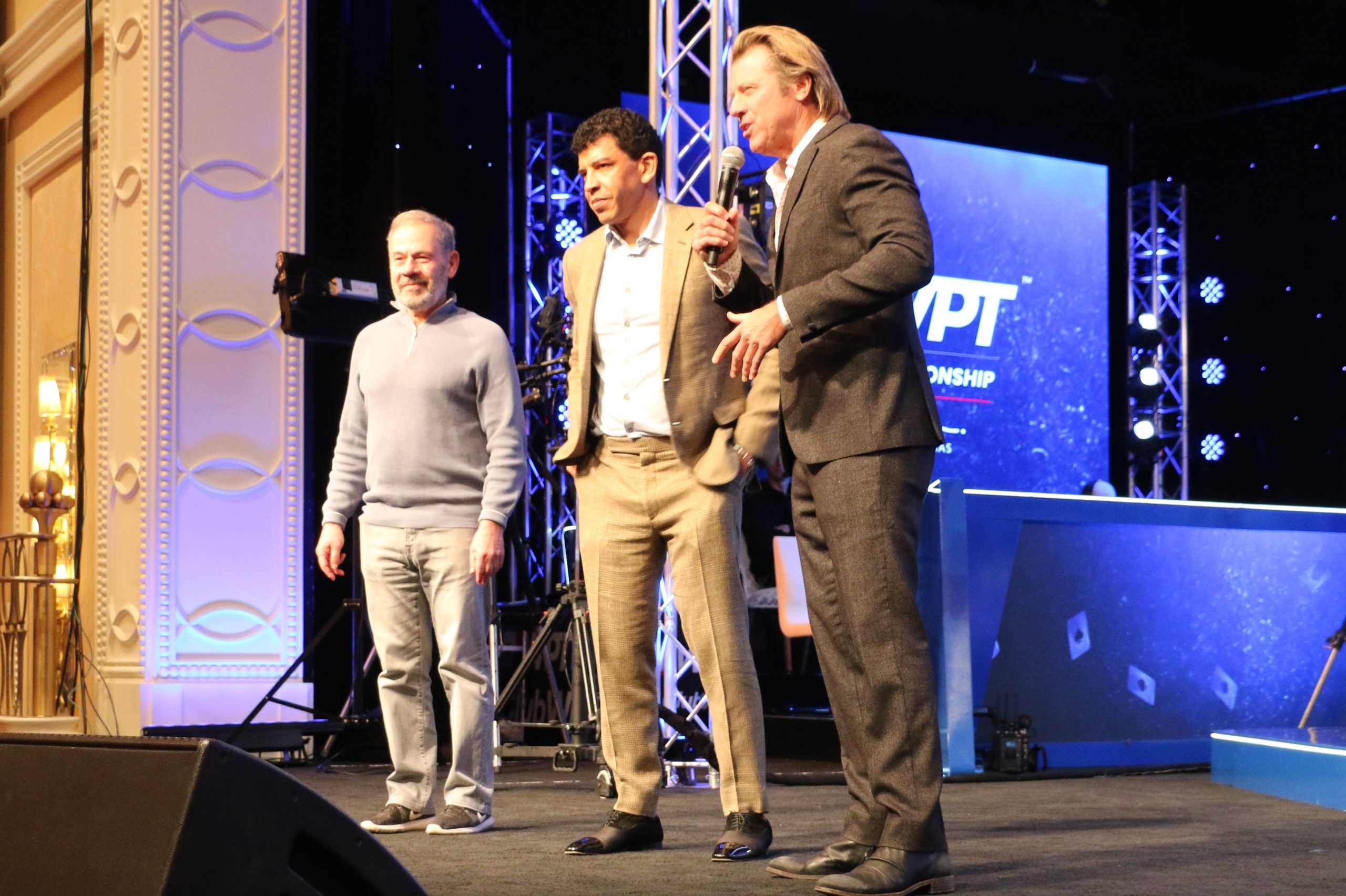 The impromptu announcement during Day 1A of the $10,400 World Championship was made by WPT President and CEO, Adam Pliska.

As players took their seats, Pliska took to the stage to announce Van Patten and Scheinberg as the latest WPT Honors list luminaries.

The honor roll was first launched in 2017 as a way of recognizing poker’s most influential figures. Today, Van Patten, the WPT’s longest-serving broadcaster, and Scheinberg, the founder of PokerStars, were honored in front of a packed Wynn ballroom.

“We started WPT Honors in 2017 to honor people who have made a significant contribution to not only the WPT, but poker in general. We’ve got two inductees that we’re very proud to bring out. One that’s been very much in front of the camera, the other you know very well but you may not know what he looks like,” Pliska said. 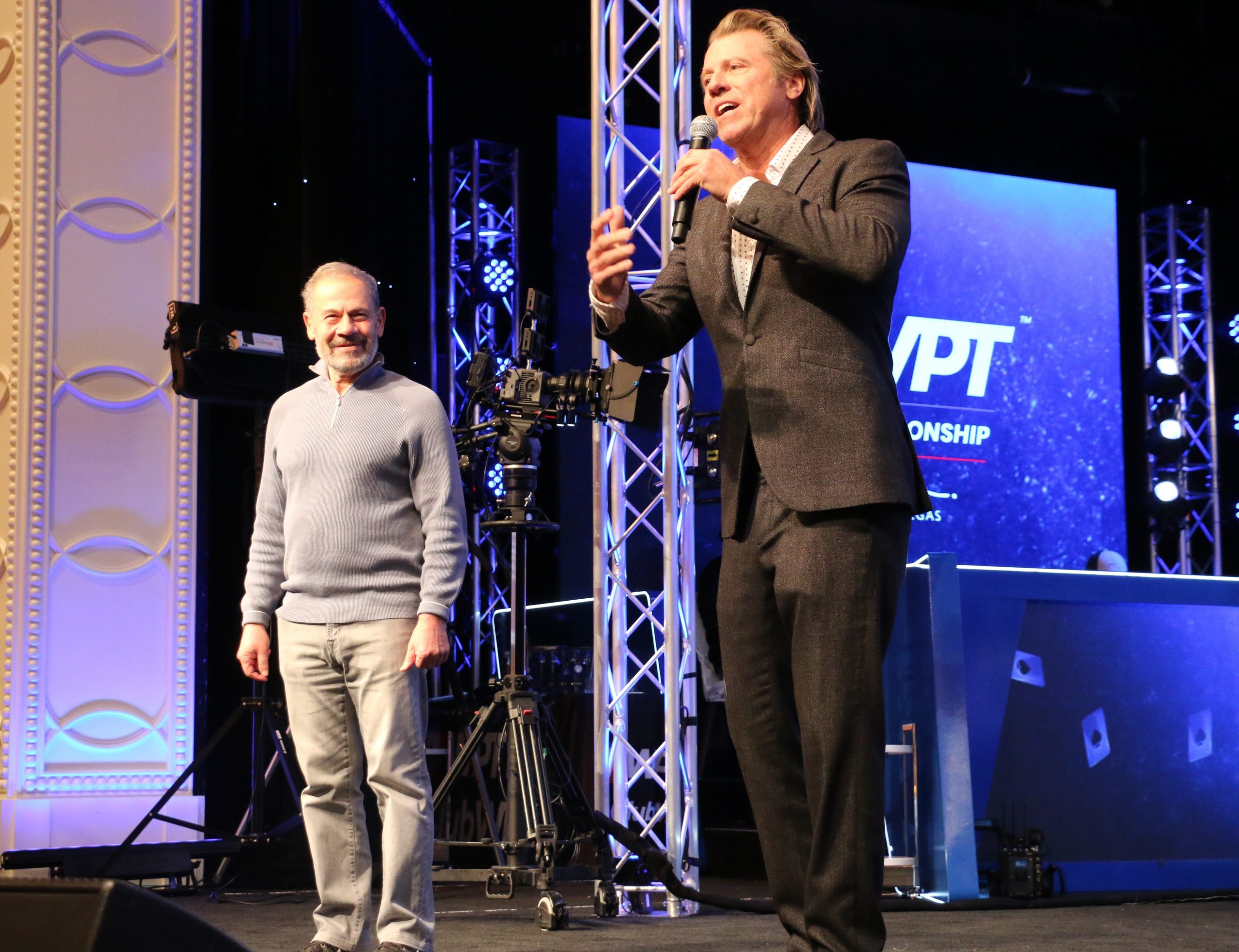 Van Patten needs no introduction. He’s been calling the action on the WPT for 20 years, so his face and voice are familiar to players and viewers alike.

“20 years on the World Poker Tour or, as I like to see it, 1,465 shots of tequila ago. It’s been fun. I want to thank the WPT, Mike Sexton, and Adam Pliska for forging ahead. I also want to thank the Wynn Las Vegas for making this such an exciting event, it’s been amazing,” Van Patten said.

That’s a lot of time behind a microphone and more shots than most could manage, but Van Patten, who’s also an actor and director, was raised for a career in poker.

“I want to go back to my father who taught me to gamble. Most fathers play baseball with their sons in the backyard, not my father. Dick Van Patten taught me how to read the racing form, play three-card monte, and play poker at the age of eight,” Van Patten continued.

Lessons in poker are often applicable in life and Van Patten learned that from an early age.

“My father said, if you can figure [poker] out, you’ll do just fine. I credit my father, and that’s why I’m here on the WPT 20 years later,” Van Patten concluded.

Next to receive the mic, and the appreciation of everyone in attendance, was Scheinberg. The man who created PokerStars is often credited with helping online poker get to where it is today, a fact Pliska reminded people of.

“Scheinberg is the founder of PokerStars. He’s made immense contributions, the greatest contributions to online poker,” Pliska said.

“I’m not a big speaker, but I’m very honored to be here. It’s a great testament to our team and everything we did at PokerStars,” Scheinberg said.

PokerStars was not only the site Chris Moneymaker used to satellite into the 2003 WSOP Main Event, it’s been the birthplace of countless poker innovations over the last 20+ years. 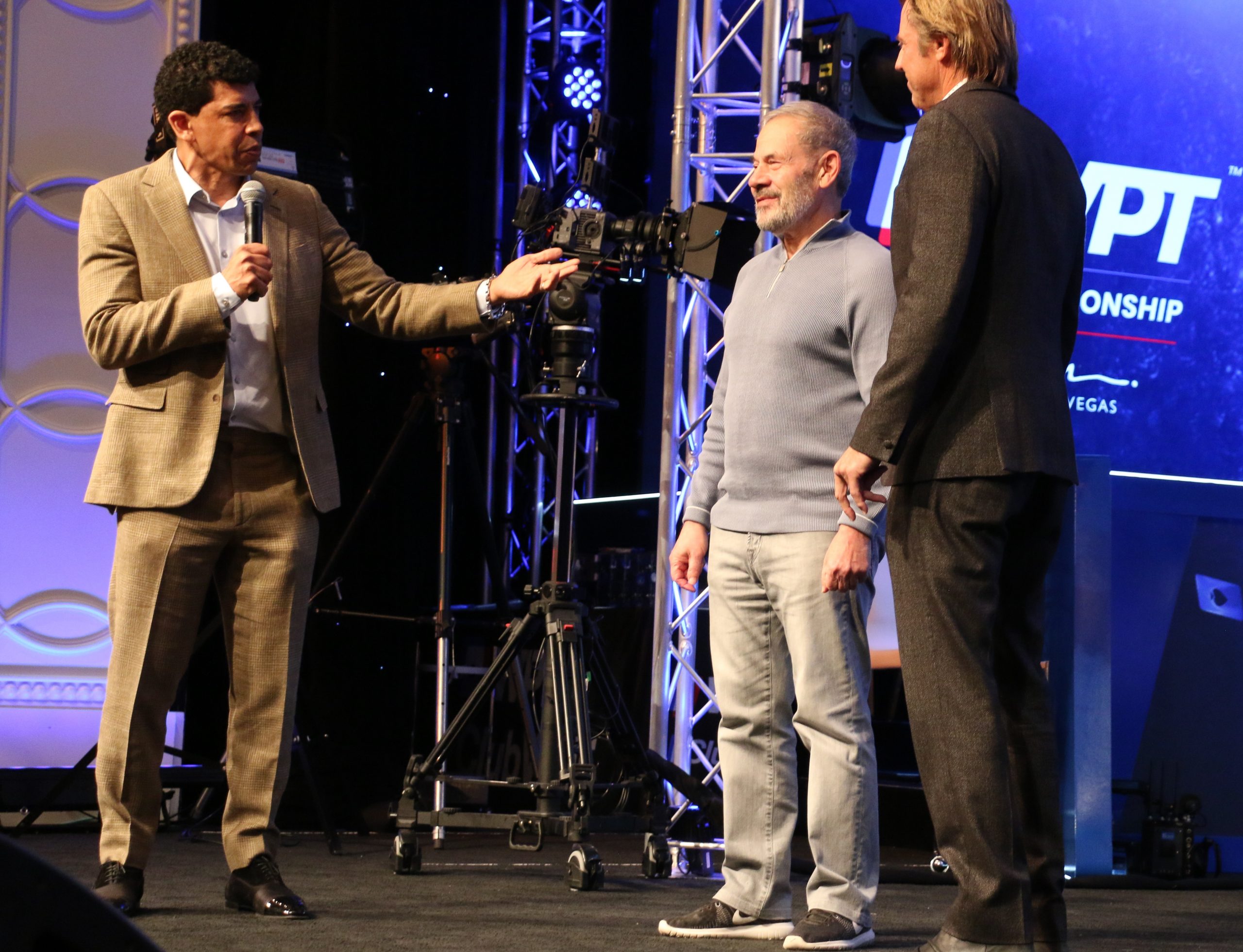 Scheinberg was a driving force at PokerStars until he stepped down in 2012. However, even with PokerStars setting new standards online, he acknowledged the role partnerships with organizations such as the WPT have played in helping the industry as a whole.

“I also want to thank the people who have helped us, one of them [Adam Pliska] is here. I see the WPT as an amazing company that’s made a huge contribution to the poker community for so many years,” Scheinberg said.

Scheinberg finished his acceptance speech by saying he’s “astonished” to see so many people at the WPT World Championship. Once the formalities were over, he returned to his seat on the feature table of the WPT High Roller.

Van Patten and Scheinberg will be formally inducted into the WPT Honors club in a ceremony next year.

Hi Daniel, It’s B. We met yesterday at the main event. Could you send me my photos you took when you have a chance pls, i’d appreciate that. It was nice to meeting you.