The fourth time appears to have been the charm for Daniel Negreanu at the Wynn Millions, a $10 million guaranteed poker tournament. After striking out with his first three $10,000 buy-ins, he’s heading into Day 3 with some dancing chips. 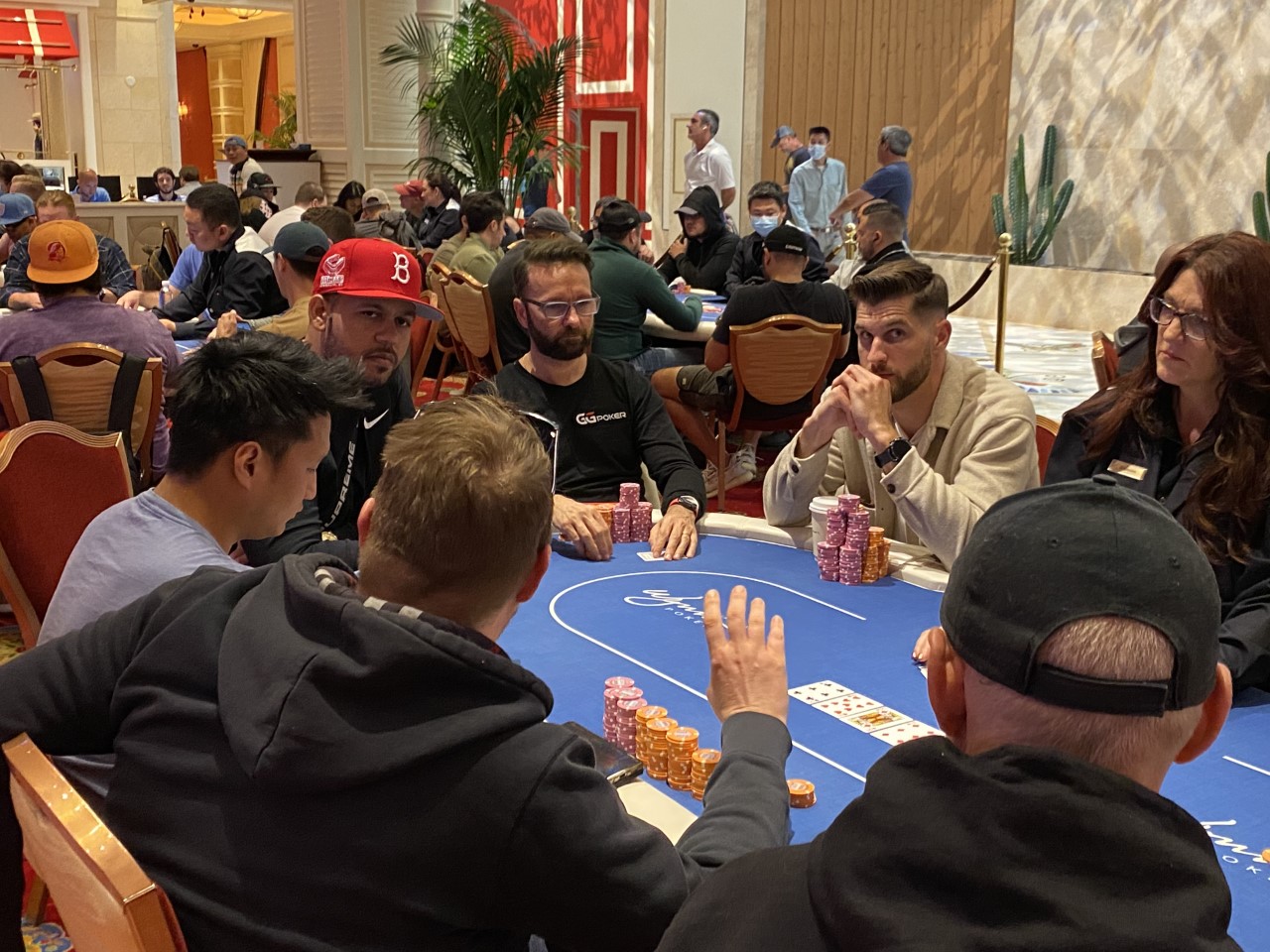 Tuesday’s Day 2C session began with 246 players, but ended with just 86 following five, 90-minute blind levels. Those remaining individuals will meet up with the 76 players who advanced from Monday’s Day 2AB session.

Joseph Zona entered the day with the biggest stack, and he increased his stack on Tuesday before falling back to the pack to finish with 448,000 chips. He’s just ahead of four-time WSOP bracelet winner Robert Mizrachi (436,000), he of the poker famous Mizrachi brothers.

A chance to get unstuck

Negreanu’s struggles over the past couple of years are no secret to most in the poker community. He lost $1.2 million to Doug Polk in a heads-up challenge, struggled to reach final tables in last summer’s WSOP Online Bracelet Series, and was swept in three matches against Phil Hellmuth on PokerGO’s High Stakes Duel.

The GGPoker ambassador then bought in three times — $30,000 total — over the first two days of the Wynn Millions tournament. On his fourth buy-in, he made it to Day 2, and had himself quite a day, bagging 621,000 chips. Only nine players on Tuesday finished with a bigger stack.

The Wynn Millions poker tournament pays out $2,018,666 to the winner — enough to get all the money he lost to Polk back, and still have enough to cover the taxes on his winnings. Of course, Negreanu must first survive Days 3 and 4 just to reach the final table on July 2, and then the heads-up finale on July 3.