Poker couple Kristen Bicknell and Alex Foxen, two of the top high rollers in the game, both reached Day 3 of the Wynn Millions $10 million guaranteed tournament in Las Vegas on Monday night. 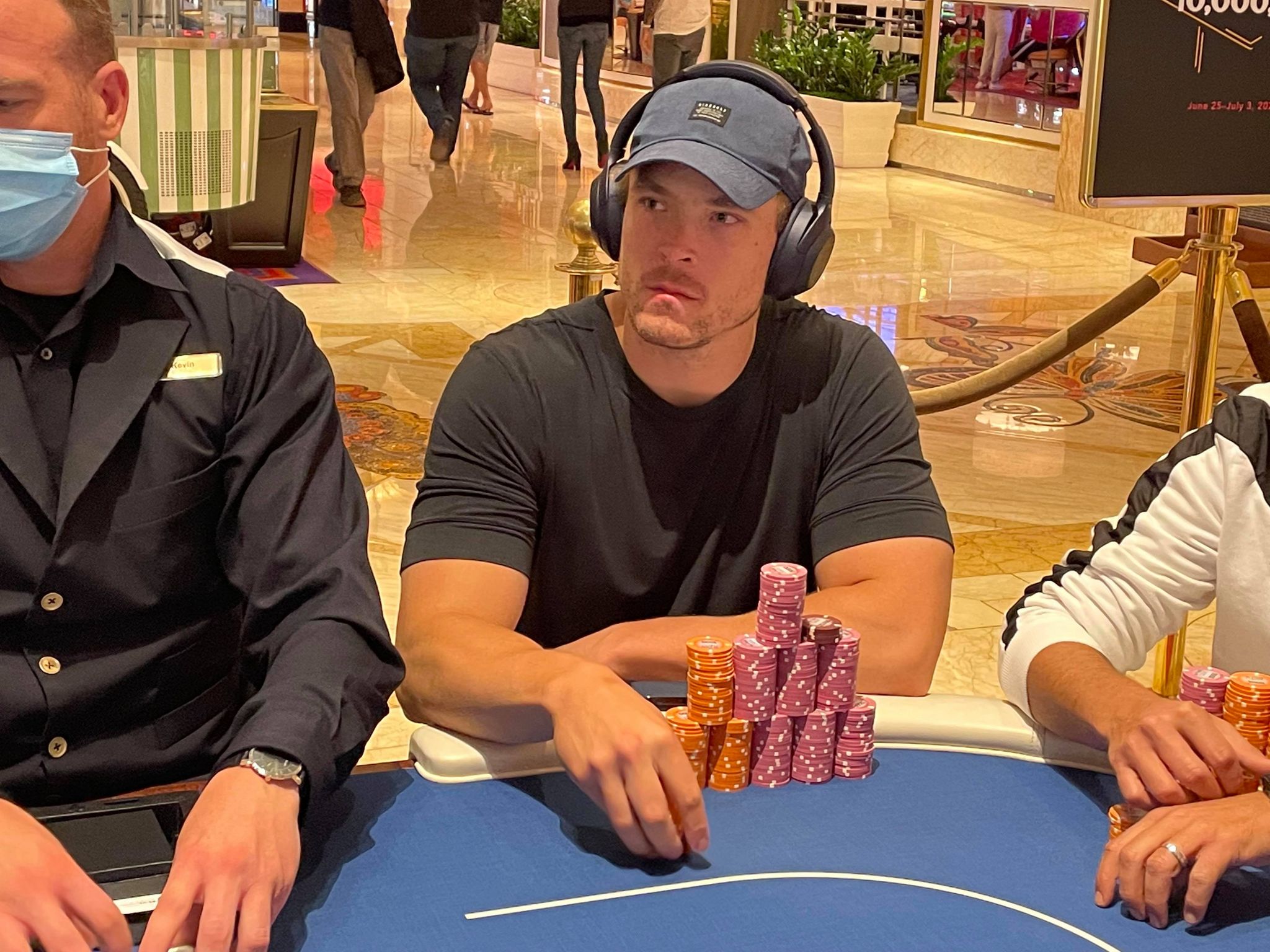 Alex Foxen was the star of the show in the early parts of Day 2AB at the Wynn Millions. (Image: CardsChat News)

Day 2AB, a collection of returning players from the Day 1A and 1B flights, saw a number of big-name pros bust and advance. Early in the session, Foxen tangled with Bryn Kenney, the all-time leader in live tournament cashes, in a memorable pot.

Rough finish for a poker great

Kenney entered the session of 240 players with the chip lead. But two hours later, he was out when his A-Q on an A-A-3-3-Q board was no good against Foxen’s quads.

Foxen, the 2018 and 2019 Global Poker Index Player of the Year, moved into the chip lead at that point. He’d go on to extend his lead over the competition and, at one point, cracked the 900,000-chip mark when his nearest competitor barely had over 500,000.

By the end of the day, however, he fell back a bit (787,000), but still bagged the third-largest stack among the 40 players who advanced to Wednesday’s Day 3. Dominique Mosley ended the eight-hour session with the chip lead at 933,000.

Moving on, moving out

Daniel Negreanu, who’s on his fourth bullet, is among those who will attempt to reach Day 3 on Tuesday. He bagged a below-average stack (77,500) among the 282 players who will return to the Wynn in Las Vegas for the Day 2C session. Play will conclude on Tuesday after five, 90-minute blind levels are completed.