Following a run-good session, Daniel Negreanu has now fully erased a massive deficit in a short period of time against his grudge match opponent, Doug Polk. 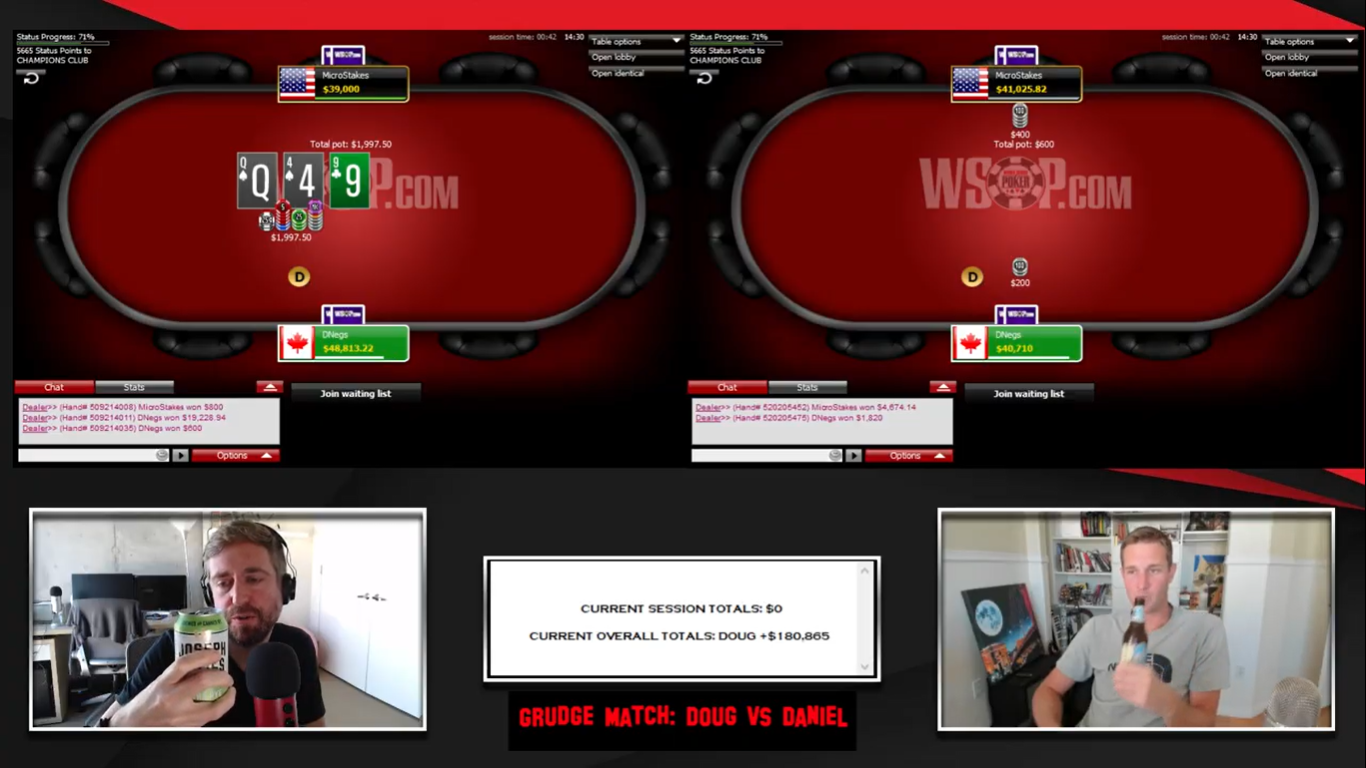 Daniel Negreanu is back in the match after trailing big. (Image: YouTube)

Negreanu entered Wednesday’s session trailing by $260,000 in the early stages of the high-stakes competition. He bounced back nicely and ended that day with an $87,000 profit, although if not for a cruel bad beat on the final hand, he would have left with $100,000 more.

Then, on Friday, he returned to action on WSOP.com and completely dominated for two hours. Granted, much of that domination was due to some fortunate cards. However, the GGPoker ambassador is now back out in front for the first time since the opening session, the only live poker session of the match.

Is Daniel Negreanu on the Path to Victory?

Polk and Negreanu have now completed 1,737 hands through five sessions (four online). They are still in the relatively early stages as this match is set to go at least 12,500, and likely the full 25,000 hands. At $200/$400 stakes, the $25,916 lead by Negreanu doesn’t seem like much — barely half a buy-in. But that’s a stark contrast compared to where he was a few days ago.

Not only has Negreanu completely erased a $260,000 deficit, and then some. He’s also proven that he can hang with one of the best online heads-up no-limit hold’em players ever. Sure, it’s still early like we said, but the six-time WSOP bracelet winner isn’t getting run over like many expected. The former PokerStars ambassador was a 4-1 underdog heading into the match.

He’s still the underdog, but those who gave away 4-1 odds betting against “DNegs” could be sweating right about now. During Friday’s match, Negreanu ran red hot. He twice rivered a better straight than Polk had on the turn, winning massive pots both times. And two times within about 15 minutes, he picked up pocket aces and got paid off both times.

With that said, Negreanu did an excellent job of getting maximum value out of his lucky and big hands. That’s a trait losing poker players fail to accomplish. So, the $206,994 win he pulled off wasn’t just due to pure dumb luck. He also chose the right bet sizes, which lead to winning bigger pots than some players would have scooped.

But there’s no doubt the luck was on Negreanu’s side on Friday. He seemed to win nearly all of the crucial pots, a couple of times via a river suck-out. However, Polk’s first massive winning session ($218,000 profit) was largely due to hitting his share of fortunate coolers and suck-outs. Poker tends to even out over time.