CardsChat Presents Big Winners of the WSOP (May 31-June 8)

The World Series of Poker is off to a roaring, yet somewhat weird, start in its new home on the Vegas Strip. In the first week, a couple of pros took their names off of the “best players without a bracelet” list, and several more showed why they can be counted on to run deep. Here’s a roundup of all of the WSOP bracelet winners through the first week of the series. 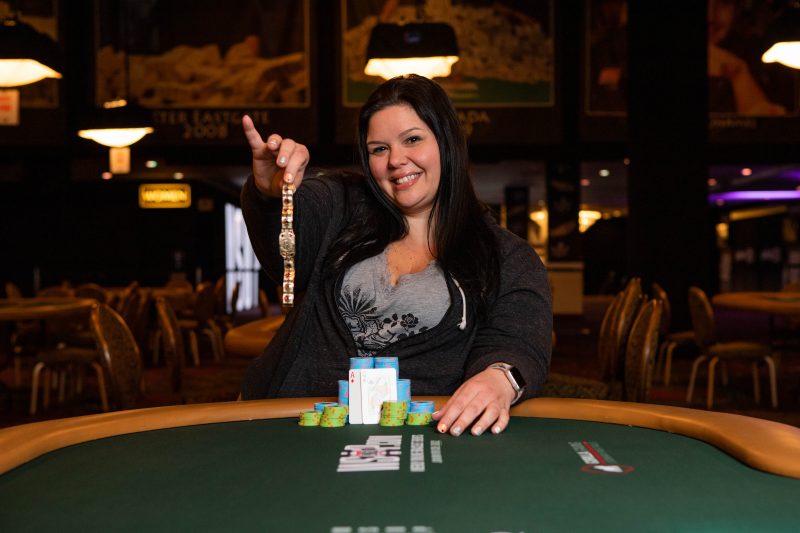 Katie Kopp got the WSOP started by winning the Casino Employees event, which traditionally kick-off the series. The traveling dealer turned her seventh WSOP cash into her first bracelet. 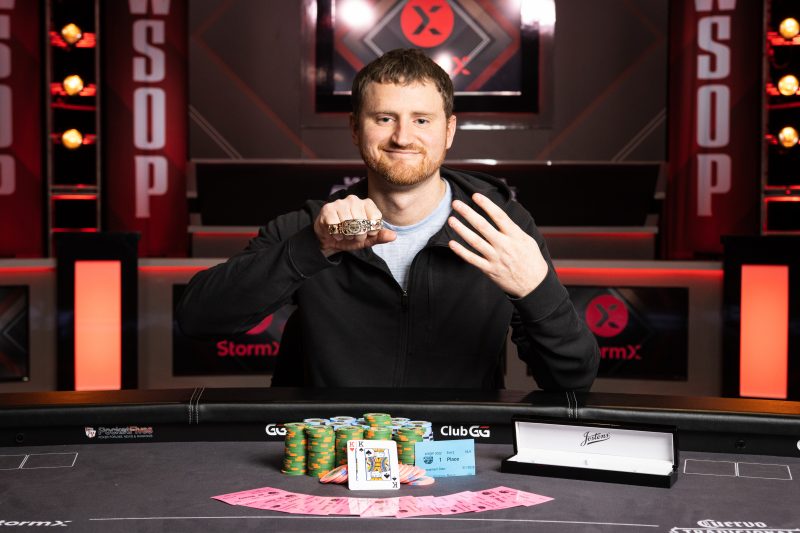 Securing his fourth bracelet in the second event of the WSOP, Peter’s boosted his lifetime series winnings to more than $6 million. He also made the final table of the $50K High Roller five days later, where he finished fifth for $326,464. It was his 69th WSOP cash. 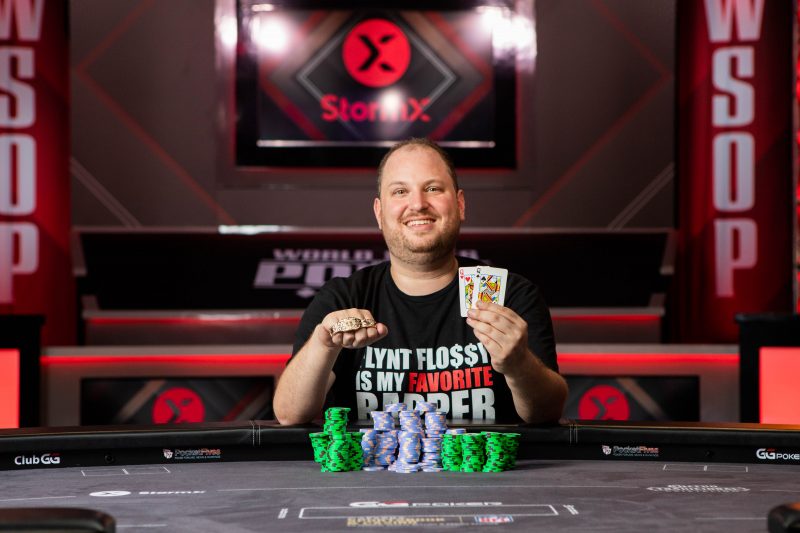 Securing his fourth WSOP bracelet early in the series pushed Seiver toward $6 million in lifetime cashes at the Series since 2007. He battled poker legend Steve Zolotow at the final table, who finished third. Alexander Farahi was the runner-up. 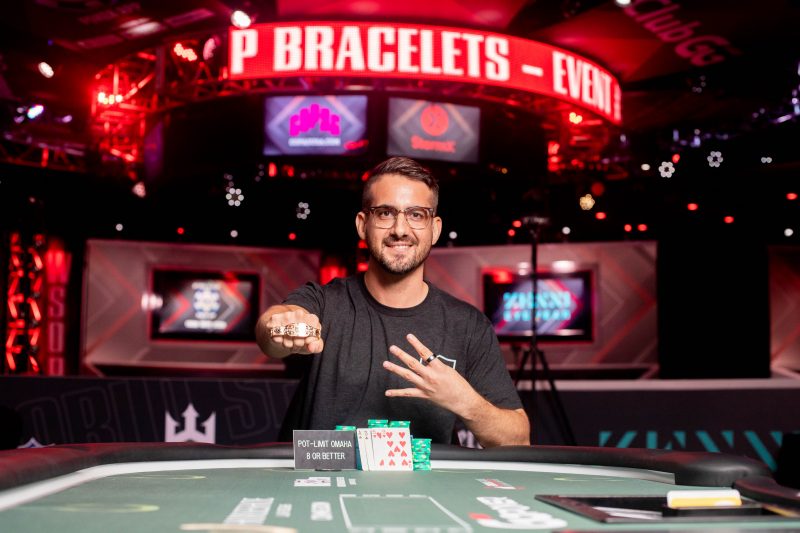 Another professional player securing his fourth bracelet, the Florida-based pro is making cashing at the series a habit. Ruben went on to cash twice more already this past week, and just missed a second final table three days after scooping the bling. 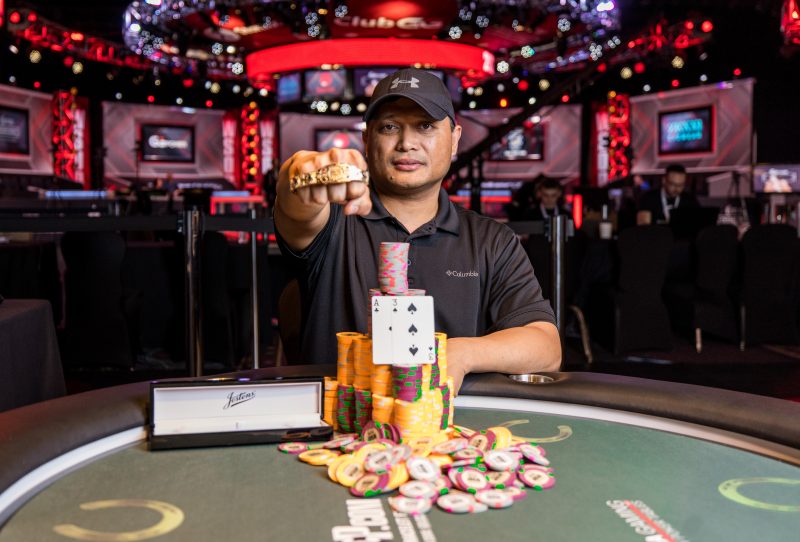 The massive field saw the premiere of the WSOP’s new $5 million chips, and Acain was good enough to win them all. The four starting days and the 20,000-plus entries put 1 billion chips in play. It’s Acain’s second cash and first bracelet. 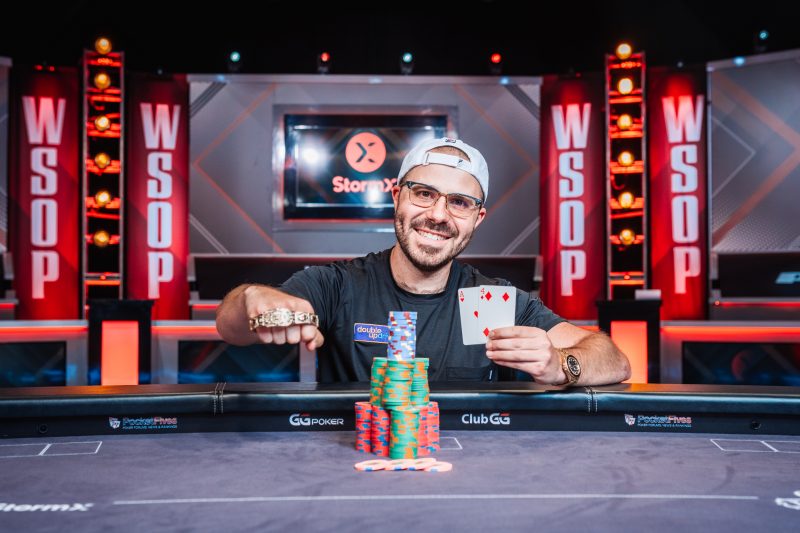 Take Smith’s name off the “best player to never win a bracelet” list because he got that monkey off his back by winning in heads-up bracket play, despite enduring some excessive tanking by runner-up Christoph Volgelsang. The score pushed him over $10 million in lifetime cashes at the WSOP. 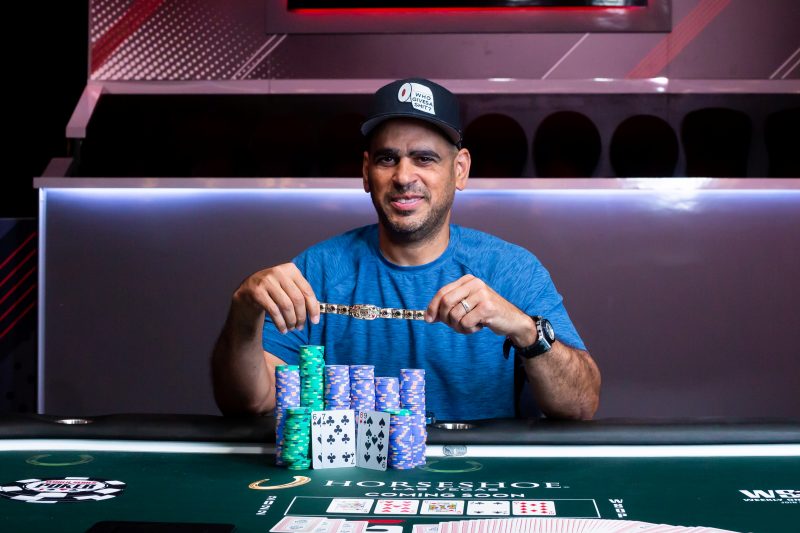 The tough New York pro won his first bracelet after min-cashing more than 50 times since 2005. It was the third final table of his career. He previously cashed seven times last year and eight in 2019. 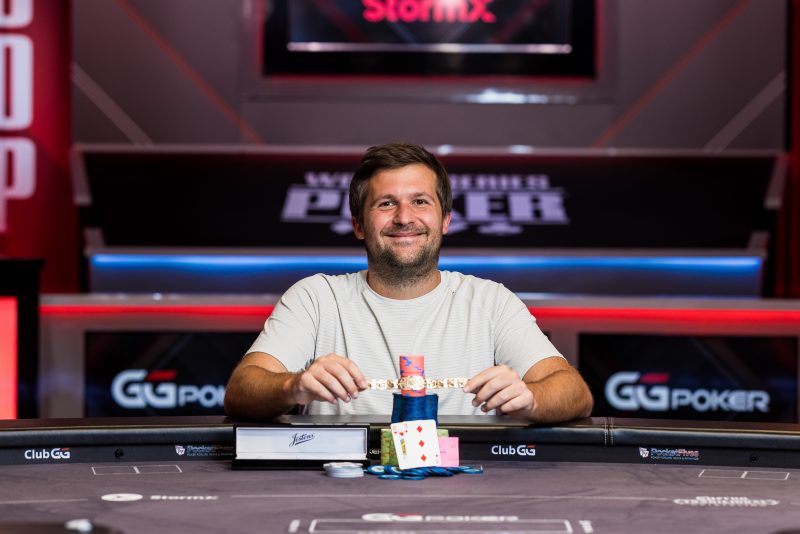 The WSOP Circuit regular got his first bit of hardware, and his largest WSOP cash, in the big buy-in event after making 15 final tables since 2012. Eveslage nearly won a bracelet last year after finishing second in a $3,200 online event. 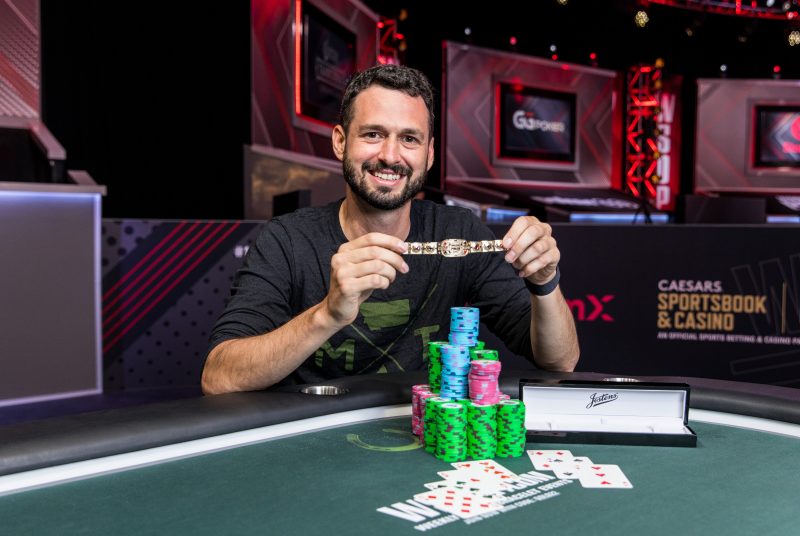 Right after he received his first WSOP bracelet, Livingston took to Twitter asking for people to keep a lookout for it. It took him three days to win the coveted piece of jewelry, but only 20 minutes to lose it. Alas, security found the missing bracelet and the Canadian got it back. 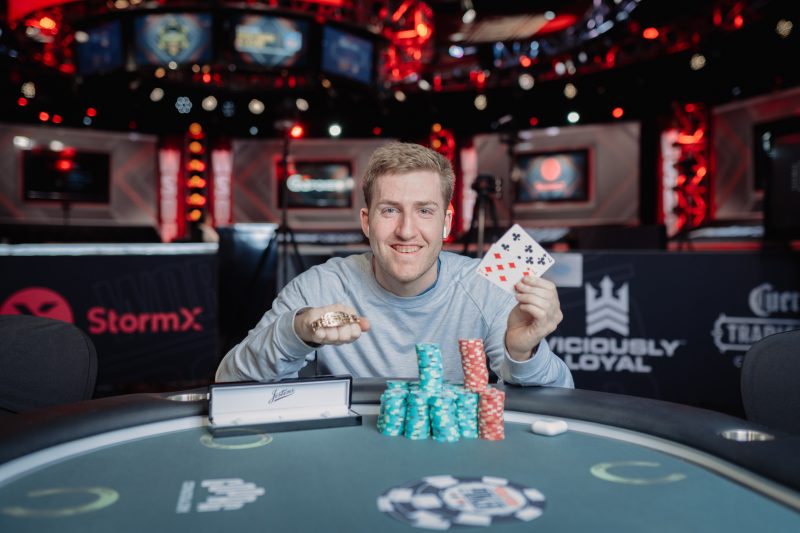 Pushing his WSOP winnings over the $500K mark, Diebold secured his first bracelet in what’s always a very difficult event filled with the world’s toughest players. His last six cashes all came in events with $10K buy-ins, showing he’s willing to bet on his poker skills against the best. Diebold broke Adam Friedman’s amazing three-year winning streak in this event. 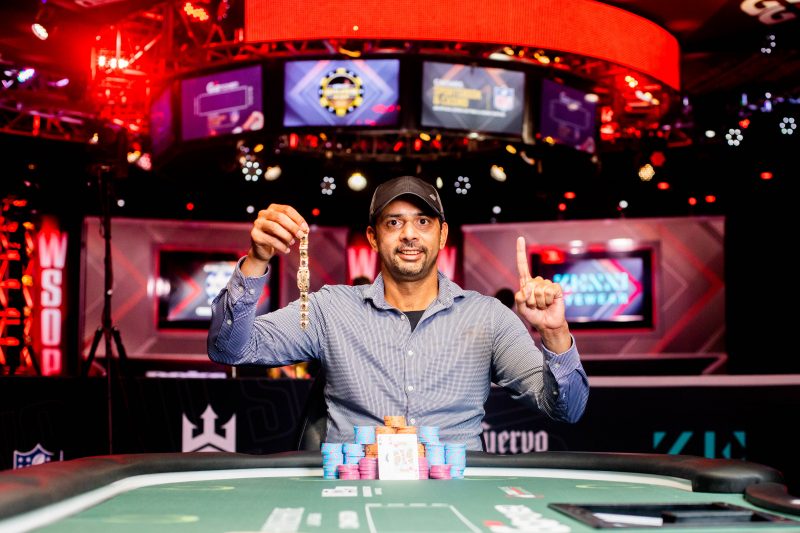 The WSOP regular got his first bracelet in the low buy-in event, which pushed his winnings up over the $700K mark. It was his second WSOP final table, the first coming in 2008. 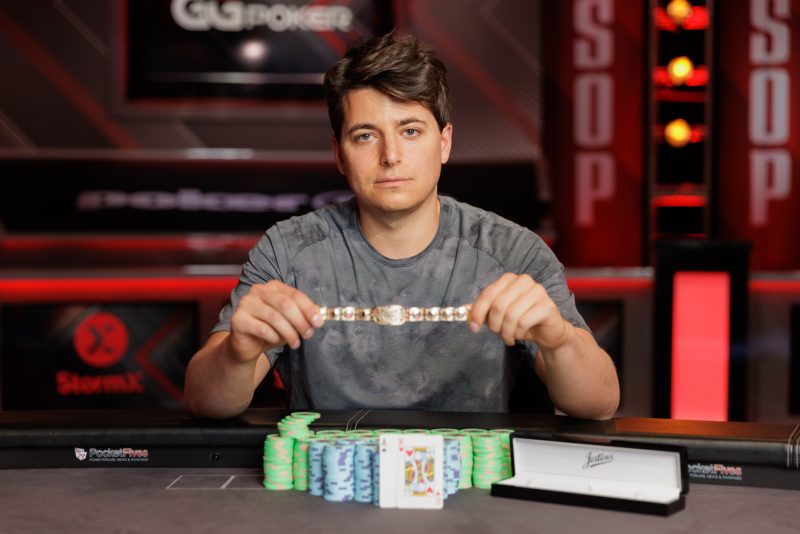 The man who’s banned from GGPoker for possibly cheating won his first WSOP bracelet. He came close a few days earlier by finishing second in the $25K High Roller event won by Eveslage. Despite this career achievement, Schindler refused to do a post-match interview and never spoke publicly about his cheating accusations. 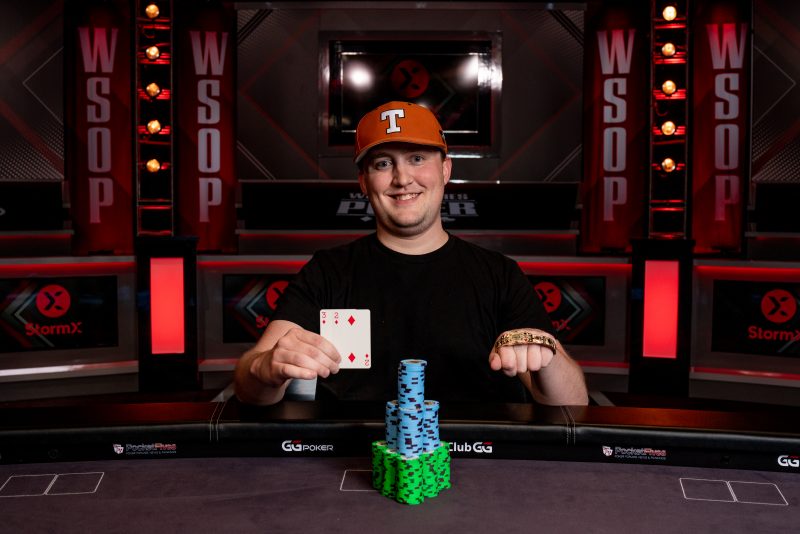 The man they call “Texas Mike” made his 17th cash count by winning his first bracelet. This isn’t his first WSOP hardware, though. He has three WSOP Circuit rings he won starting in 2019. Along with Kopp, the MBA holder is one of two amateurs to break through in the WSOP’s first week. 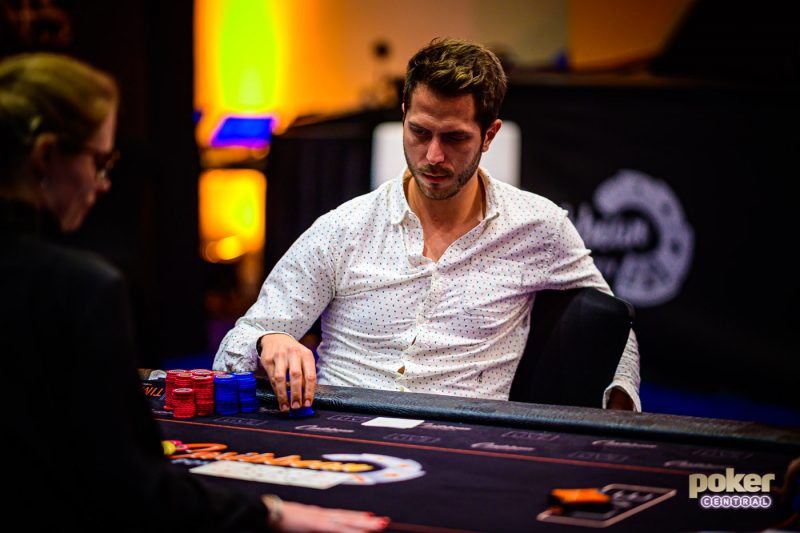 
The Hungarian pro won his third bracelet online, beating Tony Dunst heads-up for the big payday. Greg Merson, the 2012 Main Event champ, finished third. Szecsi’s last 10 WSOP cashes all came online, with nine of them coming in 2020 when the whole Series took place on the Internet. His other two bracelets came in live events. 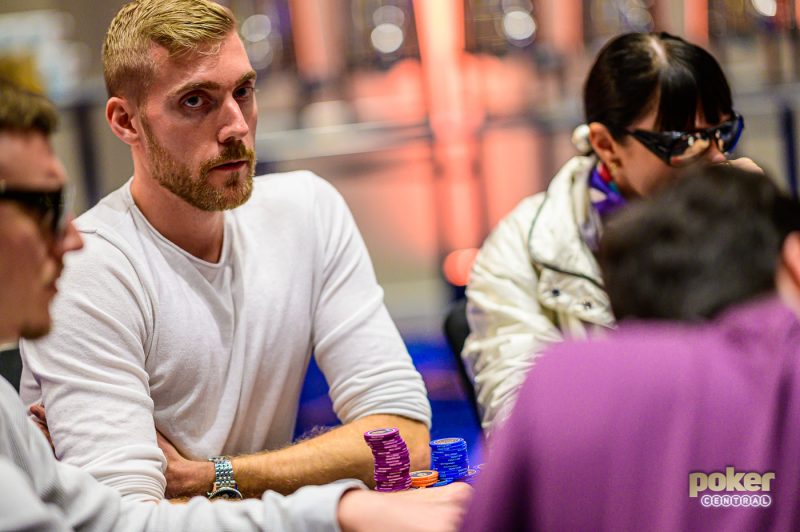 The UK poker pro won his first bracelet in the online event. With more than $11 million in lifetime tournament winnings, Loeser is a cashing machine who’s been at it since 2010. 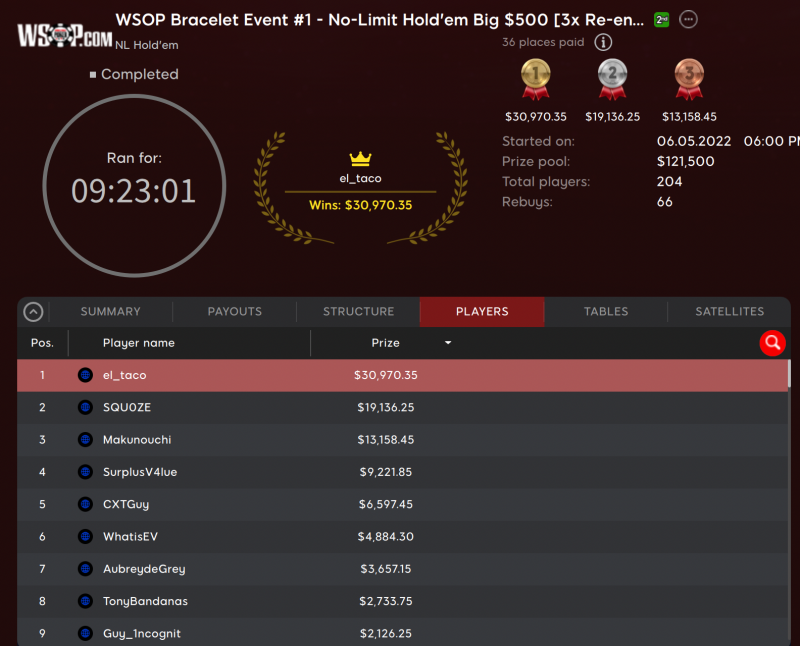 This online player stood atop the field to win a bracelet from the comfort of his home somewhere in Pennsylvania, and now I’m hungry for tacos.


According to SharksScope, the site that keeps track of online results, this was the first online tournament “Gotcha1121” played on WSOP.com in Michigan. Not a bad first result, is it? Hey, good for you, “Gotcha1121!” Congrats for winning the first WSOP bracelet in Michigan