Another week is over, and another group of players have won their first World Series of Poker bracelets. That list includes one of the most successful professional high rollers in the world, Alex Foxen, who finished first in the biggest buy-in event of the Series. To see who else came out on top at the WSOP, check out this week’s full list of big winners. 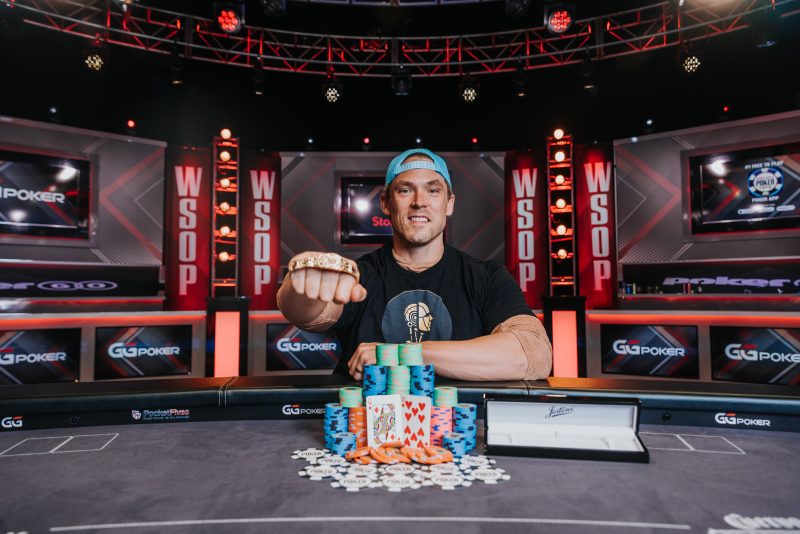 This is the first bracelet for Foxen, who at 31, is one of the most feared players on the planet. He didn’t need to win the highest buy-in tournament of the WSOP to prove his prowess: he brought in more than $24 million in tournament cashes into the event. Foxen skipped last year’s WSOP because he opposes the COVID vaccine and mandates. 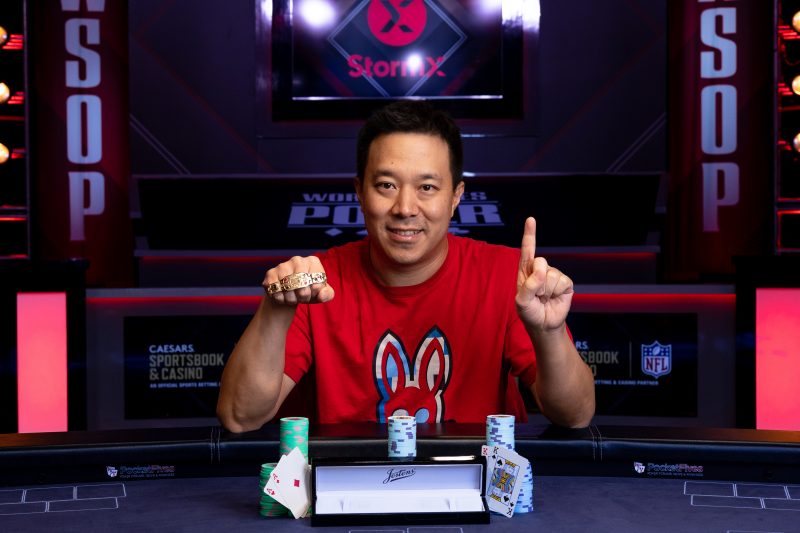 The Nevada resident came close to winning his first bracelet last year, but stalled in third place in the $10K Omaha Hi-Lo 8 or Better Championship. He didn’t have that problem this year, though, finishing first in this big buy-in event that attracts some of the best players in the world. Yeah for Yeh. 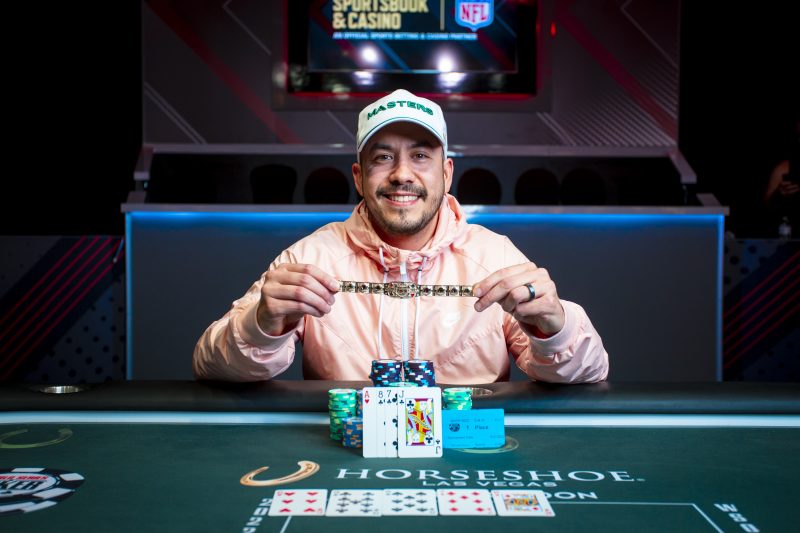 If you see Hui walk over and sit down at your tournament table, be worried. The five-time WSOP Circuit champ added a third WSOP bracelet to his collection last week. He also won the $50K Players Championship in 2019. He has 102 cashes in WSOP events since 2009, and also a great Twitter handle: KungHui. 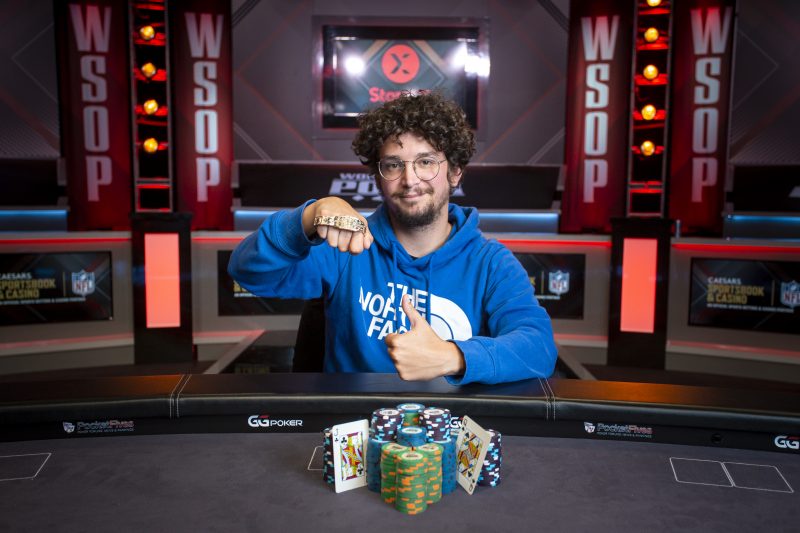 The man from Montfort Le-Gesnois, France, won his first bracelet after cashing in only four previous WSOP events — none for more than $9K. This is Pastore’s first six-figure victory. Before this win, he finished 94th in this year’s $1,500 Monster Stack for $8k, and rode that momentum to his biggest cash. 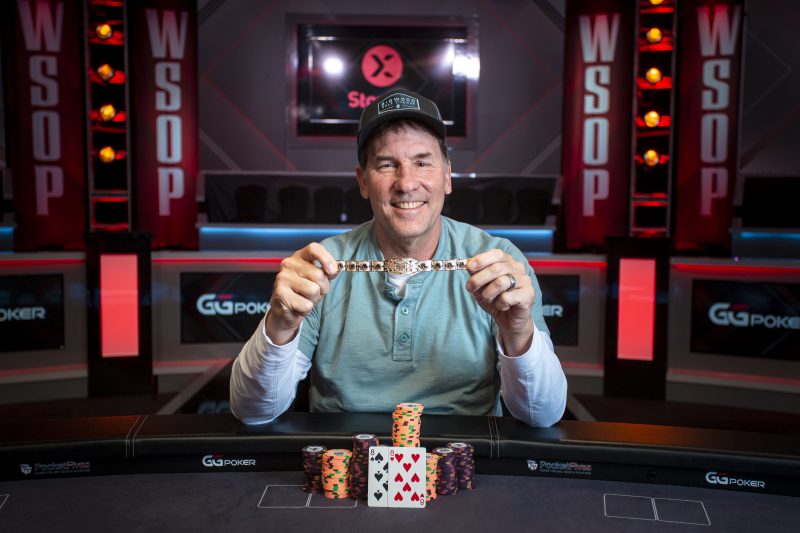 Winning his first bracelet, the amateur player from Maryland had to beat a record field of players aged 50 and older to get the gold. It’s the largest WSOP cash by a mile for Smidinger, who’s been playing tournament poker since at least 2006. 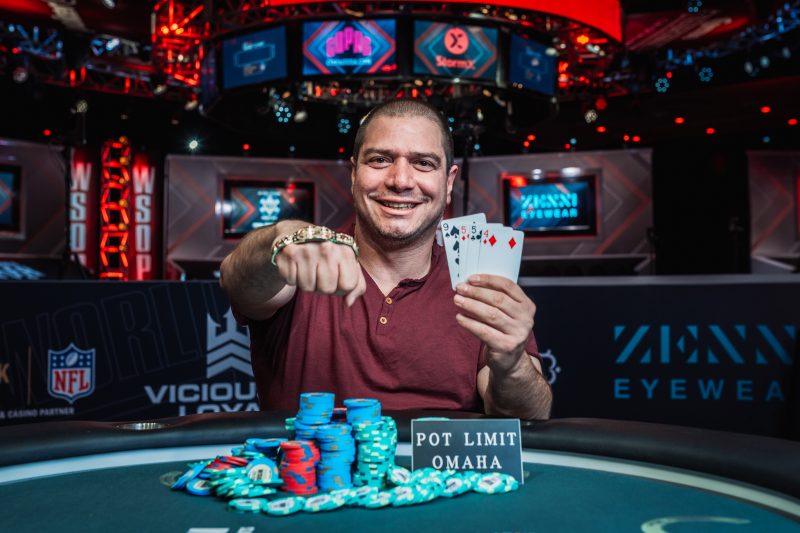 Ladies and gentlemen, Cyprus is on the board. Panagiotou not only won his first bracelet in his first WSOP cash, but he’s the first player from Cyprus to win WSOP hardware. 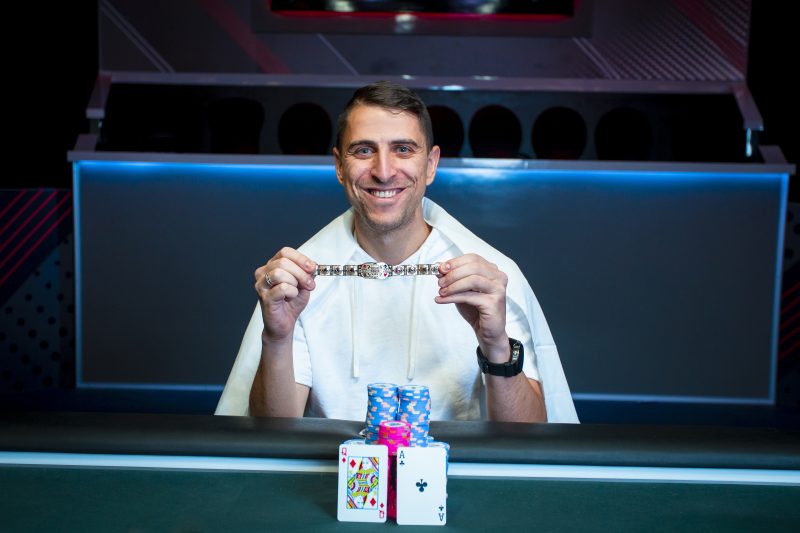 A week after Yuliyan Kolev became the first Bulgarian to win a WSOP bracelet, he was joined by Simeon Spasov, who also made his first WSOP cash a bracelet win. The win pushed his lifetime tournament winnings up over the $1 million mark. 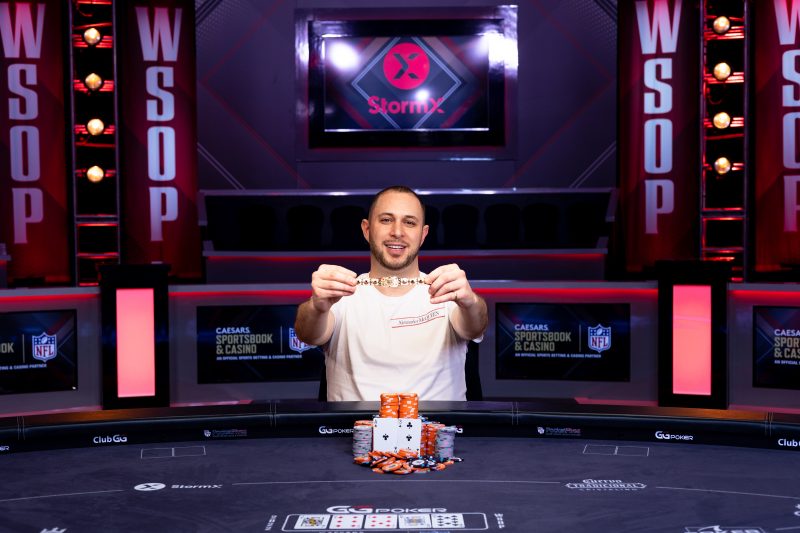 The Londoner won his first bracelet in what has become one of the biggest events of the entire poker calendar. After all, how many events allow players to multiply $400 into $400K? Hizer now has seven WSOP cashes dating back to 2019. 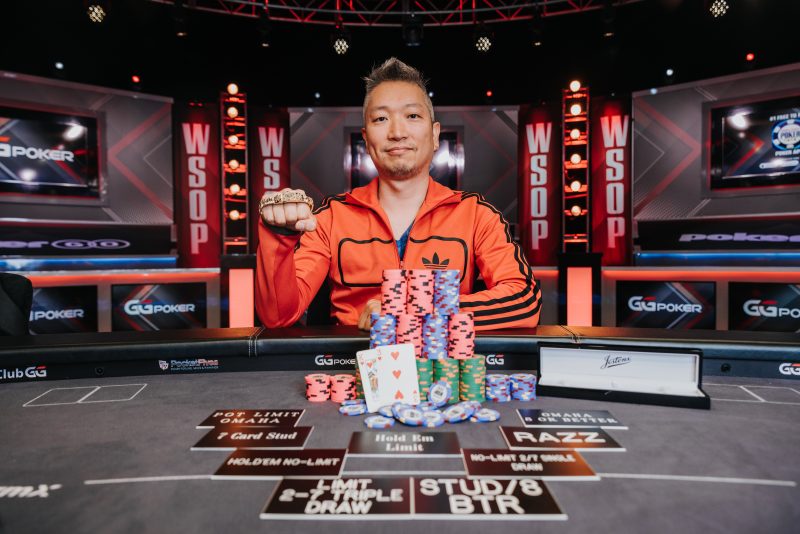 Park brought his 31 WSOP cashes, including Circuit events, into the mixed-game event, and walked out with his biggest score to date. Park also has one WSOP Circuit ring, which he won online last year. 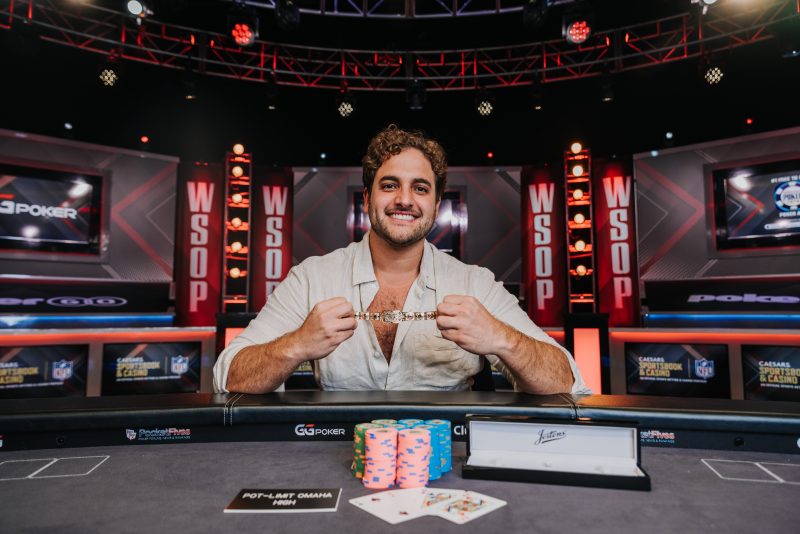 The Brazilian won his second bracelet in the dual-game tournament, pushing his WSOP winnings right up against the $2 million mark. He’s cashed in events since 2012. His first bracelet came online in 2021. 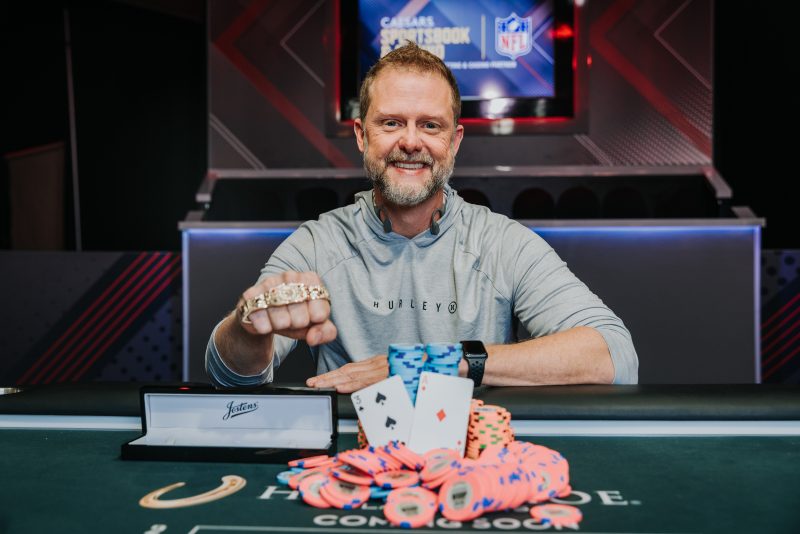 The man with two first names from Colorado now owns one WSOP bracelet, which he won in the event where $40 of each entry went to the USO and other veterans organizations. The tournament raised $128,360. It’s Todd’s second WSOP cash. 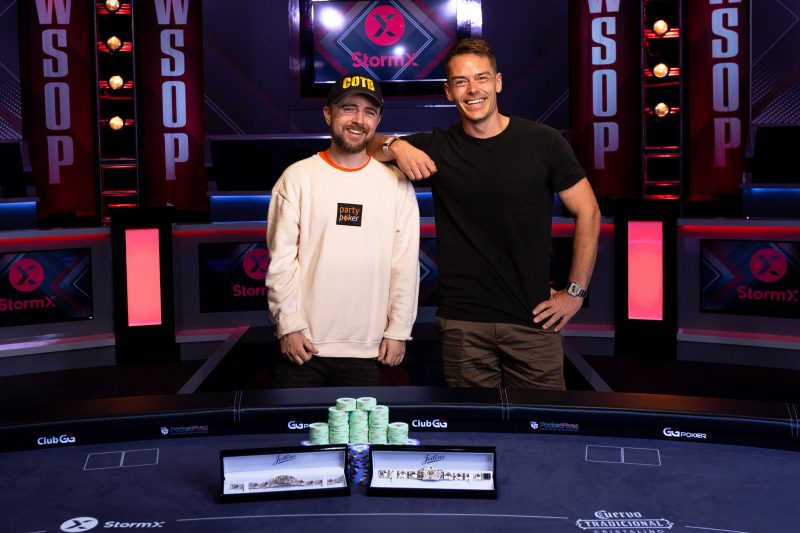 The Europeans both won their first bracelets in what’s become one of the truly “fun” events of the WSOP. Leonard is from the UK, while Jordstad is Norwegian. While Leonard has 21 WSOP cashes, this is just the second for Jordstad. 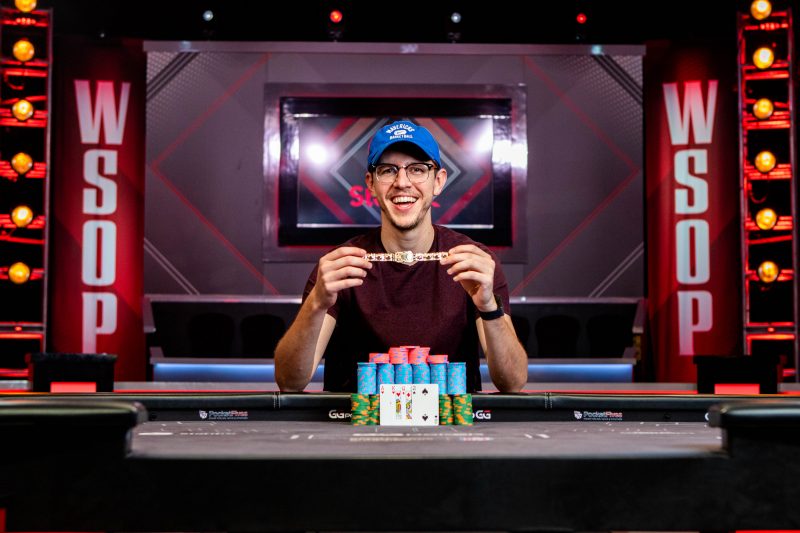 The Texas cash grinder won his first WSOP bracelet in the hi-lo event on a final table that went well into the morning, ending after 3 a.m. — a time that many still consider to be early evening in Vegas. Brandy has had a handful of deep runs at the WSOP since 2017, and has cashed three times this Series. 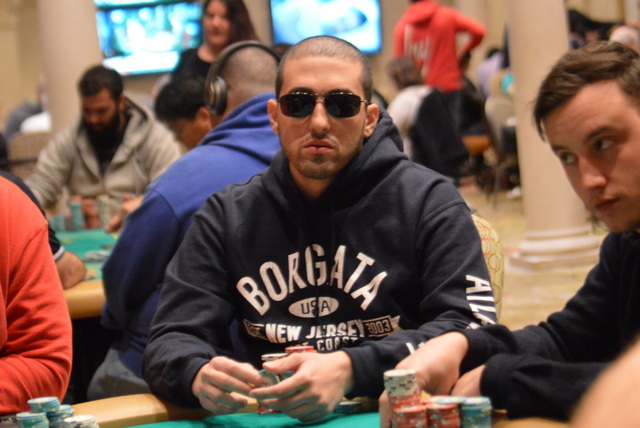 The New Jersey-based poker player netted his first WSOP win on Sunday. He has dozens of cashes that have come online and in live play, mostly on the East Coast. He’ll soon pass $400K in tournament winnings.

What’s in the water in Bulgaria? Stoyanov gave the country of 6.9 million its third WSOP bracelet of the year with this online victory.  He’s played in the WSOP since at least 2018. 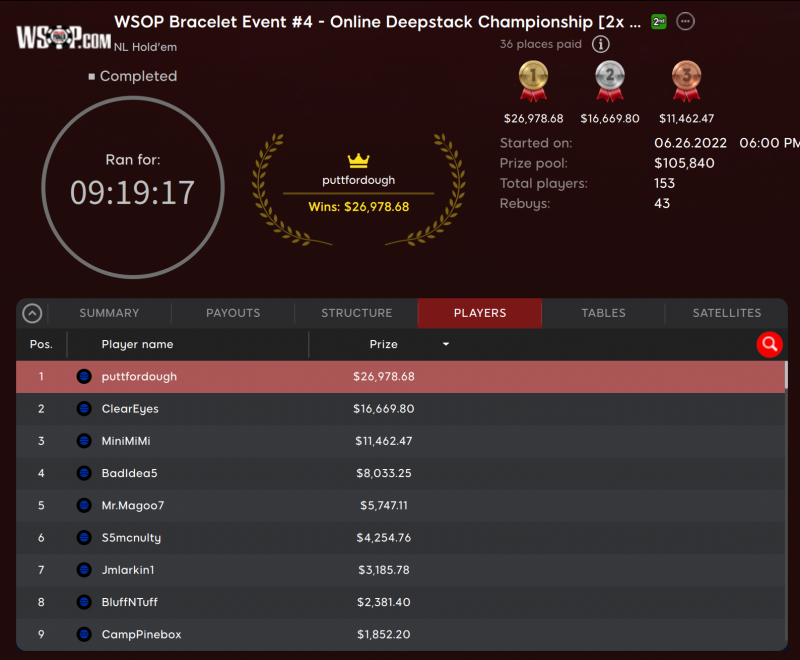 Jarrett has cashed in 11 WSOP online bracelet and Circuit events since 2021, and got the win at his third final table. He’s approaching 1,000 online tournaments played, according to Sharkscope. 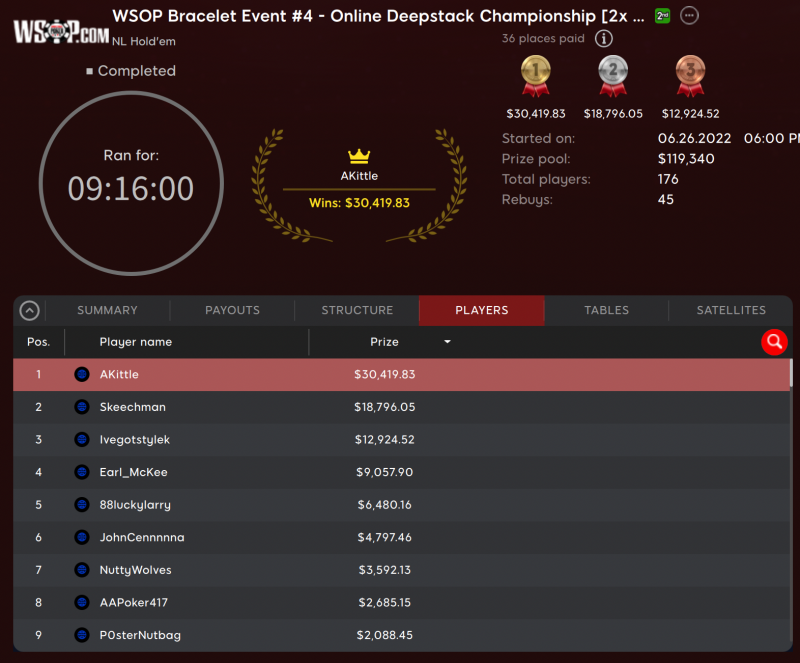 Kittle is having a great month playing in Michigan. He won a Circuit event on June 19, secured his first bracelet on Sunday, and followed that up with a runner-up finish in another Circuit event a day later. He’s won just over $50K for the month.