PokerGO recently released its streaming schedule for the 2022 World Series of Poker, much to the dismay of many viewers. The Ladies Event didn’t make the cut, nor did the Tag Team tournament. Seniors aren’t on there, nor is the highly anticipated $1,000 entry Million Dollar Mystery Bounty. 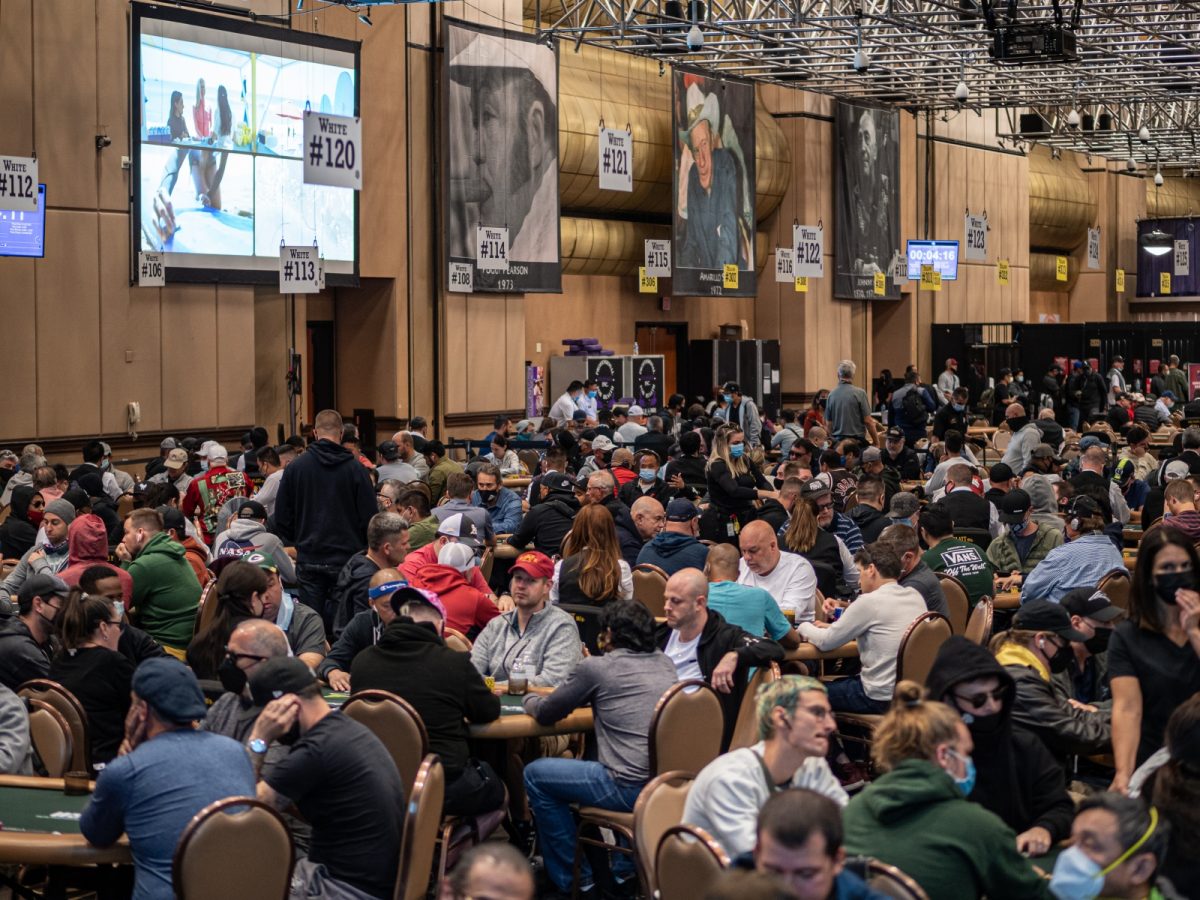 Low buy-in tournaments like The Colossus and Millionaire Maker draw large crowds of recreational players whose success on the felt offers more drama than the typical high-roller event, some contend. (Image: Chris Wallace/CardsChat)

Basically, PokerGO’s 22-event schedule features a series of high rollers and mixed games, with the $400 Colossus tournament being the exception. As someone who only intends to be at the WSOP for a little more than a week, I’m disappointed to see that our viewing options this summer are going to be limited.

And it’s clear I’m not alone. On social media and at poker tables around the world, the poker community weighed in on a schedule that seems to leave out events that many of us “regular” players consider fun.

Pulse of the poker community

CardsChat ran a poll on Twitter last week to see if my hunches about the types of events players would like to see were accurate, and the results are telling. While it’s no surprise that, among events with special entry requirements, Ladies is the one most wanted to watch, it did surprise me how much more popular a choice it was over the seniors and casino employees events.

Which would you rather watch between these three events? (4/6)

But admittedly, high-roller events do have their appeal, with a $50K high roller getting more than double the votes as the $500 housewarming event, even with a $5 million guarantee.

Other questions found that while the Main Event is still the most popular event to watch, my beloved $1,000 Tag Team event was just as popular as a $5,000 NLH/PLO event, even though the latter is sure to attract big-name high rollers.

But, what about “lesser” buy-in events compared to a high buy-in mixed game, I hear you asking: CardsChat’s Twitter polling found a clear majority — 68% of respondents — would prefer to watch the $1,500 Millionaire Maker over $10K 2-7 Triple Draw.

If you had to choose one, which of these would you rather watch? (2/6)

Fantastic Ladies in Poker, one of the largest online communities supporting women in poker, shared its dismay on Twitter over the absence of the Ladies Event — a longtime WSOP staple — on the 2022 PokerGO schedule.

I think it is a real shame that @PokerGO won’t be including the @WSOP Ladies Championship in this coverage. Relentless high roller tournaments perhaps need less support than growing female participation in the game…🤷‍♀️ #poker https://t.co/4xTFa6UYLe

“It’s so important to represent women at the table and televise the Ladies final table. We know that women are interested in poker and can excel at the highest level at this game,” Rudolph said. “It’s important to show all of the women watching poker what is achievable. Representation matters.”

PokerGO responded, saying it can’t film the Ladies Event because of the logistics of setting up for the Main Event. An unnamed spokesperson for the streaming platform said this is the reason that many other events being held that week won’t be aired.

“While women have voiced their disappointment that the WSOP Ladies Championship final table will not be televised this year, there are many moving parts behind the scenes of which the poker community is unaware,” Poker League of Nations (PLON) Founder Lena Evans told CardsChat. “PokerGO, and Cary Katz in particular, have been among PLON’s strongest supporters of our mission to help more women play poker in bigger events — having hosted our ladies for a special event at the PokerGO studio, participating in our ongoing staking initiatives, and helping us send one of our members to the Poker Masters $10K High Roller.”

Most recently, PokerGO partnered with PLON to guarantee three seats to the $1,000 WSOP Mini Main Event in an online, ladies-only satellite.

While another “Moneymaker Effect” like the one seen in 2003 is unlikely to occur anytime soon, there seems to be an undeniable appeal of an amateur hometown hero taking on the pros. Last year’s Main Event, for example, wouldn’t have been the same without recreational player George Holmes battling it out against seasoned pro Koray Aldemir.

But these matchups remain few and far between when television and streaming outlets seem to focus primarily on airing $25K tourneys that largely feature the same players in each and every high-stakes event. While watching people compete for seemingly ridiculous amounts of money is compelling, the action often is not as these seasoned pros almost always play properly according to GTO standards.

By contrast, ask yourself what would the 2021 Main Event have been without Nick Rigby infamously playing 3-2, aka “the dirty diaper”? Not only does the constant stream of high-roller events often lack someone to root for, but they also lack relatability for most average players.

Few people follow or understand all of the mixed game formats, and most viewers mainly play Texas Hold ‘Em. They certainly aren’t entering many salary-sized events such as the $50K Pot-Limit Omaha High Roller, the $100K High Roller Bounty, or the $250K Super High Roller, all of which do have timeslots on the PokerGO schedule.

While even the $10K Main Event may be a stretch for many players seeking the WSOP experience, they can relate to — and afford — to play events like the $1,500 Millionaire Maker in which the winner is guaranteed $1 million. Who wouldn’t want to see a spin-up like that? Watching someone else’s Cinderella story unfold is perhaps the best way to keep casual and recreational players engaged in the possibilities the game provides.


The Millionaire Maker, by the way, is not being played during the Main Event prep period. It takes place on June 17 and 18. Meanwhile, PokerGO will be filming the $10K 2-7 Triple Draw Championship on June 16, and the $2500 Mixed Big Bet on June 18.

“The planning of the WSOP live streaming schedule is a year-round effort,” the unnamed PokerGO spokesperson told CardsChat in an email. “In fact, some of the pre-planning starts taking place during the prior year’s WSOP.” This studio representative also pointed out that PokerGO doesn’t operate entirely on its own agenda, saying their livestream schedule is a collaboration between PokerGO, the WSOP, and CBS Sports. Plus, they must satisfy key deliverables for their partners.

“Every day that PokerGO is live streaming, we try to showcase the event that will be received best from the global fanbase while also meeting the needs of our partners,” the spokesperson said. “The $10,000 NL 2-7 Lowball Championship is known to attract a very star-studded field of competitors at an exclusive price point, and it is a game widely considered by the game’s top players to be the purest form of poker. This is an event we are proud to showcase and believe checks all the boxes.”

They also mentioned that although the event dates lined up neatly, final table dates did not.

Last year, when my dad and I made the final table of the Tag Team tournament as a father-daughter duo, we were saddened to learn it wasn’t going to be filmed. At the time, PokerGO said it was due to prioritizing the Main Event, yet the $50K 6-Max tourney had cameras rolling right next to us. This year, the $1,000 Tag Team Event takes place on the same day as the $5,000 Mixed No-Limit Hold Em/Pot-Limit Omaha tourney, and guess which one is getting filmed? Hint: it’s not the one with literally double the people to root for.