Alex Foxen held off an almost miraculous rally by Sean Perry to book the first-ever PokerGO Cup tournament win — a $178,200 score in a $10,000 No-Limit Hold’em event. 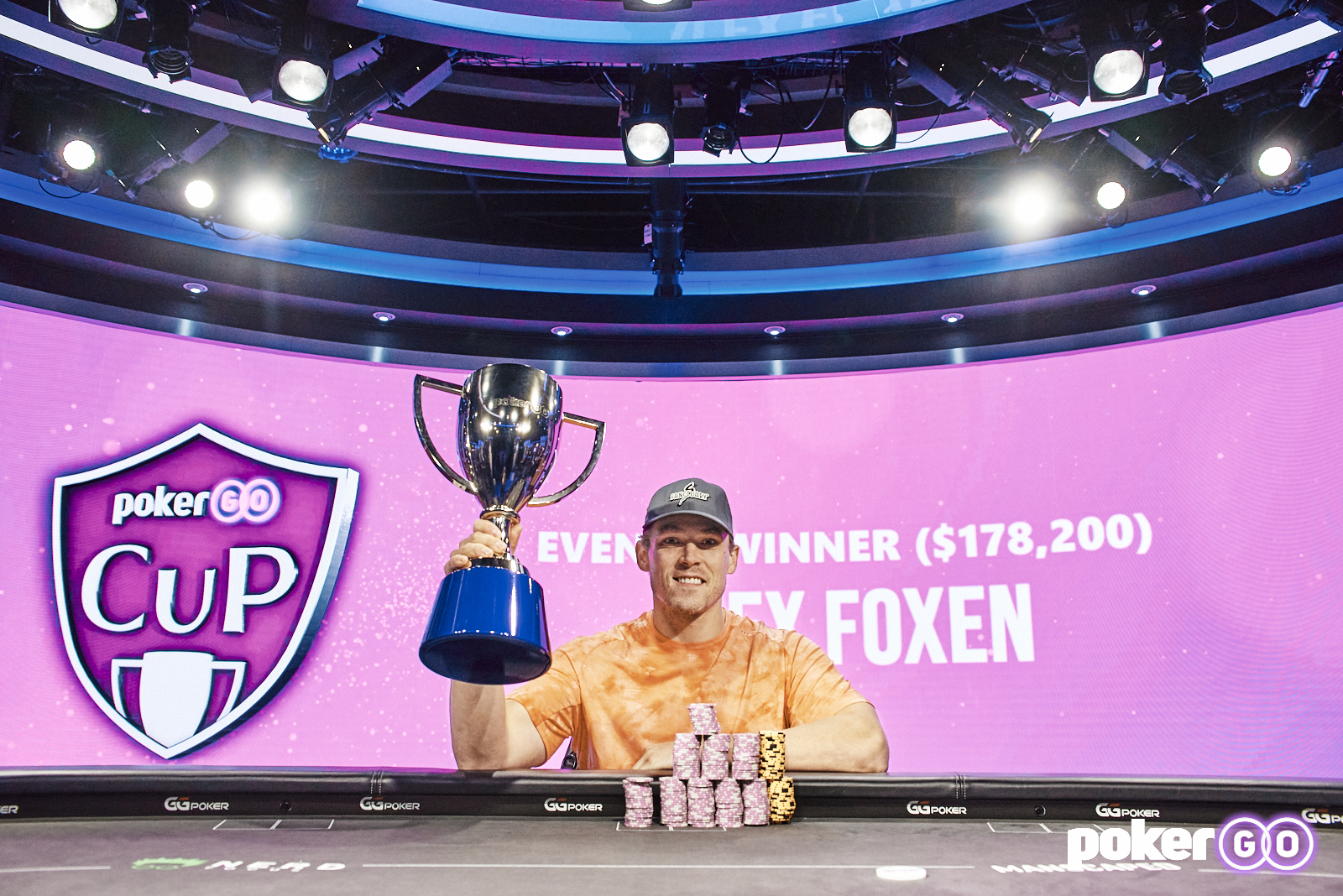 The high-stakes tournament kicked off the inaugural PokerGO Cup, an eight-tournament series in Las Vegas that culminates with the $100,000 No-Limit Hold’em tournament on July 13-14.

Last month, PokerGO hosted the third annual US Poker Open, won by David Peters. On Wednesday, Peters again cashed in a high roller, narrowly avoiding the bubble while taking 10th place out of 66 entries for $19,800. Sam Soverel then busted in ninth place, good for $26,400, and was followed by Steve Zolotow in eighth place, which also paid $26,400.

The next to bust were two women, the first being Vanessa Kade in seventh place for $33,000. Kristina Holst then busted in sixth place and received $39,600.

Jordan Cristos (fifth place for $52,800), David Coleman (fourth place for $66,000), and Sergi Reixach (third place for $85,800) then busted, setting up a heads-up match between Sean Perry, and Alex Foxen, the two-time defending Global Poker Index Player of the Year recipient.

Those watching on the PokerGO app didn’t expect much of a battle. Perry was down to just 2.5 big blinds, while his opponent had over 40. Poker’s a funny game sometimes, though, and Perry would go on quite a heater, doubling up numerous times to eventually take a sizeable chip lead. That was until Foxen rivered two-pair with K-J on a 2-Q-8-J-K board, cracking Perry’s Q-6. And just like that, the former college football athlete had more than 80% of the chips in play.

This time around he didn’t squander that massive lead. On the final hand, with the board reading 8-3-4-Q, both players got it all in — Foxen holding pocket 9’s and Perry with 10-8. The river card was a K, which didn’t improve Perry’s hand.

Perry received $132,000 and 132 PokerGO Cup series points. Foxen takes home $178,200, along with 178 PokerGO Cup points. He now has just over $18 million in lifetime live tournament winnings. Event #2, another $10K No-Limit Hold’em tournament, also got underway on Wednesday, with 61 players signed up at the close of registration.