CardsChat Presents Big Winners of the Week (May 9 – 15)

From the pros to the amateurs, our latest batch of Big Winners of the Week all share one thing in common: an abiding love of the game.

From Daniel Dvoress, who finally chased down an elusive high-stakes victory online to Andres Korn, who added some new bling to his WSOP jewelry collection, or Ben Abrahams — a local Vegas grinder who binked his largest career win to date, this week’s featured players show how a passion for poker can pay off at the end of the day.

To learn more about these — and others — who caught our attention over the past seven days, keep reading to meet our big winners for the week ending Saturday, May 15, 2021. 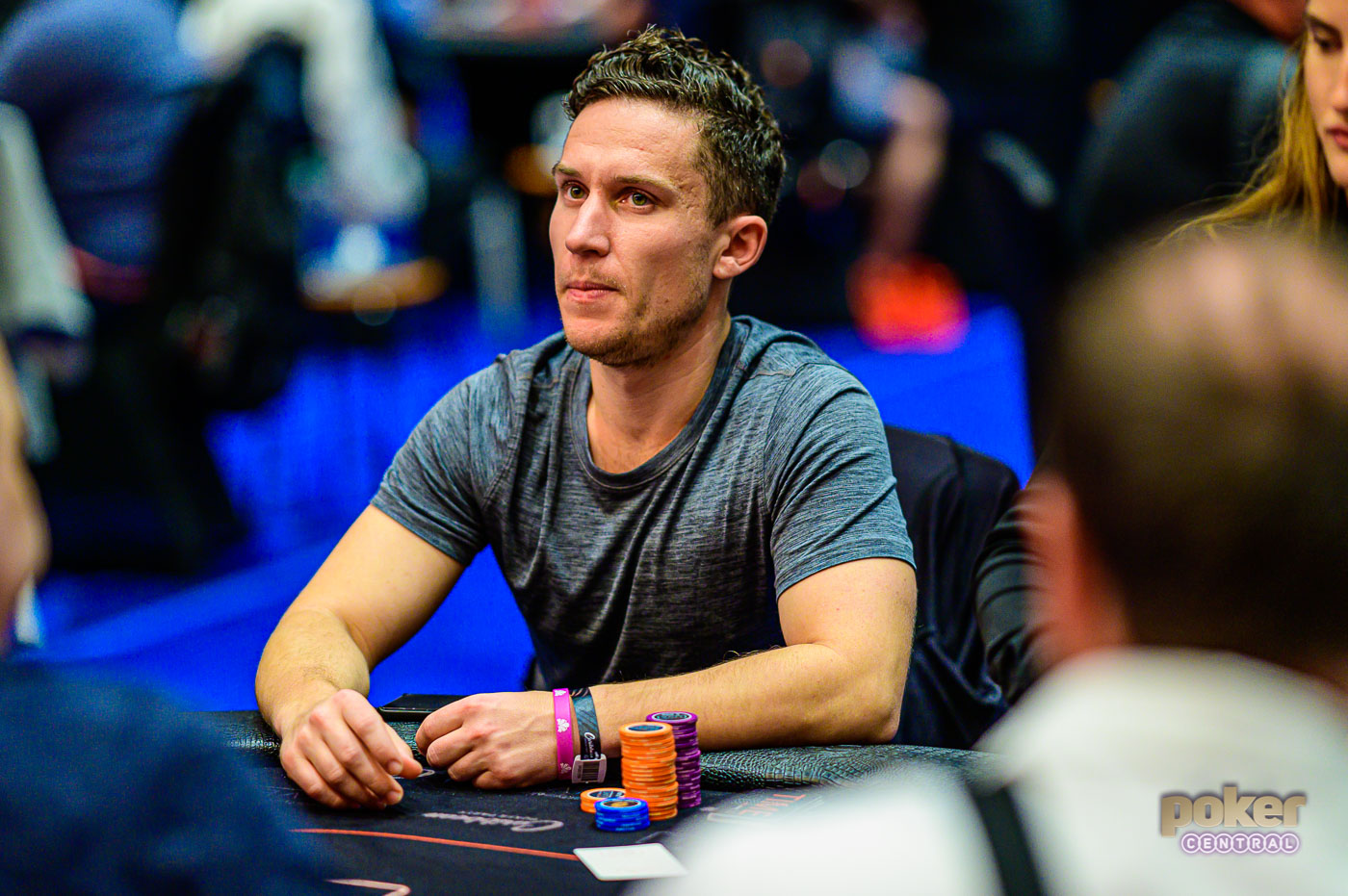 Dvoress is no stranger to high-stakes victories but, until this week, he’d never won the $10,300 Super Millions. All that changed on Tuesday when he made his seventh Super Millions final table. He started the session second in chips and used his stack to bully those around him. At one point, he even managed to oust Preben Stokkan with K-2 by flopping a deuce to beat his opponent’s A-Q. That hand gave the 2020 WSOP Millionaire Maker champion enough momentum to secure the win and take his lifetime earnings beyond the $15.9 million mark. 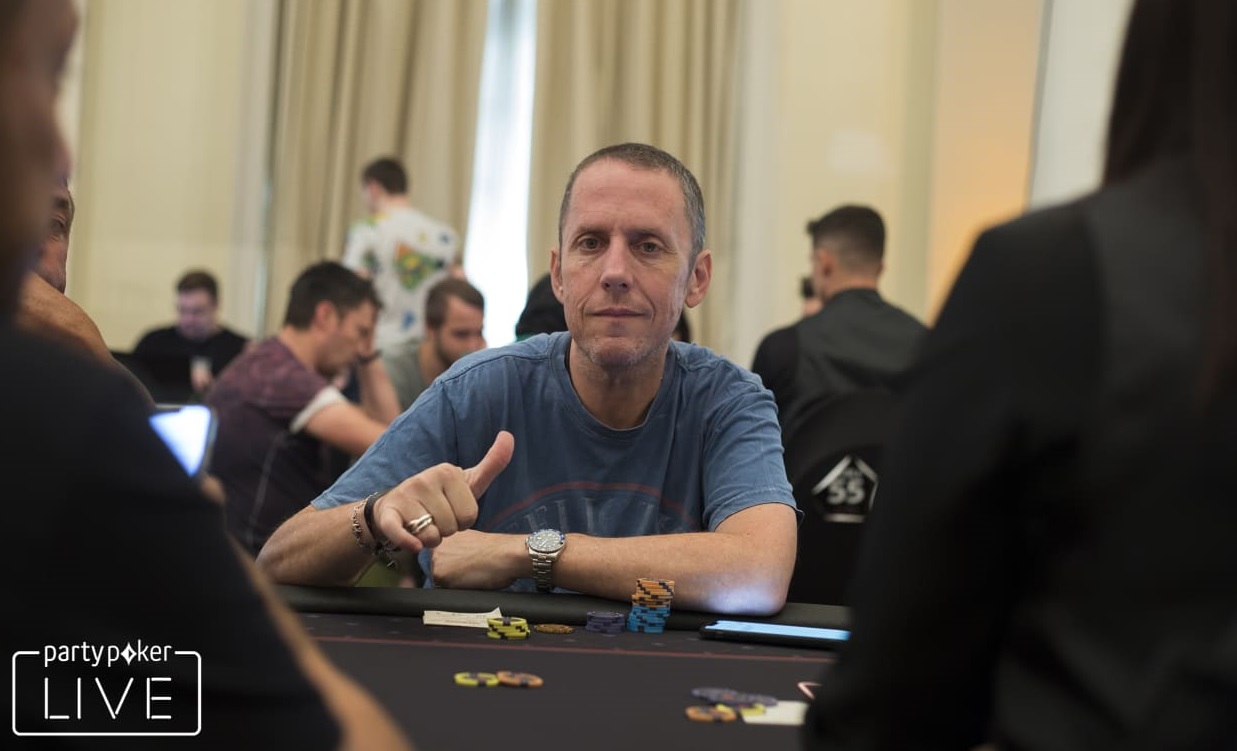 Argentina’s Korn added a circuit ring to his collection of WSOP bling on Wednesday. His latest victory came at the expense of Yannick Schumacher in the $800 NLHE deep stack event. The two pros had to overcome 1,571 entries to claim the lion’s share of $1.17 million prize pool. Schumacher had the lead heads-up, but it only took Korn two hands to turn the tables, and just one more to seal the deal. The heads-up blitz ended with Korn scooping the final pot with ace-high. That secured the Argentinian his first WSOP Circuit ring, which he’ll now keep alongside the WSOP bracelet he won in 2017. 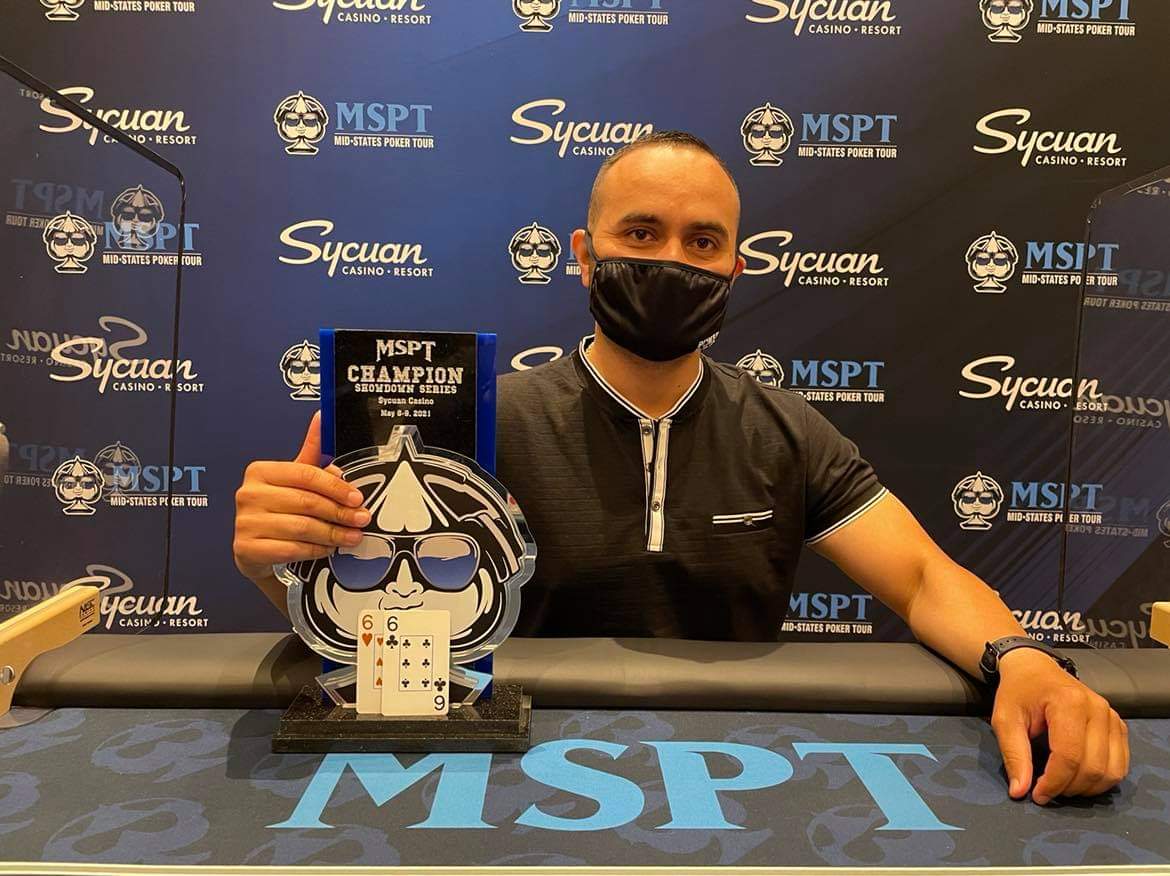 31-year-old poker dealer Alejandro Juaregui took a couple of days off from his regular job at Bay 101, and it paid off in a big way when he took down the main event in the MSPT’s recent stop at Sycuan. Juaregui topped a 673-entry field in the four-day event that ended on Sunday. The big turnout created a $654,220 prize pool, and Juaregui earned a $140,635 winner’s payday; that’s more than 10 times his previously recorded career tourney winnings. Juaregui even had to call in sick for an extra day to finish off the win, and he did it in style, leading through much of the event’s final table. 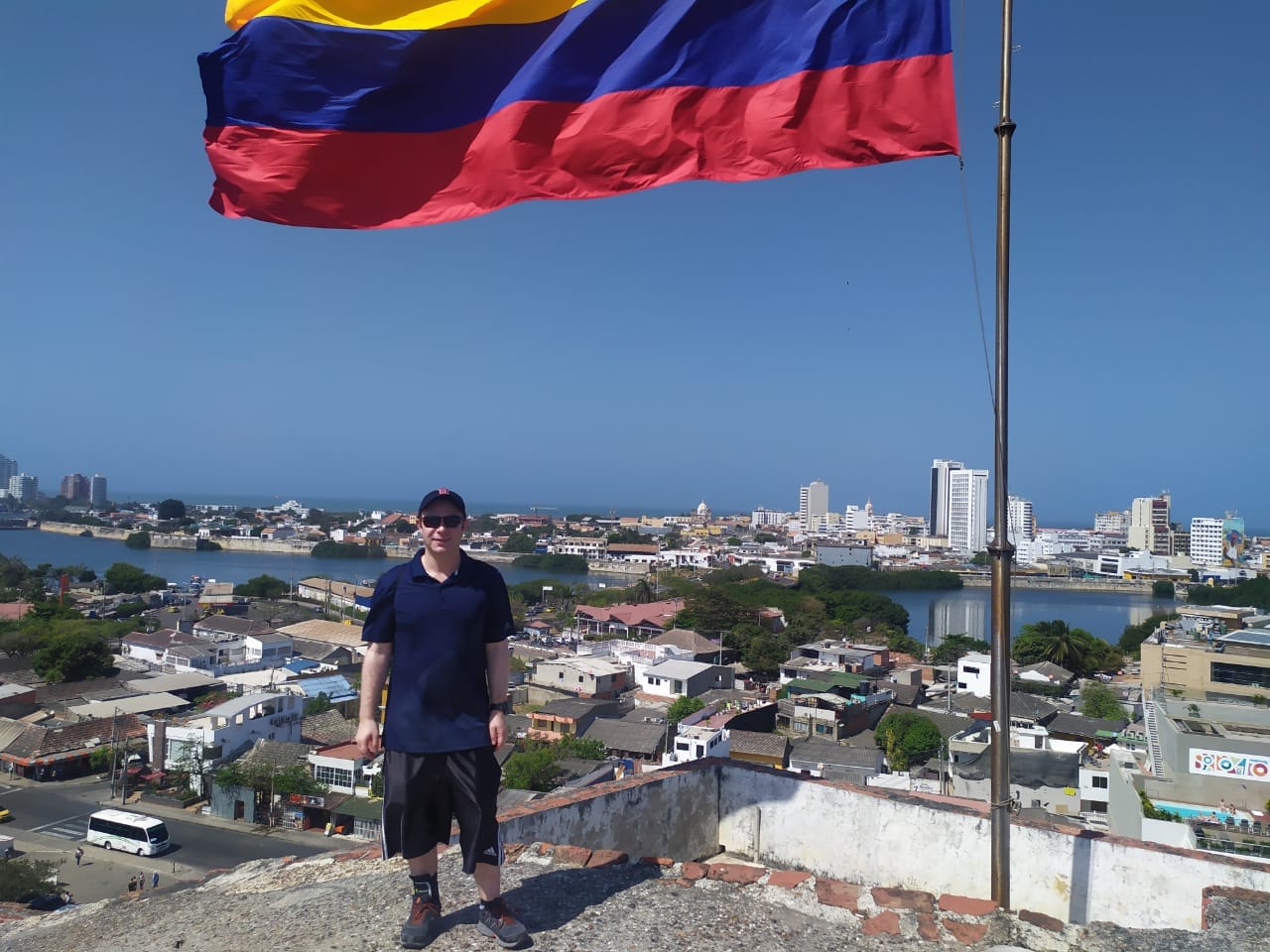 Ben Abrahams is a low-stakes grinder in Las Vegas who loves the game of poker and is a regular CardsChat reader. The Boston native who moved out West in 2013 to chase his dream as a professional poker player picked up the largest score of his online poker career on May 11 in a $55 No-Limit Hold’em tournament. Abrahams is a regular in low-stakes games at South Point, and previously at the old Harrah’s poker room, along with any other casino that offered regular freerolls (he won over $20,000 in a South Point freeroll a few years back). 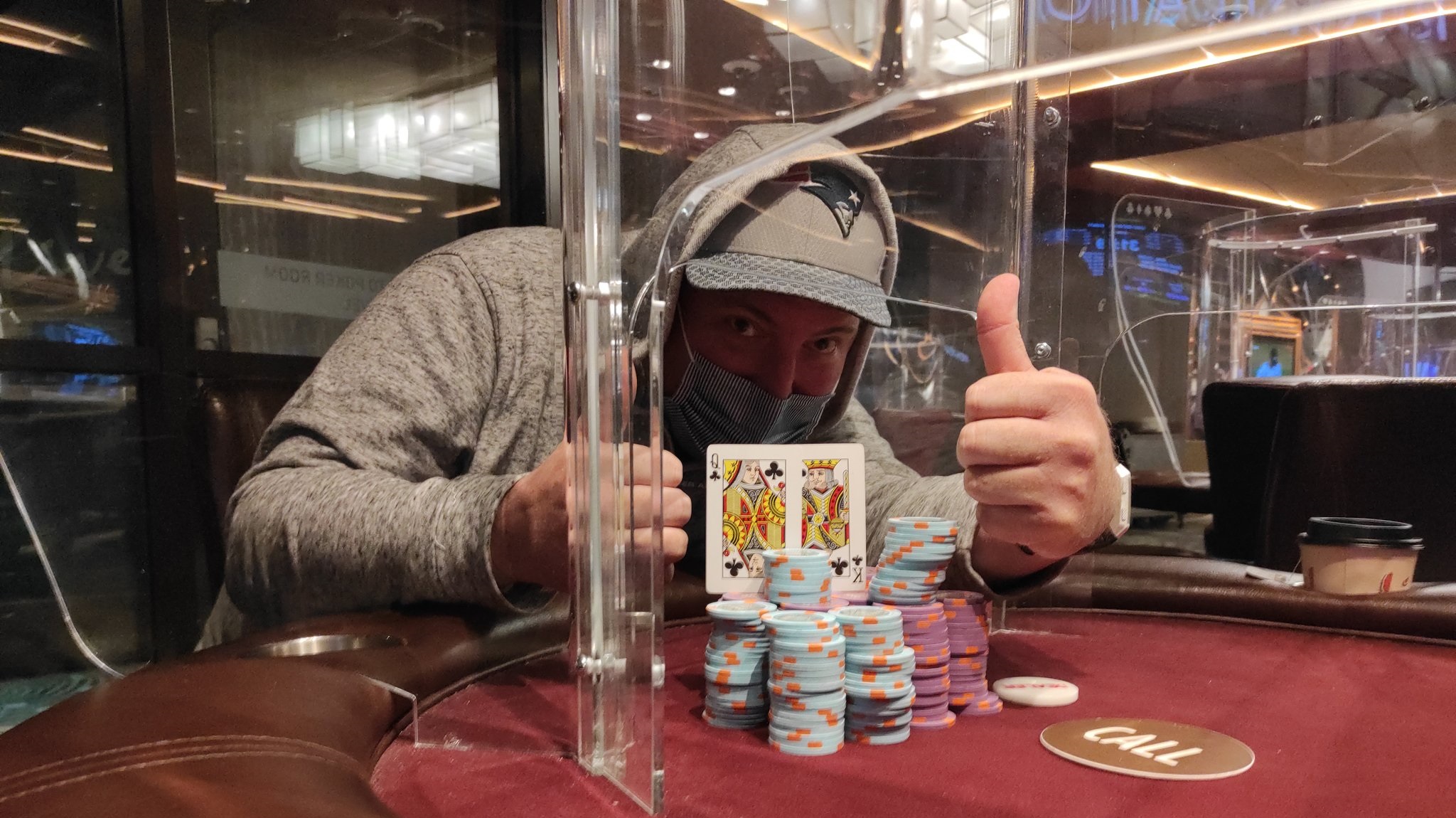 Klingenberg came into form at exactly the right time this week. With Maryland’s Live! Casino & Hotel hosting its Pokerfest between May 14 and 23, local reg Klingenberg won a warmup event on Sunday. The casino’s monthly $500 Bounty event attracted 137 entrants, some of whom had traveled from Pennsylvania, New York, and New Jersey. They were all sent packing by Klingenberg, who pledged to his prize money to grind the Pokerfest. But, just in case his hot streak doesn’t continue, he sold 40% of his action. Based on his recent performance, it could turn out to be a great investment.

Daniel Smyth, Haley Hintze, and Jon Sofen all contributed to this report. Got a big winner we should know about? Let us know with an email to tips@cardschat.com.