Call it skill, confidence, or even plain, old-fashioned run-good, but don’t discount the power of positive thinking when it comes to winning poker tournaments. As we’ve seen before, some players just keep finding ways to win, whether it’s in events where they haven’t scored before (hi there, Chris Moorman), in events where they’ve had previous good fortune (Dejan Kaladjurdjevic), or in a series of small(ish) tournaments on the Las Vegas Strip (Jessica Welman).

To learn about all of these stories — and to see which other players are hoping that success continues to breed success — check out some of the notable victories that caught our attention at CardsChat News for the week ending Saturday, April 17, 2021: 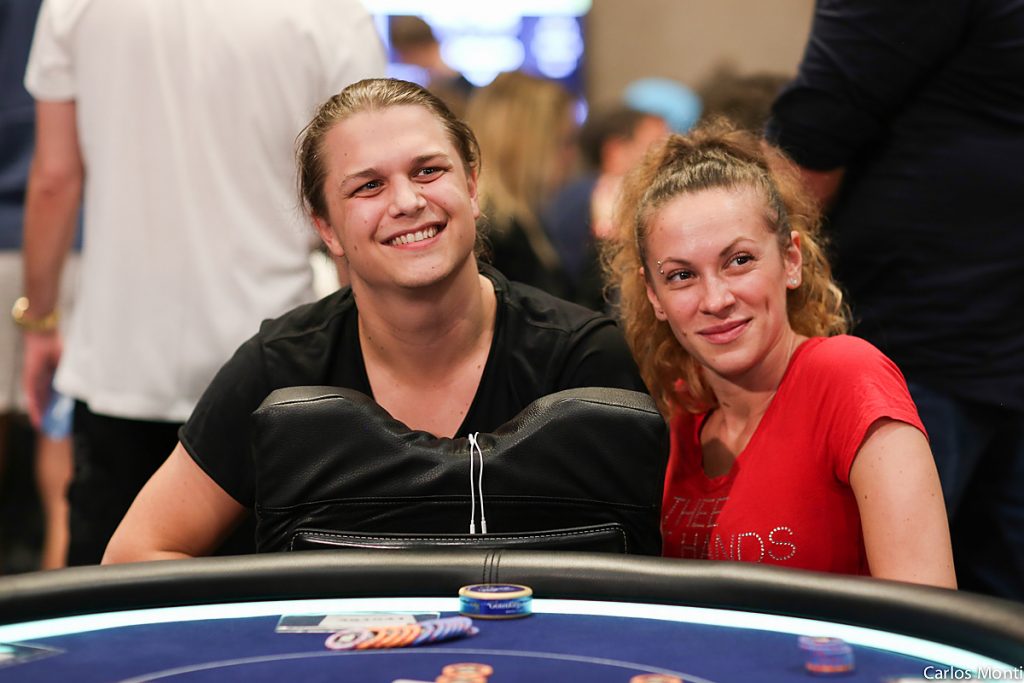 Known as Lena900 on PokerStars, but playing under his own name on GGPoker, Astedt won his first Super Millions title on Tuesday night. The victory was a long-time coming for the Swede. Astedt had never won a Super Millions, despite being one of online poker’s leading all-time winners. In fact, he’d played in all 44 events and never finished higher than second place. That all changed on Tuesday, however, when he topped a field of 201 entries. His victory was made all the sweeter by virtue of it being a special Spring Festival edition of the Super Millions with a $25,500 buy-in. That meant he scooped the lion’s share of a $5 million+ prize pool. 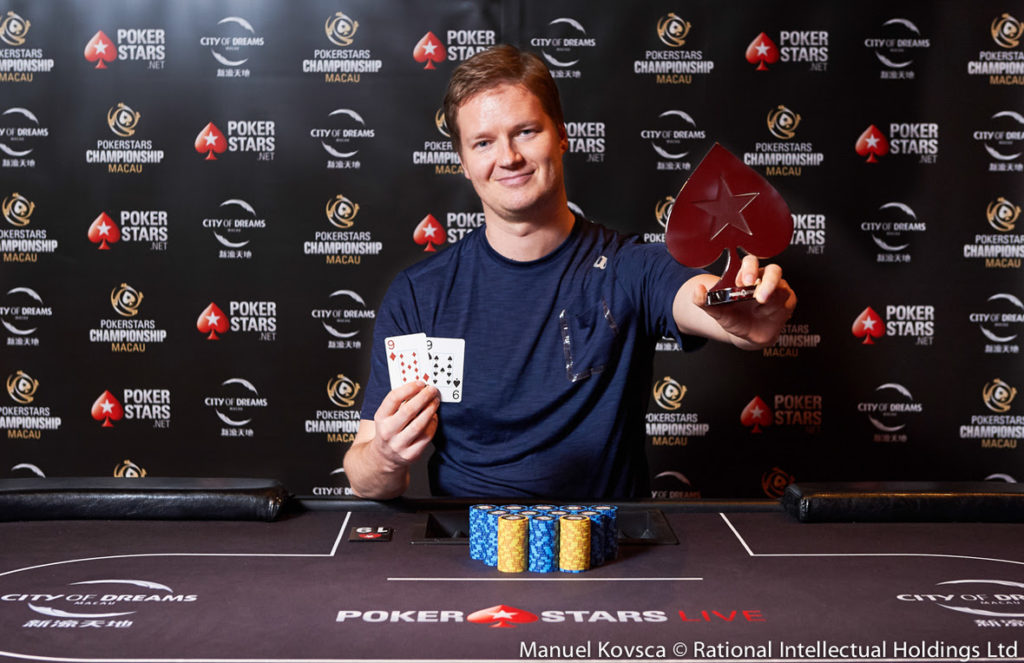 Before Kaladjurdjevic was once, twice, three times a champion, he was Montenegro’s first Spring Championship of Online Poker winner. The European country of only 622,137 residents now has a triple SCOOP champion to call their own. Kaladjurdjevic’s historic run began on April 4 with a win in the $530 SCOOP Kickoff. Topping a field of 1,321 entrants was good for title number one and $78,406. He was back on the grind two days later in Event #11 ($530 NLHE 8-Max PLO). This time, another 987 players fell in Kaladjurdjevic’s wake, meaning he collected a second title and $64,337. The Montenegrin scored his third victory last Thursday in Event #17 ($1,050 NLHE Deep Stacks). Stepping up in stakes didn’t seem to matter, as the result was the same. Kaladjurdjevic beat 276 players to win $52,743 and take his overall earnings to $195,486. 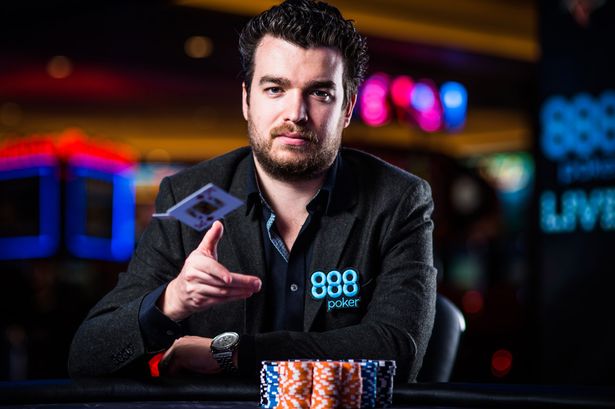 Moorman has won just about everything there is to win in poker but, until this week, he didn’t have a Spring Championship of Online Poker title to his credit. That changed after an impressive performance in Event #45. Playing under his now-iconic Moorman1 moniker, the Englishman beat 440 entrants in the $1,050 buy-in event on Wednesday night. Playing from the house he bought in Mexico last summer, Moorman banked his biggest score of 2021. The win also takes the 888Poker pro’s online earnings above $18.3 million and adds a new title to his list of accolades that include WSOP, WPT, EPT, and Online Triple Crown titles. 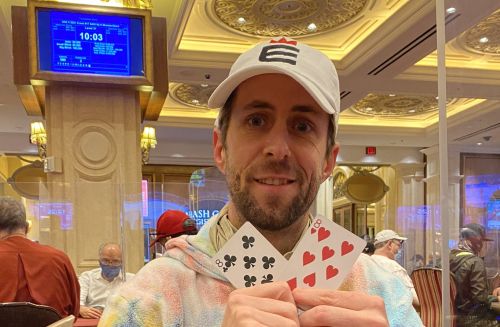 Veteran pro and coach Tim Reilly added another title to his poker resume this week, but it wasn’t online at America’s Cardroom, where he can frequently be found. Instead, Las Vegas’ Reilly was forced to change his schedule. “Took yesterday off while @ACR_POKER did some maintenance on the site,” Reilly Tweeted on Friday. “Things worked out well!!” For Reilly, that meant taking down one of the latest events in the Venetian’s ongoing 2021 DeepStack Extravaganza II, Thursday’s $400 No-Limit Hold’em MonsterStack. The event easily topped its $100K guarantee, drawing 590 entries to create a $196,470 prize pool. Reilly walked away with the top prize of $42,823. 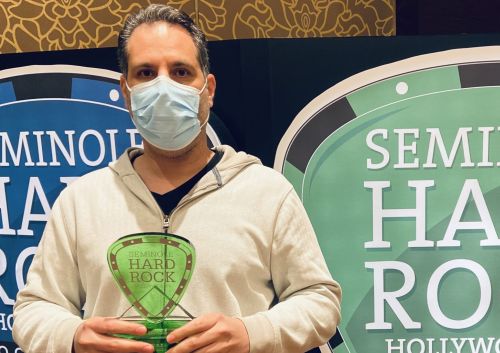 Another series making a mid-April return is the Seminole Hard Rock’s Poker Showdown. One of the early winners is Barak Zaken, who shipped Event #3, a $400 HORSE tourney. Zaken, a frequent participant in mixed-game events in Southern Florida card rooms, picked up the winner’s trophy and a $12,545 payday. The win was a nice way to mark his third Seminole Hard Rock final-table appearance. Zaken outlasted a 153-player field, including eventual runner-up Michael Lee, who battled heads-up for the title for more than two hours. 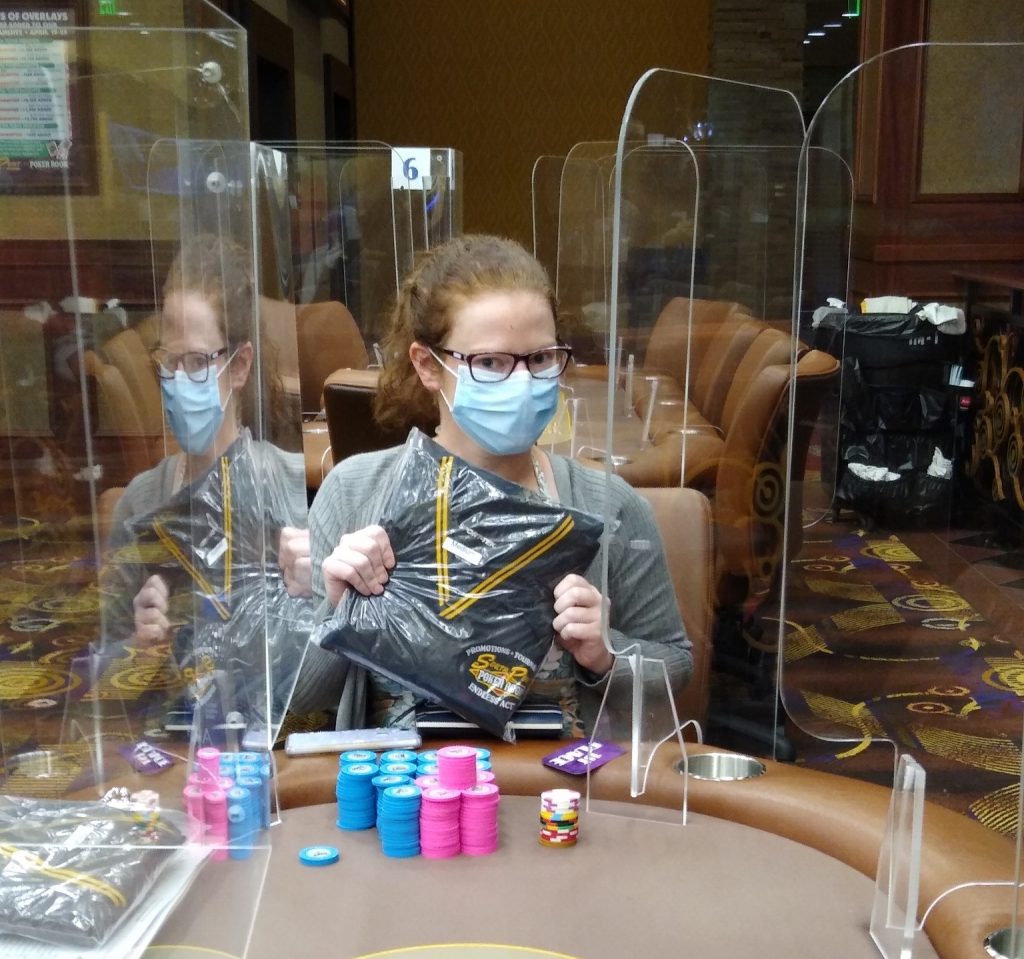 Welman, a poker media maven, has been on a tear over the past month. After scoring her first Hendon Mob entry, and BWOW appearance, in a seven-person ladies tournament in March, Welman continued her hot streak. After making three final table appearances in her local $60 tournaments at the South Point casino in less than a week in early April (against fields ranging from 59 to 135 players), Welman scored big last Sunday in a $130 NLH Deepstack event. She bested a field of 208 to win a South Point windbreaker along with a $4,497 first-place payout — her biggest tournament score ever. Then two days later, on Tuesday, she returned to the $60 after-work tourney and beat a field of 90 for a $797 win. 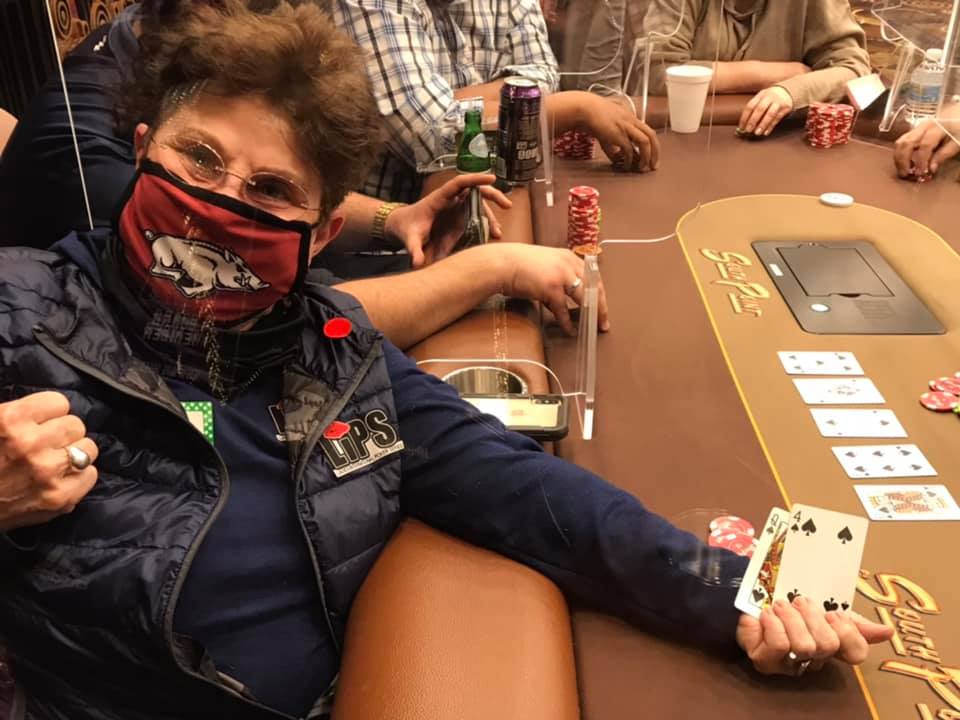 Hart was in town from Arkansas for the LIPS Nevada State ladies championship, but she found her big score at the South Point casino’s $1/$2 NL tables when she hit a “Fully Loaded Flush Friday” progressive jackpot. This promotion, one of several offered by the South Point in April, awards players for hitting a seven-card flush in Texas Hold’em, with the prize starting at $1,000, and adding $500 each week that it doesn’t hit for a particular suit. For Hart, this paid out in spades, quite literally.