PokerStars is on track to beat its $100 million guarantee for this year’s Spring Championship of Online Poker (SCOOP). 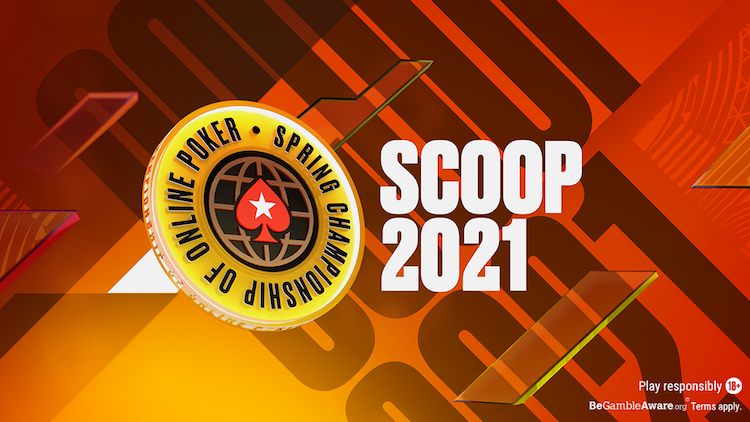 PokerStars surpassed all but one of its SCOOP guarantees yesterday as its latest battle with GGPoker got underway. (Image: PokerStars)

Although there’s still a long way to go, the opening day of action saw all but one MTT fall short of its guarantee.

The highlight of yesterday’s session was Event #4, the $215 Progressive KO Sunday Million.

When the registration period was over, 8,633 entries and 3,610 re-entries had pushed the prizepool beyond its $1.25 million guarantee to $2.4 million.

Play resumes today when 283 players will battle it out for KO bounties, a top prize worth $134,108, and a SCOOP title.

Like the Sunday Million, that event will conclude today when one player scoops the lion’s share of a prizepool worth $141,923.

The only blot on an otherwise successful opening day was the $2,100 Pot Limit Omaha 6-Max. It’s lower stake counterparts beat their guarantees, but the high roller event fell short by $16,000.

However, that overlay will barely register after a day in which 17 out of 18 MTTs beat their guarantees.

Getting off to a strong start this year is more important than ever for PokerStars. Why? Because SCOOP isn’t the only festival in town.

The GGPoker Spring Festival also got underway yesterday with 24 tournaments and more than $15 million in guarantees.

There we several highlights on the schedule. The weekly Super Millions was given a spring makeover courtesy of a $3 million guarantee.

Also piquing the interests of poker’s elite was the aptly named Sunday Five Million. The $25,500 MTT will conclude today when nine players, led by Andras Nemeth, return to the felt.

Even though that event fell just short of its guarantee, 105 entries and 93 re-buys still made it the day’s richest tournament, irrespective of site or buy-in.

The battle for supremacy is well and truly on. PokerStars has started strong but so too has GGPoker. The question now is whether or not both sites can keep it up.

Will PokerStars beat its guarantee? Can GGPoker surpass what’s already a record guarantee of $150million?

Members of the poker community are currently siding with PokerStars. Kevin Mathers, aka KevMath, ran a Twitter poll asking which site will have more overlays.

POLL: PokerStars and GGPoker start online series today with at least $100,000,000 in guarantees.

Which series will have more overlays in their tournaments?

57.4% of the 390+ respondents chose GGPoker. Yesterday’s stats suggest they might be right.

However, there’s a lot more poker to be played and even more prize money to be paid out between now and the end of April.