While many of us may be fighting off the cold, gray winter doldrums, our latest batch of Big Winners found plenty of ways to heat things up in poker tournaments across the US and Europe. From Nick Petrangelo’s back-to-back victories at PokerGO’s Stairway to Millions in Las Vegas to Farid Jattin’s six-figure score at the Seminole Hard Rock in Hollywood, Florida, and Dmytro Bystrovzorov’s WSOPC score at King’s Resort, the stars burned hot for the week ending on Jan. 23. 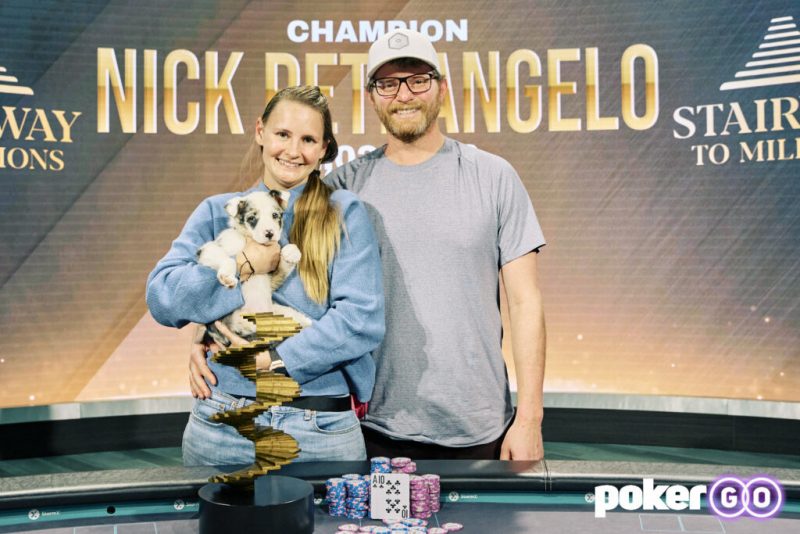 Petrangelo climbed to new career heights last week at PokerGO’s Stairway to Millions series at Aria. On Tuesday, he pulled off an amazing comeback in the series’ seventh event, turning a single big blind into a $567,000 first-place prize in a $50,000 tournament after defeating PokerGO 2021 Player of the Year Ali Imsirovic heads up.  Not content with that result, Petrangelo struck again on Wednesday, winning the series’ final event – a $100K high roller — for more than $1 million. By banking more than $1.6 million in just 24 hours, Petrangelo took his career tournament earnings to more than $23 million, solidifying his place in the upper-echelon of poker’s elite players. 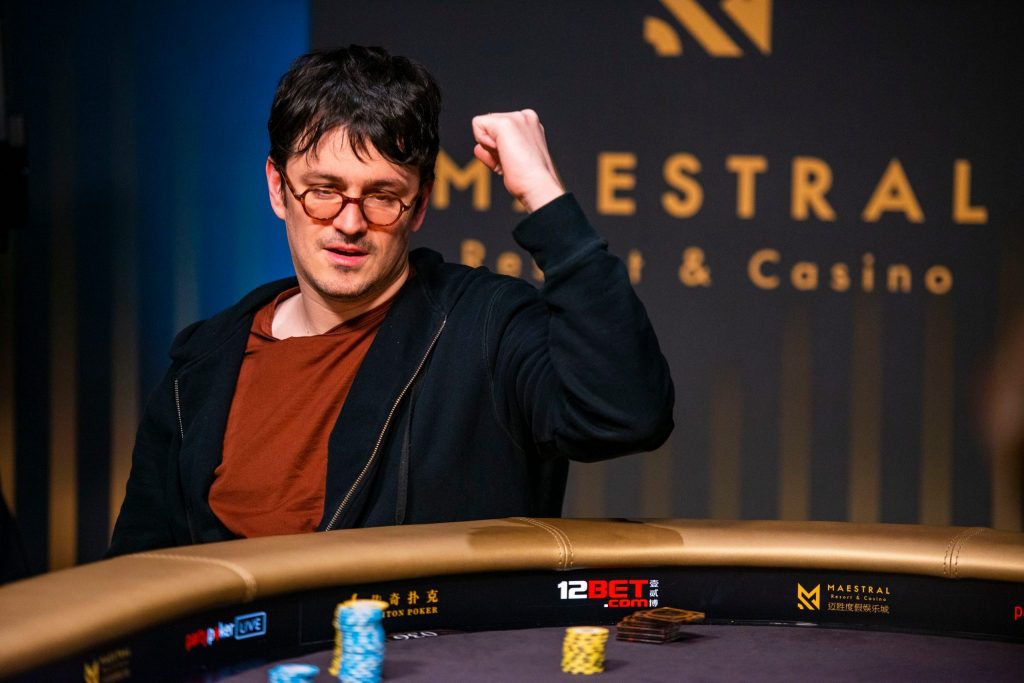 Haxton may have parted ways with Partypoker in December but that hasn’t affected his mindset. The American pro was back in action on Monday in GGPoker’s weekly high-stakes showdown. With a bumper field of 222 players anteing up in the $10,000 MTT, Haxton didn’t have it easy, but with 10 final tables and an outright win in this event, he was strong throughout. In the end, he outfought Pablo Brito Silva to claim his second Super Millions title. 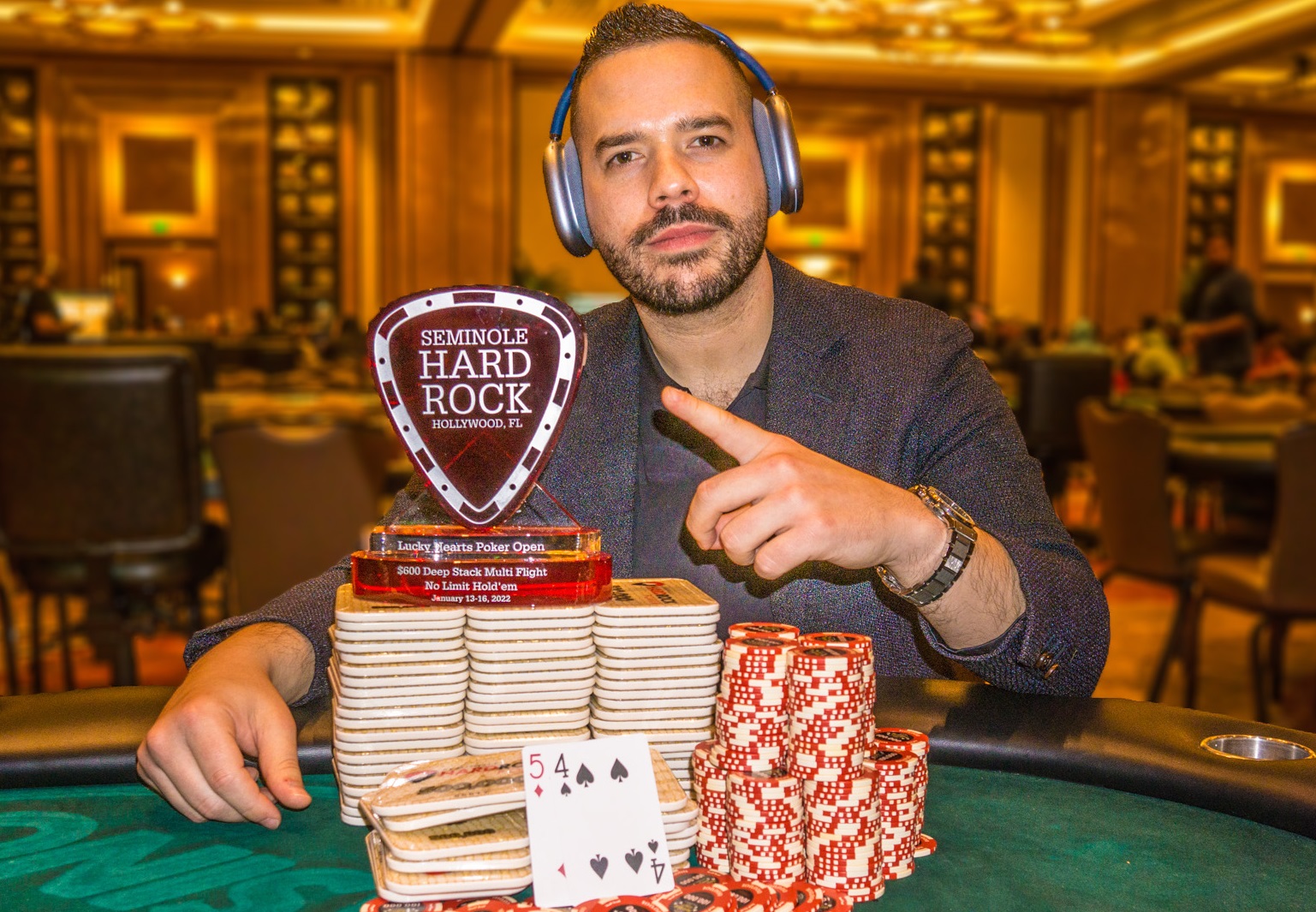 
The opening event of this year’s WPT Lucky Hearts Open proved that poker is alive and well in Florida. The $600, No-Limit Hold’em tournament attracted 4,960 entrants, which meant the prize pool surpassed the $2.5 million mark. That was great news for Jattin. The Colombian pro has a string of titles to his name, including EPT, Partypoker Live, and Aussie Millions side event wins. He added another WPT trophy to his collection on Monday after beating Dustin Nelson heads-up. 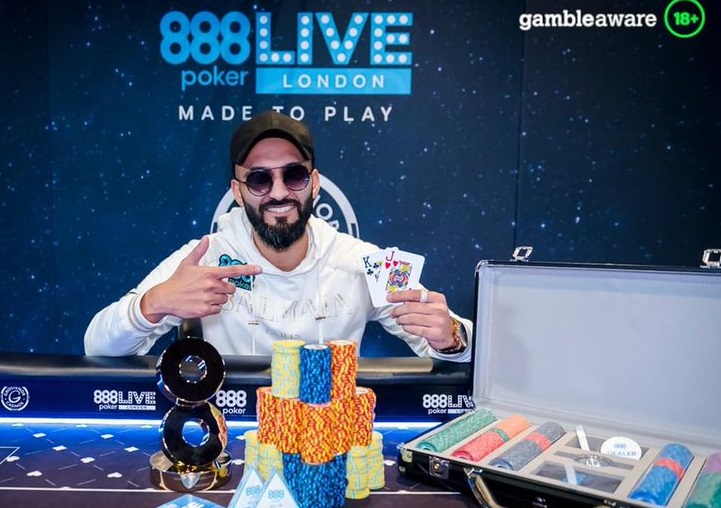 Khatri has been grinding the European tournament circuit since 2013. During that time he’s picked up multiple five-figure scores, as well as a GUKPT side event title. The Englishman’s seminal moment in poker came last Monday when he won the 888Poker Live London Main Event. Six-hundred-forty-two players anted up in the £888 ($1,200) tournament, but Khatri proved too strong for all involved. His dominant heads-up performance against Shah Athar earned him the title and his biggest win to date. 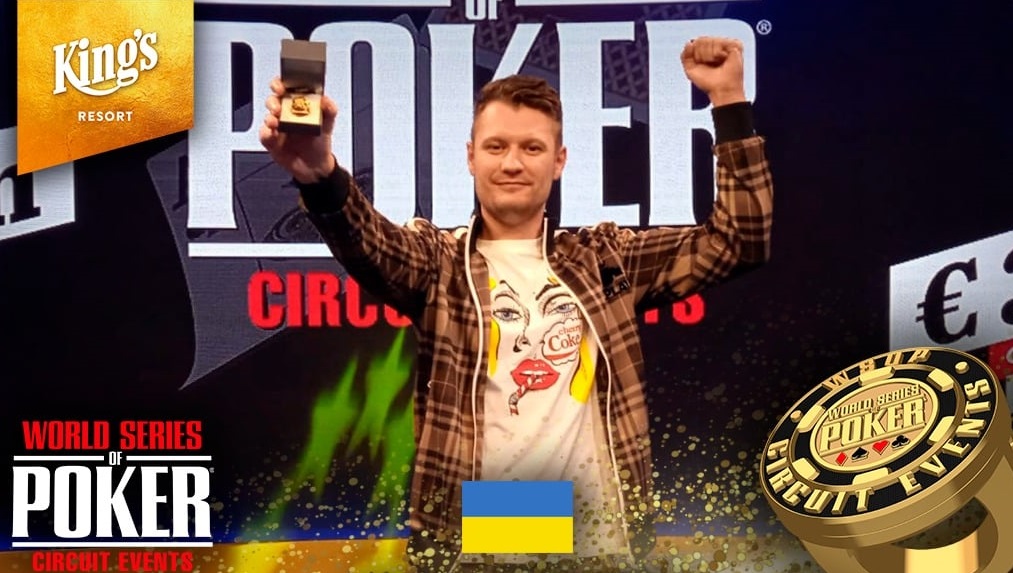 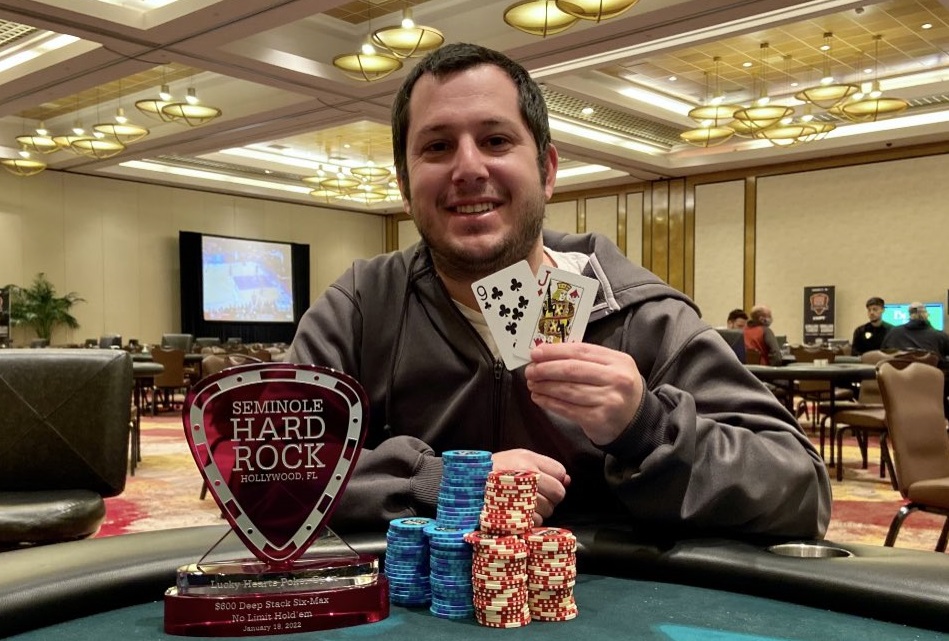 American pro Verderamo took his career earnings to $550,000 on Tuesday by winning the Lucky Hearts $600 six-max event. After topping a field of 392 runners, the man from Maryland tweeted that “heaters are real.” Verderamo wasn’t wrong; he drove straight from the airport to the casino before winning the event. Why was he almost late to the party? Because finished second in a $2,220 event at the Live! Maryland State Poker Championship for $106,471 just four days earlier. 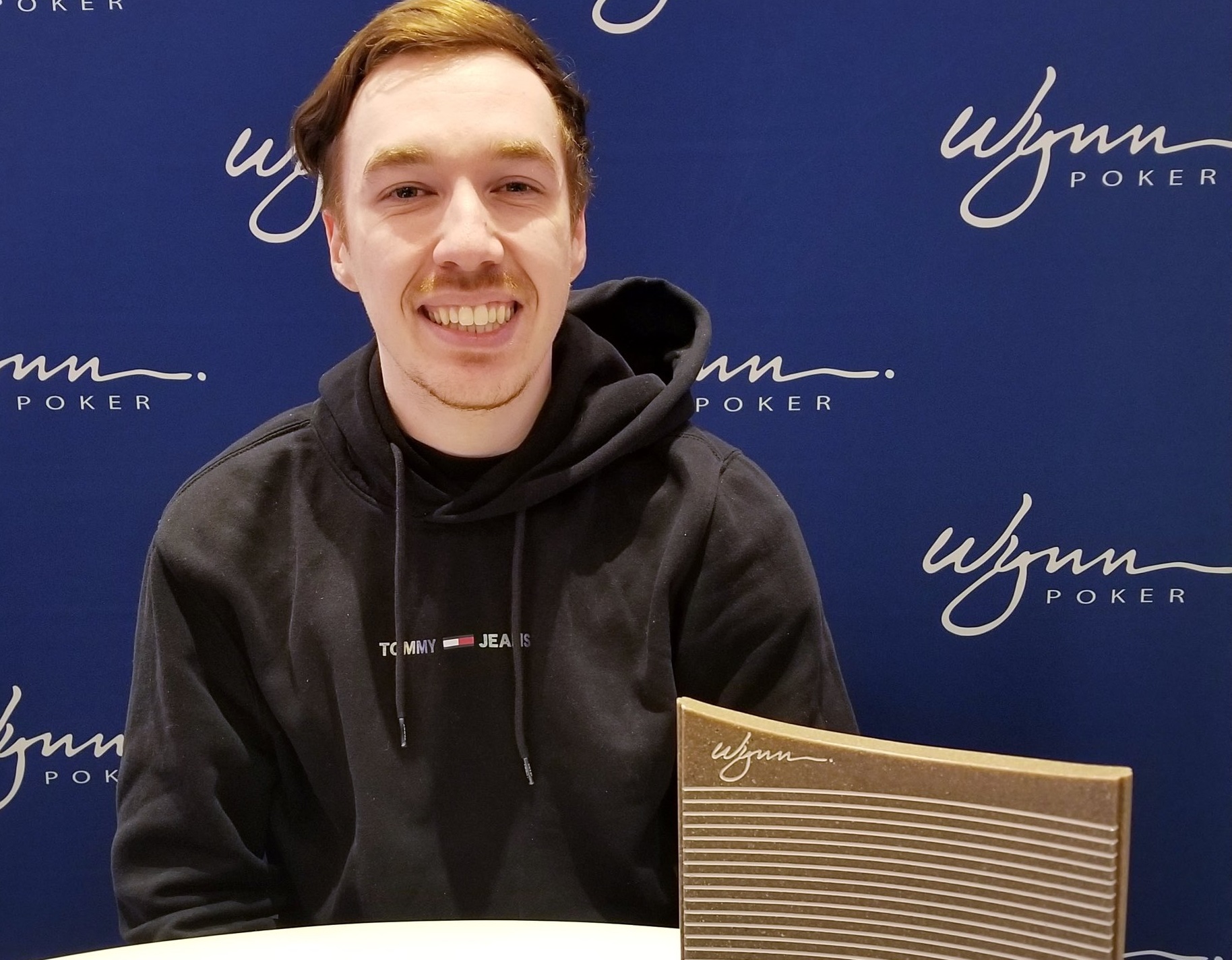 Manhattan’s Obinger picked up his second biggest win to date after taking down the Wynn’s $600 Signature Series event on Thursday. The American pro has more than 35 live cashes, including deep finishes in low-stakes WSOP events. Beating 300 players in Las Vegas last week earned Obinger his third live win and took his tournament earnings over the $140,000 mark.