Strong Start for WSOP Online, Pressure is on the WPT World Online Championships

The WSOP Online and WPT go head-to-head this month and, already, the World Series of Poker is piling the pressure on its competitor. 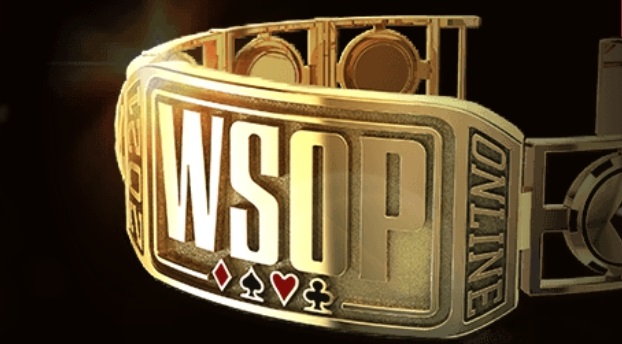 The WSOP Online has already surpassed expectations after thousands of players anted up in GGPoker’s bracelet events. (Image: GGPoker)

Sunday saw the start of the WSOP’s international online bracelet series on GGPoker and, after just three events, more than 30-thousand players have anted up. Leading the charge and surpassing expectations was a $50 tournament called The Return. Multiple starting flights fed into a final session on August 1 where Bartlomiej Swieboda won a bracelet and $161,919.

Swieboda had to beat a field of 30,810 entrants to win his first bracelet and the first international WSOP Online title of 2021. That level of interest pushed the event beyond its $1 million guarantee and ensured Swieboda won the lion’s share of a $1.4 million prize pool.

Next up was the $1,111 Ceasars Cares charity tournament. This event didn’t have a guarantee, but it still welcomed 1,584 entrants and created a $1.75 million prize pool. Rounding out GGPoker’s first run of WSOP Online events was the $2,500 No-Limit Hold’em Championship.

The WPT World Online Championships is just as prestigious as the WSOP and will get underway next week. However, it’s already under pressure thanks to an impressive start by its rival. With more than $3.5 million in prize money already paid out in just three events, WSOP Online is shaping up to be bigger than ever.

In practice, comparing the two online festivals on a like-for-like basis might not be fair. The WPT World Online Championships has a $5 million guaranteed main event. In contrast, the WSOP Online main event has a $20 million guarantee.

Moreover, Partypoker and the WPT are yet to finalize their championship schedule, so there may be some surprises in store. What we know for certain, however, is that the WSOP Online is off to a very strong start.

The Pressure is on the WPT and Partypoker

Two $1 million+ prize pools is impressive in any context and the bigger events are yet to start. The true acid test for the WSOP Online will come when the WPT Online Championships starts on August 12. Players will have more choices at that time, and that could negatively affect one or both festivals. That is, of course, if things go without a hitch.

With apologies once again, we are now cancelling running tournaments for this evening. All affected players will be contacted as soon as possible by email about refunds which will be carried out in accordance with our policy at https://t.co/Jm6lhKOtkX pic.twitter.com/Atw772ksIN

We’ve seen similar issues in the past; the site’s servers went down during the Partypoker Online Millions in 2020. Disgruntled players were eventually appeased, but a recurrence of the same problem just days before the WPT online festival could be a worry.

It’s worth noting that Party’s latest server outage was fixed without too much fuss. which means the only real pressure the World Online Championships may face is whether or not the WPT can match the WSOP’s strong start.