This week’s Big Winners features one of the greatest players in history, a rising star in the UK, and an amateur scooping a six-figure prize. So, to see how Daniel Negreanu clinched another title, Joe Hindry capitalized on his recent form, and Oliver Blakey upset the pros, scroll down for CardsChat’s Big Winners of the Week ending March 6. 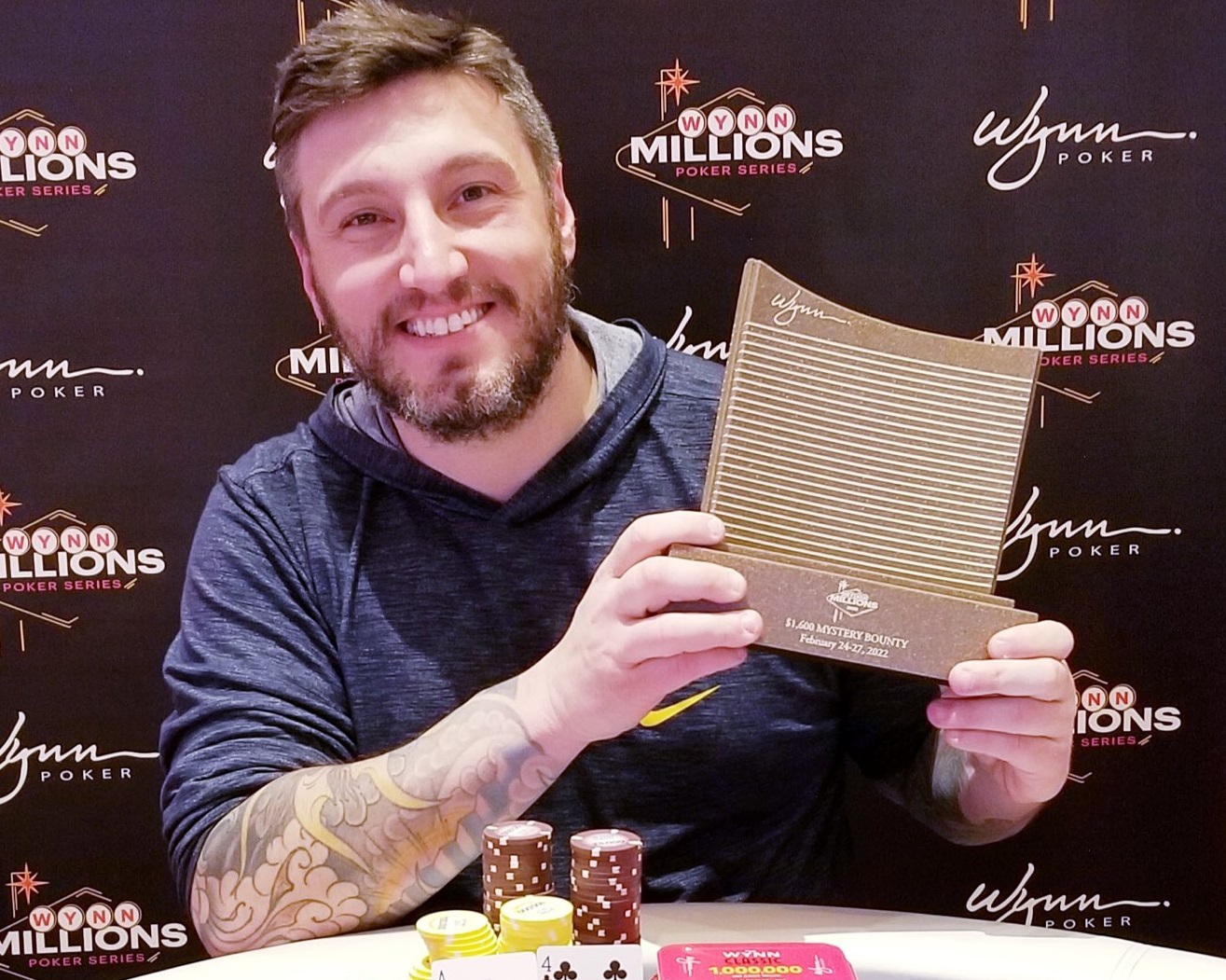 Konarske, otherwise known as Spa Geek, picked up nine bounties on route to winning his second live event on Monday. The American entrepreneur and poker enthusiast had just under $100,000 in tournament earnings prior to the $1,600 mystery bounty event. By the time he’d grinded his way through the 2,103-entrant field, he more than doubled that total. 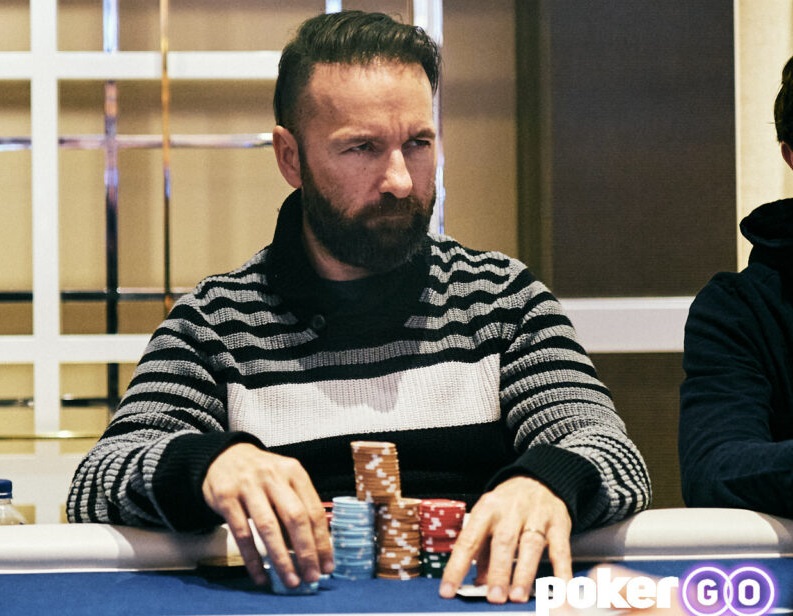 Negreanu knows how to win and that’s exactly what he did in the $15,000 Wynn Millions high roller. The Canadian pro added another title and six-figure score to his already impressive résumé by topping the 40-player field on Thursday. Ren Lin held the chip lead going into the final table but a timely double up for Negreanu turned the tide. Before long, the man known as Kid Poker was celebrating another high-profile tournament win. 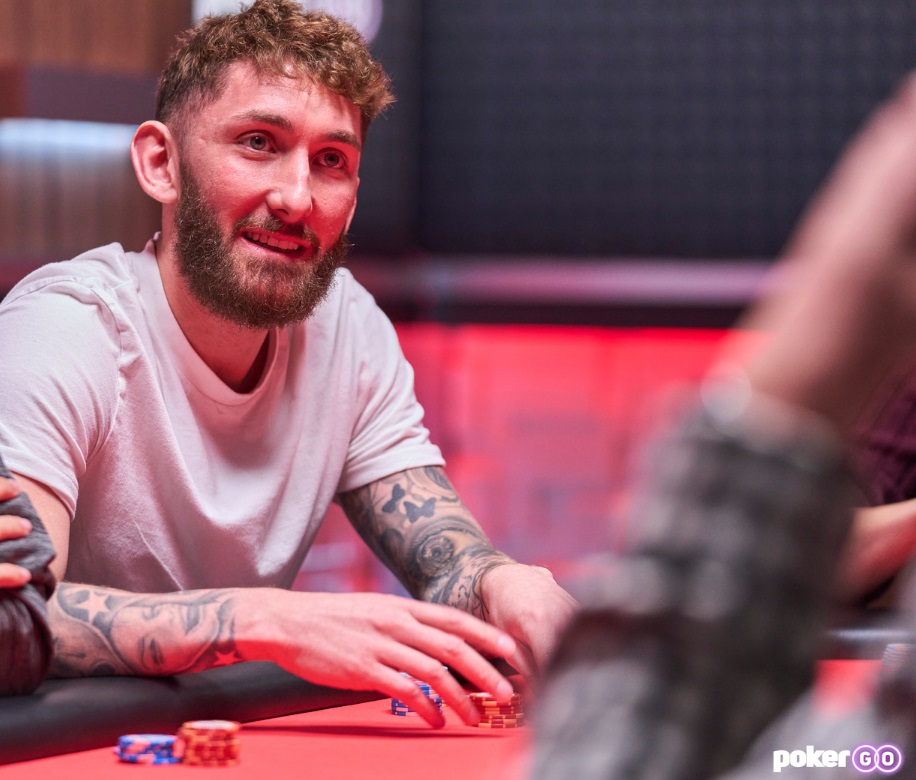 Blakey topped a 111-entry field on Thursday for the inaugural $5,000 StormX Invitational. The pro-am event was held in conjunction with PokerGo and featured a mix of famous faces, including Phil Hellmuth, Tom Dwan, and Maria Ho. Alongside the poker pros were a cast of celebrities and entrepreneurs, including UFC announcer Bruce Buffer, YouTuber DJ Crypto, and Litecoin founder, Charlie Lee. In the end, it was Blakey, a managing partner at Ascensive Assets, who beat Branden Hampton to lift the winner’s trophy. 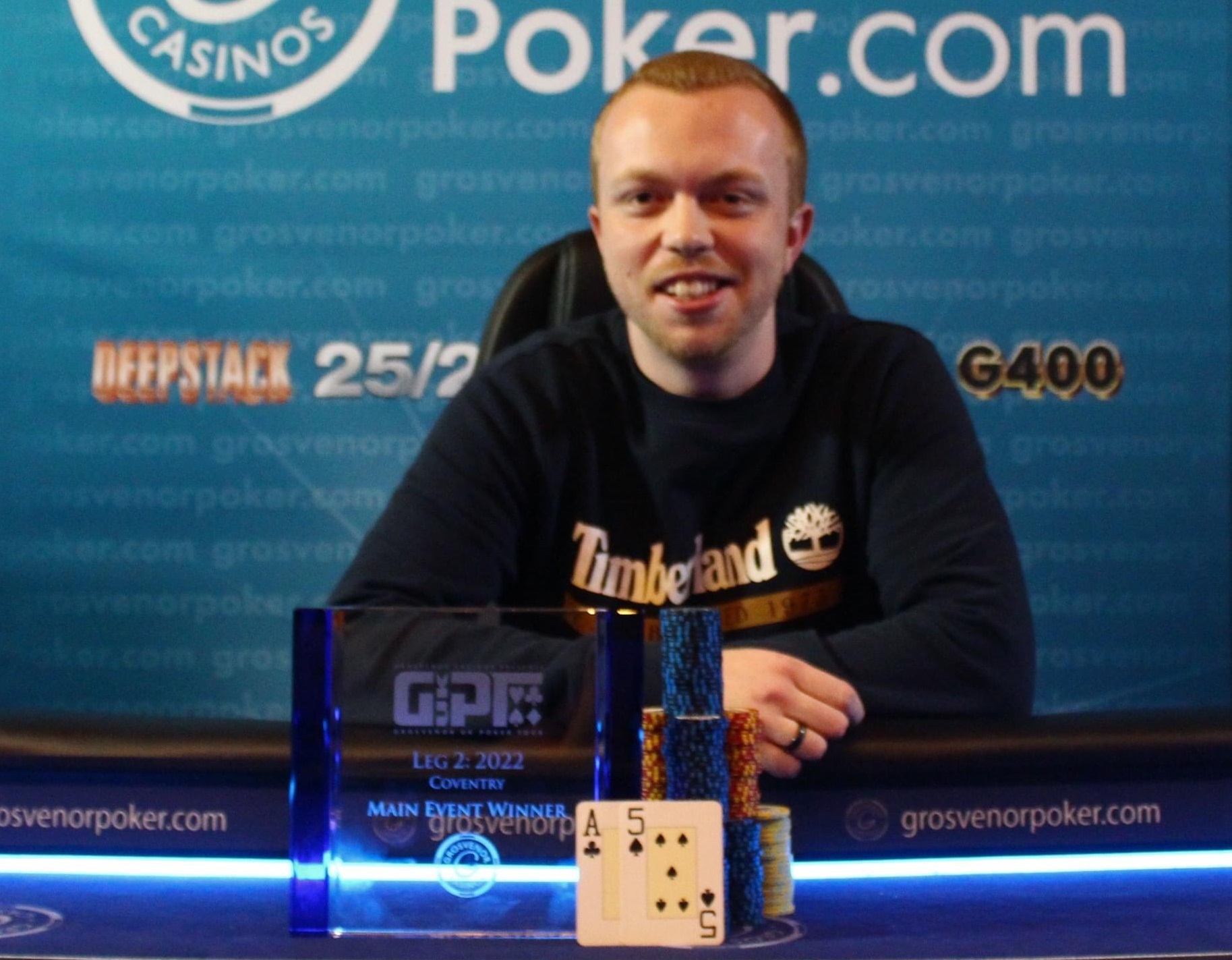 Hindry is fast becoming one of UK’s breakout tournament stars following his second victory of 2022 on Sunday. The Englishman won 888Poker’s London Weekend Live event for $81,238 on February 20 and followed that up last week by taking down GUKPT Coventry’s main event. 416 players entered the £1,000 ($1,300) tournament inside the CBS Arena, but Hindry rose to the top after beating veteran high-stakes pro, Richard Ashby, heads-up. 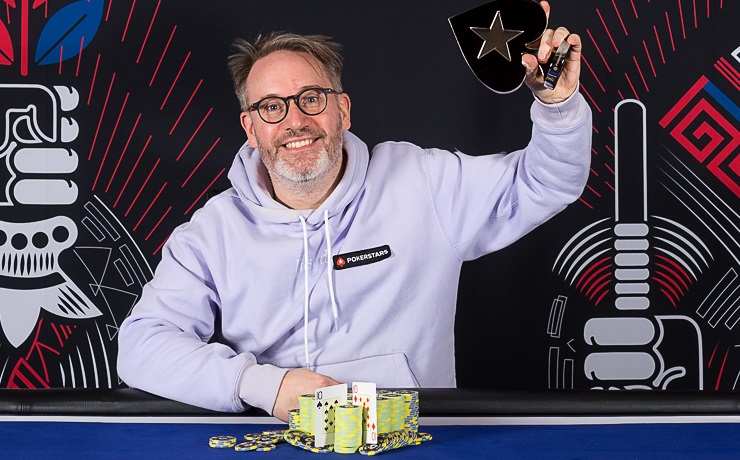 Grafton grabbed the first EPT trophy of 2022 in a €10,200 ($11,000) high roller on Sunday. The PokerStars ambassador flew from England to support his sponsor’s first major series of the year and took down the opening event with a smile. Despite facing some of the world’s finest tournament players on route to his fifth live title, Grafton was his usual jovial self. Eventually, once the 57-entry field was down to two, Grafton made light work of Niklas Astedt to bank a healthy five-figure prize. 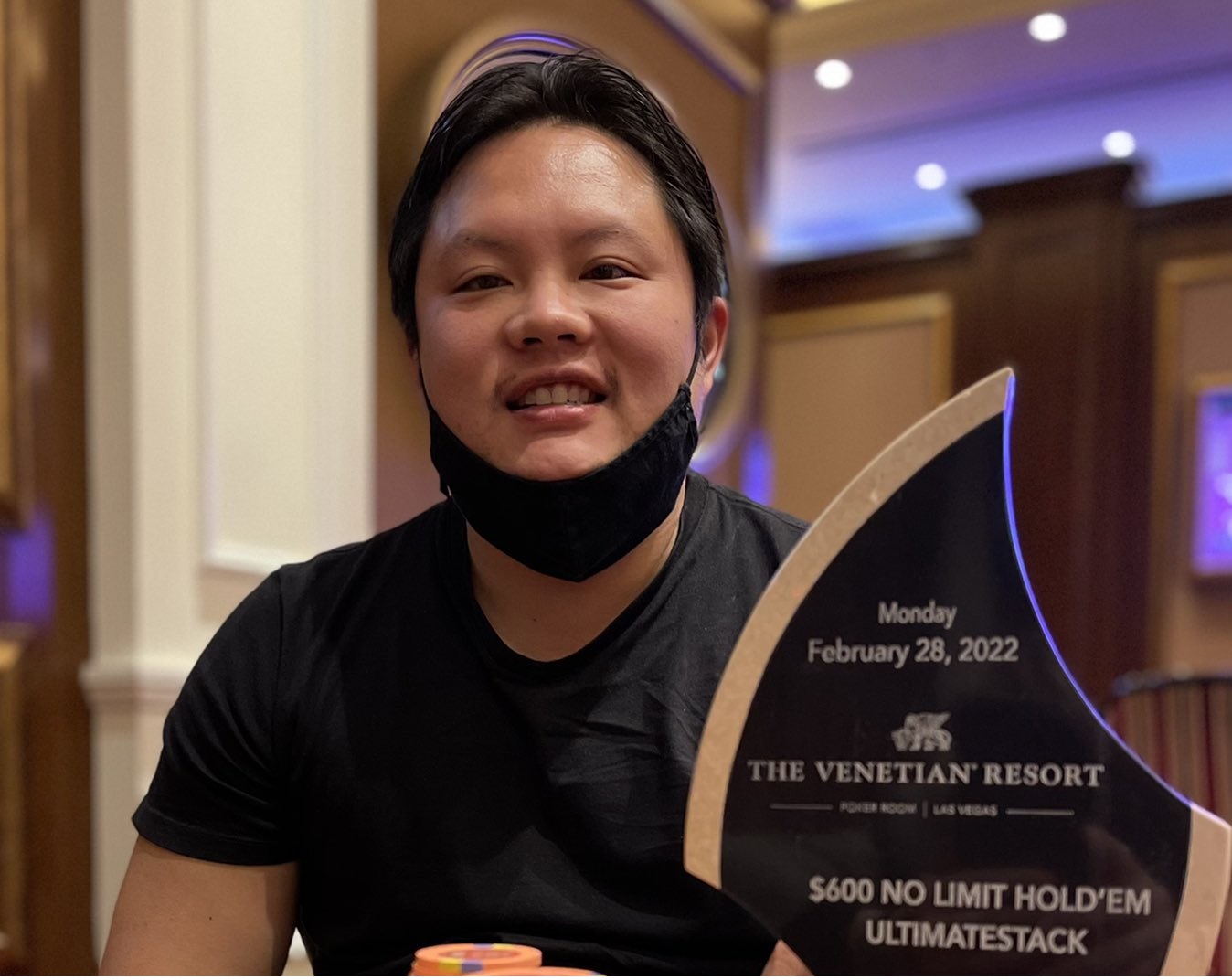 Tran is a busy man. When he’s not investing in real estate and looking after his family, he’s winning poker tournaments. The man from Vietnam, who now calls Philadelphia home, has two WPT titles to his name and, as of Monday, a Venetian DeepStack trophy. Tran overcame 974 players to win the $600 event and over $75,000 after a four-way deal. 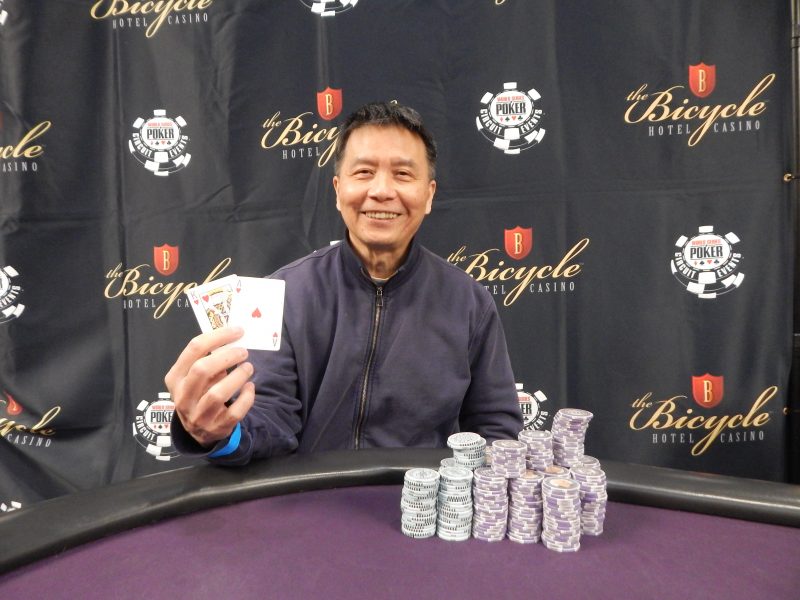 The WSOP Circuit is back at the Bicycle Casino starting this week, and that means that it’s ring season in SoCal. The opening $60,000 Guaranteed Event smashed that guarantee, getting nearly $150,000 in the middle, and the outright winner was Xiaochuan Xie. He took home a shade under $30,000, and also earned a free seat into the season-ending National Championship, a new change this year that we profiled earlier. There are more ring events coming up this week, including the WSOPC Main Event next weekend.